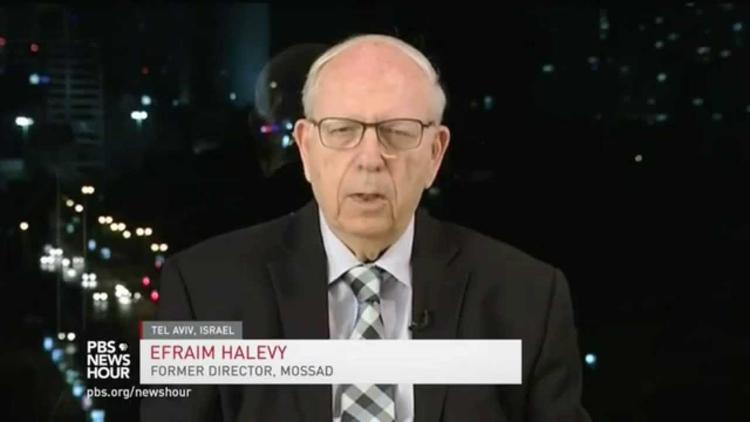 OXFORD (IPS) – Relations between Iran and Israel go back almost to the foundation of the State of Israel in 1948. Iran was the second Muslim-majority country to recognize Israel as a sovereign state, following Turkey, and the two countries had very close diplomatic and even military cooperation for many decades.

After the 1953 coup, which restored the Shah, Mohammad Reza Pahlavi, to power, relations improved further, and Israel and the CIA played a significant role in establishing the dreaded SAVAK, Iran’s intelligence organization, and training its personnel. Also, after the Six-Day War in 1967, Iran supplied Israel with a significant portion of its oil needs.

However, after the 1979 revolution, Iran severed all diplomatic and commercial ties with Israel. The Islamic government does not recognize the legitimacy of Israel as a state, but despite hostile revolutionary rhetoric against Israel, relations between the two countries have not always been too acrimonious. Indeed, during the Iran-Iraq war, in order to prevent Saddam Hussein’s victory, Israel joined the mission to Iran under U.S. President Ronald Reagan and even provided Iran with some weapons in what later on came to be known as the Iran-Contra Affair.

Iranian funding of groups like Hezbollah, Islamic Jihad and Hamas, which Israel regards as terrorist organizations, and Israeli support for terrorist groups such as the Mojahedin-e Khalq Organization, the Jundullah, a militant terrorist organization based in Baluchestan that has carried out a number of deadly attacks against Iran, as well as Israeli covert operations in Iran, including assassinations and explosions, have intensified animosity between the two countries and have led to a number of tit-for-tat attacks on each other’s citizens.

With the collapse of the Soviet Union, Israel could no longer continue to play that role. The removal of Saddam Hussein also removed a formidable enemy. Therefore, Israel directed all its attacks against a new enemy, namely Iran.

So, it is not a mere coincidence that Israel’s intense opposition to Iran’s nuclear program coincided with the collapse of the former Soviet Union and the removal of the threat from Iraq. Although Iran’s nuclear program had developed under the late Shah with active Israeli, South African and U.S. participation, after the revolution, when Iran tried to revive her program, Israel became its most vociferous opponent. Under the Iranian reformist government of President Mohammad Khatami there were some moves for a rapprochement with the West, including the recognition of Israel, but the George W. Bush Administration rebuffed those offers.

Meanwhile, the Israeli Prime Minister Benjamin Netanyahu has been continuously warning that Iran is on the verge of manufacturing a nuclear weapon and posing an “existential threat” to Israel. As early as 1992, he predicted that Iran would be able to produce a nuclear weapon within three to five years. In 1993, he claimed that Iran would have a nuclear bomb by 1999.This has been his constant refrain ever since the early 1990s and right up to the present time.

The interesting point is that the current and some former heads of Israel’s intelligence agency Mossad have contradicted Netanyahu’s claims. They maintain that there has been no indication that Iran is moving towards the acquisition of nuclear weapons or poses an existential threat to Israel.

It is important to remember that Netanyahu has not only tried to incite war against Iran, he even made the same false claims prior to the Iraq war in 2003.

Therefore, the propaganda against the Iraqi and Iranian alleged nuclear weapons have had less to do with the existence of such weapons and more to do with the perception that those two countries were hostile to Israel and had to be attacked in order to bring about a regime change.

It should be stressed that Netanyahu’s views in no way represent the views of the majority of American Jews who are on the whole liberal and peace loving. Indeed, poll after poll has shown that the support for the nuclear deal with Iran is stronger among American Jews than among the population at large.

Netanyahu’s attempts to kill the deal with Iran have been futile and counterproductive. His intrusion into American domestic politics, and his cynical use of the U.S. Congress to undercut a major foreign policy achievement, have been acts of gross discourtesy to the president and to the American people, and a violation of diplomatic protocol.

The real reason for Israeli opposition to Iran’s nuclear program has been the fear of becoming irrelevant in the eyes of the U.S. administration as far as the Middle East is concerned. Iran’s alleged nuclear bomb also been used as an excuse to divert attention from Israel’s own nuclear arsenal and illegal expansion into occupied Palestinian territories.

Instead of continuing with this campaign of vilification and inciting a military attack on Iran, it would be wiser for Israel to try to reach a settlement with the Palestinians and pave the way for peaceful coexistence with regional countries, including Iran. The emergence of terrorist organizations that pose a serious threat to the entire world should bring Iran and Israel closer to fight that dangerous menace. The two countries should tone down their ugly rhetoric and violent activities against each other, and realize that dialogue and compromise always produce better results than war and bloodshed.

Meanwhile, it is time to focus on Israel’s nuclear weapons and establish a nuclear-free zone in the Middle East.

Farhang Jahanpour is a former professor and dean of the Faculty of Foreign Languages at the University of Isfahan and a former Senior Research Fellow at Harvard University. He is a tutor in the Department of Continuing Education and a member of Kellogg College, University of Oxford. This is the eighth of a series of 10 articles in which Jahanpour looks at various aspects and implications of the framework agreement on Iran’s nuclear programme that was reached in July 2015 between Iran and the United States, United Kingdom, Russia, France, China and Germany, plus the European Union