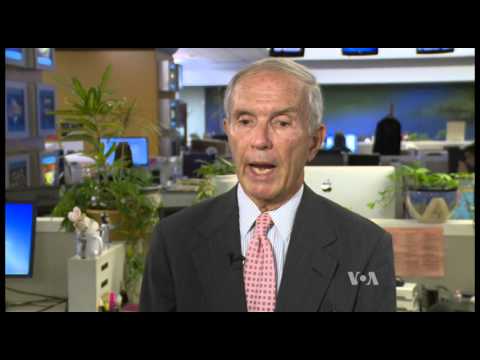 The Saudi-owned, pan-Arab London daily al-Sharq al-Awsat (the Middle East) reported on the meeting Friday between King Salman of Saudi Arabia and President Obama and their top foreign policy and security teams.

“American officials told al-Sharq al-Awsat that President Obama is eager to calm Saudi anxieties about Iranian influence and its interventions in the region, and that he pledged that the US would hold Iran’s feet to the fire about implementing its undertakings and preventing it from ever possessing a nuclear weapon. President Obama also vowed that his country would guarantee the security of the Gulf region and would expedite the arrival of American military frigates, in accordance with agreements already reached.”

In a news conference held after Friday’s consultations, DW reports,

‘”Saudi Foreign Minister Adel al-Jubeir said on Friday that President Barack Obama had assured the Saudi king that the deal agreed in July with Iran prevents Tehran from acquiring nuclear weapons, includes inspections of military and suspected sites and has a provision for re-imposing sanctions should Iran violate the agreement.

Al-Jubeir said that under those conditions, Saudi Arabia would support the deal.

“Now we have one less problem for the time being to deal with, with regards to Iran,” al-Jubeir said after a meeting between the king and Obama on Friday. “We can now focus more intensely on the nefarious activities that Iran is engaged in in the region.”‘

It is not clear whether the Saudi acceptance of the nuclear agreement with Iran is sincere or just a form of summitry politeness. But that the Saudis are willing to assent to the agreement publicly is what matters for politics. Other Middle Eastern countries may well follow Riyadh’s lead here.

Al-Jubeir was obviously saying that Saudi Arabia’s problems with Iran go well beyond that country’s facilities for enrichment of uranium. In Syria, Saudi Arabia wants Bashar al-Assad gone, as a war criminal. Obama agreed with King Salman that Bashar al-Assad must go. But Obama clearly doesn’t consider removal of al-Assad to be a front-burner activity, and is more focused on rolling back Daesh (ISIL, ISIS).

The US and Saudi Arabia also took up the issue of Yemen, where some 50 troops were killed Friday when Houthi rebels shelled a munitions depot on a military base . The Houthis by deploying a tribal militia to take over the country were overambitious and are likely to be rolled back. Al-Jubeir said Saudi Arabia was reluctant to send in food aid to Yemen lest it benefit the Houthi rebels. Riyadh wants the United Nations to take charge of establishing humanitarian corridors for food delivery.

Al-Jubeir blamed Iran for interfering in the Arab world since its 1979 revolution. (Ayatollah Khomeini declared kingship illegitimate in Islam, which rather bothered the Saudi royal family, and called on Iraqi Shiites to rise up against their Sunni-dominated Baathist government. On the other hand, to be fair, Iran didn’t invade any countries but was invaded by Iraq with substantial Saudi financial backing, so this talk of unwarranted interference in the Middle East is a little rich.)

In the end, it is with high-powered new weaponry that the US is enticing Saudi cooperation.