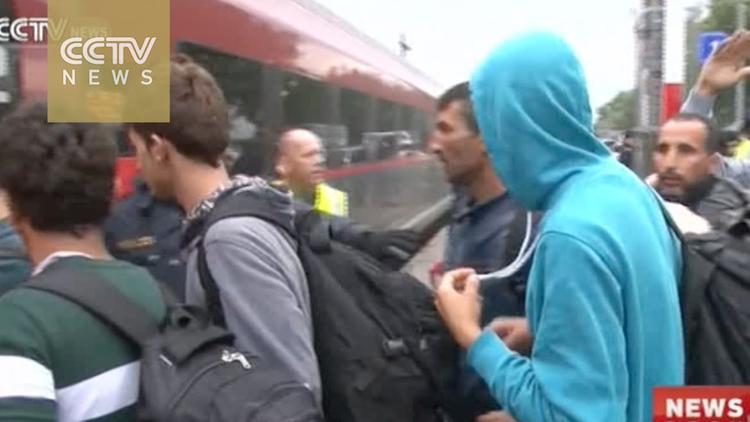 UNITED NATIONS (IPS) – The military conflicts and political instability driving hundreds of thousands of refugees into Europe were triggered largely by U.S. and Western military interventions for regime change – specifically in Iraq, Afghanistan, Libya and Syria (a regime change in-the-making).

The United States was provided with strong military support by countries such as Germany, Britain, France, Italy and Spain, while the no-fly zone to oust Libyan leader Muammar Gaddafi was led by France and the UK in 2011 and aided by Belgium, Denmark, Norway and Canada, among others.

“[European leaders] stay silent about the military intervention and regime change in which Europeans were major actors, interventions that have torn the refugees’ homelands apart and resulted in civil war and state collapse.” — James A. Paul, former executive director of the New York-based Global Policy Forum

Last week, an unnamed official of a former Eastern European country, now an integral part of the 28-nation European Union (EU), was constrained to ask: “Why should we provide homes for these refugees when we didn’t invade their countries?”
This reaction could have come from any of the former Soviet bloc countries, including Hungary, Slovakia, Bulgaria, Romania, the Czech Republic, Slovakia or Latvia – all of them now members of the EU, which has an open-door policy for transiting migrants and refugees.

The United States was directly involved in regime change in Afghanistan (in 2001) and Iraq (in 2003) – and has been providing support for the ouster of Syrian President Bashar al-Assad battling a civil war now in its fifth year.

U.N. Secretary-General Ban Ki-moon, who says he is “horrified and heartbroken” at the loss of lives of refugees and migrants in the Mediterranean and Europe, points out that a large majority of people “undertaking these arduous and dangerous journeys are refugees fleeing from places such as Syria, Iraq and Afghanistan.”

James A. Paul, former executive director of the New York-based Global Policy Forum, told IPS the term “regime change refugees” is an excellent way to change the empty conversation about the refugee crisis.

Obviously, there are many causes, but “regime change” helps focus on a crucial part of the picture, he added.

Official discourse in Europe frames the civil wars and economic turmoil in terms of fanaticism, corruption, dictatorship, economic failures and other causes for which they have no responsibility, Paul said.

“They stay silent about the military intervention and regime change in which Europeans were major actors, interventions that have torn the refugees’ homelands apart and resulted in civil war and state collapse.”

The origins of the refugees make the case clearly: Libya, Syria, Iraq, Afghanistan are major sources, he pointed out.

Also many refugees come from the Balkans where the wars of the 1990s, again involving European complicity, shredded those societies and led to the present economic and social collapse, he noted.

He said the Covenant “was written up for the time of the Cold War – when those who were fleeing the so-called Unfree World were to be welcomed to the Free World”.

He said many Third World states refused this covenant because of the horrid ideology behind it.

“We need a new Covenant,” he said, one that specifically takes into consideration economic refugees (driven by the International Monetary Fund) and political (war) refugees.

The 1951 Convention guarantees refugee status if one “has a well-founded fear of persecution because of his/her race, religion, nationality, membership in a particular social group or political opinion.”

Asked about the Eastern European reaction, Prashad said: “I agree entirely. But of course one didn’t hear such a sentiment from Lebanon, Turkey, Jordan and others – who also welcomed refugees in large numbers. Why say, ‘Why should we take [them]?’ Why not say, ‘Why are they [Western Europe and the U.S.] not doing more?’” he asked.

While Western European countries are complaining about the hundreds of thousands of refugees flooding their shores, the numbers are relatively insignificant compared to the 3.5 million Syrian refugees hosted by Turkey, Jordan and Lebanon – none of which invaded any of the countries from where most of the refugees are originating.

Paul told IPS the huge flow of refugees into Europe has created a political crisis in many recipient countries, especially Germany, where neo-Nazi thugs battle police almost daily, while fire-bombings of refugee housing have alarmed the political establishment.

The public have been horrified by refugees drowning in the Mediterranean, deaths in trucks and railway tunnels, thousands of children and families caught on the open seas, facing border fences and mobilized security forces.

Religious leaders call for tolerance, while EU politicians wring their hands and wonder how they can solve the issue with new rules and more money, Paul said.

“But the refugee flow is increasing rapidly, with no end in sight. Fences cannot contain the desperate multitudes.”

He said a few billion euros in economic assistance to the countries of origin, recently proposed by the Germans, are unlikely to buy away the problem.

“Only a clear understanding of the origins of the crisis can lead to an answer, but European leaders do not want to touch this hot wire and expose their own culpability.”

Paul said some European leaders, the French in particular, are arguing in favour of military intervention in these troubled lands on their periphery as a way of doing something.

Paul also said “the aggressive nationalist beast in the rich country establishments is not ready to learn the lesson, or to beware the “blowback” from future interventions.”

“This is why we need to look closely at the ‘regime change’ angle and to mobilize the public understanding that this was a crisis that was largely ‘Made in Europe’ – with the active connivance of Washington, of course,” he declared.