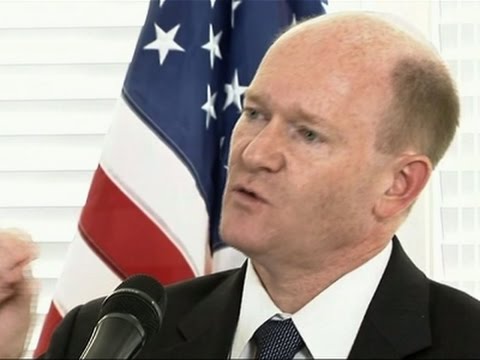 The Israel lobbies don’t win every fight on Capitol Hill, but over time they have tended to win the big ones in recent decades. This time, they are going down. Israeli prime minister Binyamin Netanyahu, a notorious narcissist, appears to have completely over-estimated his ability to deploy those lobbies to overrule President Obama on the United Nations Security Council’s deal with Iran to monitor its civilian nuclear energy program so as to forestall any break-out toward an atomic bomb.

On Tuesday, two Democrats known as Iran hawks came out for the agreement, Senator Robert P. Casey of Pennsylvania and Senator Chris Coons of Delaware. That made 31 Democrats and 2 independents in the Senate for Obama, and he only needed 34 to block an override of his veto if a resolution is passed in Congress and sent to his desk.

Update Then Wednesday morning Sen Barbara Mikulski of Maryland declared for the agreement, giving Obama his 34.

In fact, the Democrats and independents have 46 seats, and Obama has so far only lost two senators, Schumer and Menendez. If he can keep at least 39 Democrats and the two independents with him, he could even avoid the embarrassment of a resolution against the deal passing at all. Given that Casey and Coons are hard line Iran hawks, if Obama can get them, there are others in the undecided column that will be even easier to convince.

It is highly likely that most Democrats in the House will stand with the president, as well.

Casey’s office put out a 17-page statement on the deal. He said, “This agreement will substantially constrain the Iranian nuclear program for its duration, and, compared with all realistic alternatives, it is the best option available to us at this time . . . ” Casey called it “one of the most difficult decisions of my public career.”

Chris Coons said at a talk at the University of Delaware:

Coons does not like some aspects of the agreement very much, but he is convinced that to withdraw from it would isolate the US from the other Security Council members rather than isolating Iran. He also doesn’t think getting a better deal or reimposing severe sanctions is plausible.

Representatives and senators generally try to represent their constituents, and a recent poll [pdf] found that three-fourths of Democrats would find it acceptable or tolerable if Congress approved of the Vienna agreement with Iran. Moreover, 63% of the general public feels that way! Democrats and independents, who together make up at least two-thirds of the electorate, agree on this matter. Among Republicans, even 44% of them would find approval tolerable or acceptable.

The US has many ethnic lobbies, and the Israel lobby is not different from the Cuban or Armenian. The Israel lobbies have lost battles that were important to them (they initially opposed the massive arming of Saudi Arabia, but Saudi Arabia is nevertheless massively armed). Moreover, ethnic lobbies are often not completely united on certain issues, and that is what happened here.

Netanyahu faced the problem that the US Jewish community strongly favors the Iran deal. In polling, Jewish Americans are much more enthusiastic about it than the general American public, which also largely supports it. The left-leaning lobby for Israel, J-Street, has even spent millions on television advertising in support of the agreement. There is a sense in which the Iran deal is a project of the American Jewish community as well as of other Democrats, and is their reaction against the excesses of Bush’s Iraq War. A majority of the Jewish senators have come out for it. They believe that diplomacy can make Israel more secure, whereas flailing about fighting wars and undermining stability in the region has made it an even more dangerous neighborhood for Israel. The much more hawkish American Israel Public Affairs Committee, the Jewish Institute for National Security Affairs, the Zionist Organization of America and other constituents of the Israel lobbies have all along represented a small proportion of the American Jewish community. It is admittedly an extremely wealthy sliver of the community, but votes and enthusiasm matter more than money, or Mitt Romney would be president.

The only suspense now is whether Obama can get 41 in the Senate and so forestall a negative resolution entirely. That would be best of all.

Note: This prescient post originally went up before Sen. mikulski’s announcement & it has been slightly revised to reflect this development.