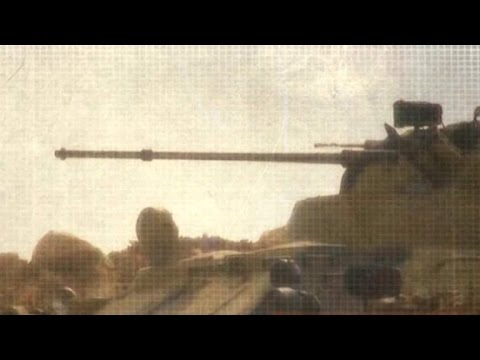 Reuters reports, based on sources in Beirut, that Russia is increasing its involvement in Syria, backing the military of beleaguered dictator Bashar al-Assad. Russia appears to be offloading tanks at its Tartous naval base on the Syrian coast, and may also be establishing an interior air field for Russian planes. Increased numbers of Russian advisers and support troops are being embedded in Syrian army units.

Al-Assad has been on a losing streak in the past few months, having lost all of Idlib province in the north to a coalition, the Army of Conquest, one major component of which is al-Qaeda (the Support Front). He also lost the desert town of Palmyra in the east, to Daesh (ISIS, ISIL).

Russia is determined not to lose one of its few remaining Middle Eastern client states. Moreover, it doesn’t want a Daesh or al-Qaeda-ruled state only 20 hours drive from its Caucasus provinces, such as Chechnya. (Chechen volunteers are fighting in Daesh, and President Vladimir Putin fears that a Daesh victory in Syria could embolden Chechens to launch another holy war.)

The increased Russian presence has upset the United States, which is unilaterally intervening in Syria against Daesh, and which has called from al-Assad to step down. Given the lack of a UN Security Council authorization of the use of force, the American bombing of Syria might be seen as a violation of international law. But the Syrian government appears to have given its blessing to US air strikes on Daesh, so that the intervention in Raqqa is probably not illegal.

The increased Russian presence is likely intended to deter the US from striking at al-Assad forces, as Washington said it was contemplating in early August. The US can’t hit Syrian forces if it isn’t sure it won’t also be killing Russians. In early August, a Putin spokesman said that US air strikes on Baath Party targets would just help Daesh/ISIL. Vedomosti reported, according to BBC monitoring:

“Petr Kozlov and Aleksey Nikolskiy article headlined “Russia to help Syria” says that Russia has increased military supplies to Syria since early August. The USA has expressed concern about the move. Russian pundit Yevgeniy Satanovskiy believes that Washington and its allies “have launched active anti-Russian propaganda as they are preparing an attack on Syrian President Bashar al-Asad and Russia’s military supplies may wreck it”; p 2″

Genuine Russian fears that the US might target al-Assad from the sky may be behind Moscow’s attempt to bolster the Syrian military.

Russia seems mainly, however, to intend to put some steel in the spine of al-Assad’s forces. If the reports of increased Russian presence in Syria are true, these steps resemble the Obama administration’s reestablishment of an Iraq command from last year in the face of the Daesh onslaught.