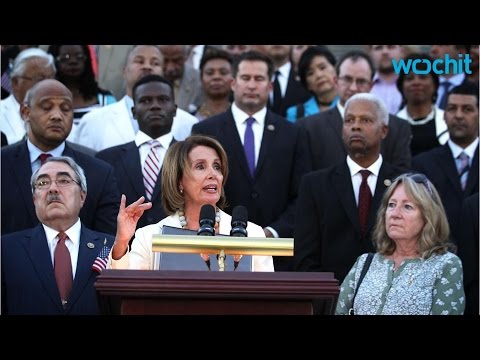 40 Democratic senators and two independent senators stood with President Obama on Thursday, preventing any congressional condemnation of the UN Security Council’s Vienna agreement with Iran over its civilian nuclear enrichment program. By the genteel rules of the senate, proponents of the censure vote needed 60 senators to prevent a filibuster. They had 58.

Four Democratic Senators sided with the Israel lobbies loyal to far right Likud Party prime minister Binyamin Netanyahu, but that the lobbies could not persuade more Democrats makes this defeat their most severe since the early 1980s when they failed to block weapons sales to Saudi Arabia. This Iran vote was far more consequential.
How did Obama win?

1. First, the Israel lobbies in Washington made the issue a partisan one– a huge mistake on their parts. The American Israel Public Affairs Committee (AIPAC), Israeli Prime Minister Binyamin Netanyahu and billionaire gadfly Sheldon Adelson all associated the deal with the Democratic Party, and opposition to it as Republican. When, outrageously, the GOP invited Israeli Prime Minister Binyamin Netanyahu to address Congress, the Democrats in Congress asked for a sidebar with him, and he absolutely refused. I think we may conclude that when the Israel lobbies support positions susceptible of bipartisan support, they can have fair success. But when they support the position of one party against the other, they likely lose. They also lose when they are not united. A major member of the Israel lobbies, J Street, lobbied heavily for the deal.

2. The Obama administration arranged for Democratic members of Congress to be briefed by US allies in Europe that were involved in the negotiations. British PM David Cameron, French Pres. Francis Hollande, and German Chancellor Angela Merkel came out strongly for the deal. The Europeans pointed out that no one in the international community was going to continue sanctions on Iran if the deal was shot down.

3. Democrats were scarred by the Iraq War, and Obama’s argument that without the nuclear deal there likely will be a US war on Iran down the road, proved persuasive.

4. In the Democratic party, by the beginning of September, the Iran deal had 70% support. Adelson’s, and Saudi Arabia’s, campaigns of commercials on radio and television backfired. Congresspeople tend to listen to their constituents.