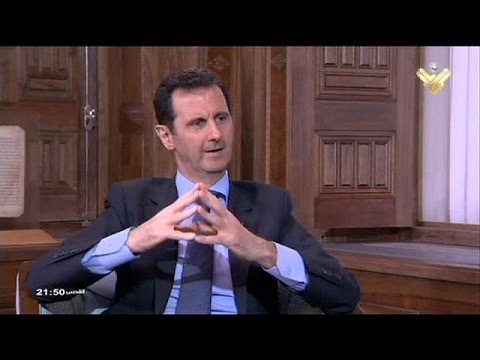 The Israeli press is reporting that Iran has made a firmer military alliance with the Russian Federation in Syria, and that Moscow is sending pilots to Damascus to fly missions in that country against Daesh (ISIS, ISIL) and other Muslim extremist groups.

The Syrian regime of Bashar al-Assad has suffered a series of losses, in Idlib, Palmyra and elsewhere, and Russia may be afraid that without a substantial intervention, the regime could fall.

Some Syrian Daesh units and other vigilante extremists have a Chechen presence; Chechnya is a territory of the Russian Federation that launched two major rebellions, in the 1990s and again at the turn of the century, and Chechen extremists remain a top security concern for Moscow. To have nearby Syria (only a 20-hour drive from the Russian border through Georgia and Turkey). Russia does not want an extremist Muslim state so near to it, which will give support to Chechen and other rebels inside the federation.

BBC Monitoring translates from the Hebrew of Alex Fishman’s report in the daily Yediot Aharanot:

“Russian combat pilots will arrive in Syria in the next few days and operate battle helicopters and warplanes of the Russian air force against ISIS targets and the extreme Islamist militias operating to topple Asad’s regime… Indeed, the Russians have no hostile intentions towards Israel or any other sovereign state in the region and their central objective is fighting ISIS and preserving Asad’s regime, but the mere presence of a Russian aerial force in the skies of the region will certainly also influence the considerations in relation to the way Israel airforce is used… Thus an Iranian-Russian coalition is being formed alongside the coalition of the United States and its allies against ISIS. On the way, Iran has become a central axis – in the eyes of the powers – to solving all the ills of the Middle East.” [From commentary by Alex Fishman in centrist, mass circulation Yediot Aharonot]

The Arabic newspaper Elaph expanded on the story and pointed out that there had been earlier reports that Moscow intended to send Mig-28 fighter jets to the al-Assad regime.

The rumors now are that Russia intends to go much further, and has decided to do for Syria what the US did last summer and fall for Iraq. Moscow will, Elaph says, send thousands of military personnel as trainers, along with some pilots, to shore up the al-Assad regime.

The plans are alleged to come out of closer diplomatic and militiary ties between Russia and Iran, and to have been approved by the commander of Iran’s special forces, the Quds Force (Jerusalem Brigade), Qasem Soleimani. Soleimani is alleged to have made a recent visit to Moscow to coordinate the new strategy.

While Israeli sources are worried about the growth of a Russia-Iran alliance in the region, Elaph maintains that the United States is perfectly happy with the Russian plans, which add firepower in the US coalition’s own bombing campaigns (which have included Australia, the UK, Turkey and some Gulf fighter jets). It says the US is already engaged in a similar coordination with Iran against Daesh in Iraq.