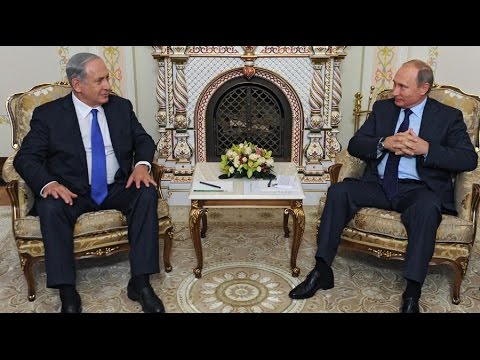 Netanyahu and his circle appear to have three major concerns about Russia’s military build-up in Syria.

The first is that Russian backing will embolden the regime of Baath president Bashar al-Assad to lob some missiles at Israel from time to time, as has already happened. Al-Assad believes that Israel is de facto allied with al-Qaeda affiliate the Support Front in the Golan Heights and southern Syria, in preference to the Hizbullah guerrillas that are supporting the regime against al-Qaeda. Some of al-Assad’s units, frustrated with Israeli policy, have occasionally shelled Israel. With Russian advisers and trainers at their forward operating bases, Israel would be forestalled from replying with an attack on those bases.

The second is that Russian weaponry and training will go not just to the Syrian government but will also lead into the hands of Hizbullah, strengthening the guerrilla movement. Some Israeli analysts see the danger of a Russia-Iran-Hizbullah axis in Syria. (CNN’s Wolf Blitzer, in the 6 pm hour on Monday, reported that Israel’s government is worried that Russian weaponry might fall into the hands of “terrorists.” I thought to myself that the big cache of Western weapons that fell into the hands of Daesh (ISIS, ISIL) was American, not Russia. Then I gradually realized that Israeli officials don’t call Daesh and al-Qaeda in Syria terrorists, reserving the term for Shiite Hizbullah, which is battling al-Qaeda at Zabadani. This is because the Salafi Sunni forces don’t form the same obstacle to Israeli expansionism as Hizbullah does — it kept Israel from annexing south Lebanon).

The third is that Israel might accidentally shoot down a Russian plane or hit a Russian forward operating base, provoking an international incident.

As for point number 1 above, Tass (trans. BBC monitoring) reported, Putin told Netanyahu, “As for fire, we know about it and condemn it. As far as I know, this is done with D.I.Y. missile systems . . . As for Syria, we know and understand that Syrian army and Syria in general are in such a shape that they aren’t up to opening the second front, they are just up to saving their own statehood . . .”

It is not clear what Putin told Tel Aviv about his alliance with Iran (and therefore de facto with Hizbullah.)

Sheldon Adelson’s free Israeli newspaper, Yisrael Hayom speculated that Netanyahu bringing the two military men along “indicates that the journey to Moscow is intended to be practical not an attempt to persuade Russia to stay out of burning Syria, but to delineate lines for military activity to prevent friction with the IDF.” – Yisrael Hayom

Amos Harel in the left-of-center Ha’aretz (via BBC Monitoring) wrote Monday, “Israel wants to ascertain that the arrival of the Russian planes to the region would not limit the Air Force freedom of operation on its northern border and would not cause unwanted accidents or air battles.” He said Moscow would be informed that Israel isn’t taking sides in Syria, but has red lines, i.e. the firing on its territory from Syria “or attempt to transfer advance weapon systems from Syria to Hezbollah in Lebanon…”

Israeli reservist Maj. Gen. Yisrael Ziv wrote in Yediot Aharanot (via BBC Monitoring) that Putin has two objectivess, “Prevent expansion of the jihadist terror,” as well as the reestablishment of an “eastern axis in the Middle East” for the 2nd superpower. He sees Iran as Moscow’s “central partner” in the Middle East. He said, “The Russians are here for a long time.” He sees an Iran-Russia-Hizbollah axis. He suggests that the Russian military-industrial complex is wedded to Iran because of the latter’s warmongering and arms purchases. Maj.-Gen. Ziv sees the situation going toward a unilateral Iran-Russia front in Syria, and seems to say he wants a stronger US role there so as to restore the kind of bipolarity seen in the Cold War.

As for the danger of an inadvertent Israeli attack on Russian positions, Putin announced that a system would be put in place to forestall such an occurrence. It sort of reminded me of the hotline set up between US President Lyndon Johnson and Soviet premier Nikita Khrushchev at the height of the Cold War, to allow any concerns about a security danger to be settled with a quick phone call.

It doesn’t seem to me possible for Israel to forestall a strengthening of Iran and Hizbullah in Syria if the Russians come in sufficient numbers. So, just as Netanyahu lost when he confronted Obama over the Iran nuclear deal, so it seems to me likely that he will lose in his confrontation of Russia over the latter’s plans in Syria.