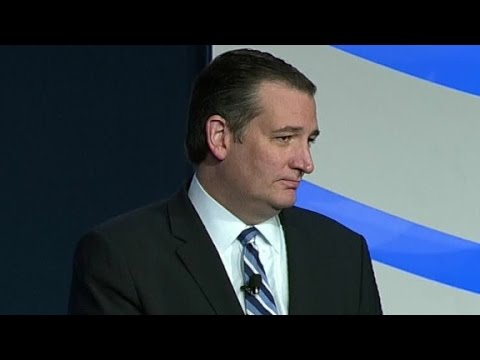 Ted Cruz said Friday at the Value Voters Summit conference in Washington, D.C., “If you vote for me, under no circumstances will Iran be allowed to acquire nuclear weapons. And if the ayatollah doesn’t understand that, we may have to help introduce him to his 72 virgins.”

Neoconservatives keep highlighting Ayatollah Khamenei’s negative statements about the United States and his continued suspicion of Washington’s motives and bona fides, as if those are reasons for which the nuclear deal is a bad idea. It is the other way around. If the UN Security Council can implement in a fair way the Joint Comprehensive Plan of Action for inspecting Iran’s civilian nuclear enrichment activities so as to make impossible down the road any weaponization of the program, it will start the process of overcoming decades of American dirty tricks and dastardly plots against the Iranian people.

1. destroyed the Iranian economy in 1951-1953 with a US-imposed global boycott of Iranian petroleum because Iran wanted a 50/50 split on profits from its oil and the British government and what is now BP wanted to continue to pay them just a small fee annually.

2. And when Iran was weak, roiled and divided because its economy had been destroyed, the US acting on behalf of the British government and BP sent CIA field officer Kermit Roosevelt into Tehran to liase with far right wing Iranian generals and to buy crowds and to overthrow the elected government of Iran. Prime Minister Mohammad Mosaddegh was put under house arrest and died a broken man a few years later. The US built his replacement, Mohammad Reza Pahlavi, into a vicious capitalist dictator with a US-trained secret police and thousands of prisoners of conscience.

3. The US backed the Iraqi invasion of Iran, a naked act of aggression, from at least 1983 and put the US navy at the service of Saddam Hussein’s brutal regime in a covert naval war on Iranian vessels.

4. This posture of aggressive war against Iran led to the shooting down of a civilian Iranian airliner in 1988, Iran Air flight 655, by the USS Vincennes, killing 290 persons. The US had no business fighting Iraq’s ugly war of aggression for it in the first place, in the service of which it was targeting Iranian jets. Some argued that a simple visual check from the deck would have sufficed to rule out Iran Air 655 as a military target, but no such precaution was taken. The captain of the Vincennes was not so much as reprimanded for 290 counts of manslaughter.

5. In the 1980s the group the MEK (Mujahedin-e Khalq or People’s Jihadis) committed several dramatic acts of terrorism. In 1981 it bombed the HQ of the ruling civilian Iranian party and killing over 70 high officials, including several cabinet members and a supreme court justice. Saddam Hussein gave the group a camp in Iraq from which they struck into Iran in the 1980s, when the US was actively allied with Saddam. After the US invasion of Iraq in 2003, the US kept the camp in place, essentially deploying a terrorist group against Iran. Several mysterious bombings took place in Iran after 2003. The State Department delisted the MEK as a terrorist organization, apparently under Israeli pressure, in 2012, and the MEK has now bought a number of US congressmen (there is an obvious overlap between politicians supported by the Israel lobbies like AIPAC and politicians who support the MEK).

So Cruz’s threat to send Khamenei to paradise, i.e. murder him, is not actually crazy talk from an American politician. Apparently we actually are the owners of Iran’s oil and gas and if they insist on trying to own it themselves, we’ll be happy to overthrow their government, support wars of aggression on Iran by brutal dictators, collaborate with terrorist organizations to murder civilians and scientists, etc. etc. Also, unlike France, South Korea, Japan, the Netherlands, etc. they are not allowed to have, like, science or fuel for their nuclear reactors and apparently not allowed to make electricity with such reactors.

And that is why Khamenei is risking so much in making a deal with the United States, which has seldom honored international law or even basic human decency when dealing with that country.