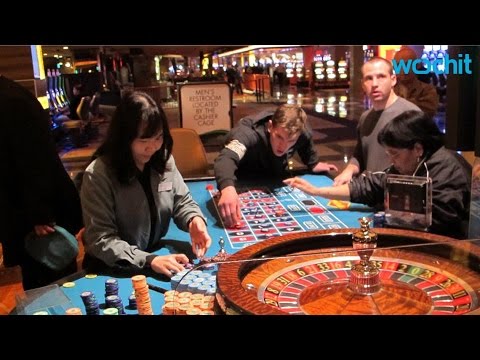 When it comes to the way he treats workers, the Donald is as Republican as capital gains and Richard Nixon.

There are those who would have you believe that Donald Trump is an aberration among Republican presidential contenders — the black sheep uncle who shows up half-drunk at family gatherings, insults the guests, scandalizes the women, and otherwise brings dishonor to the clan.

Trump is as Republican as capital gains and Richard Nixon.

You might even say that Trump’s the quintessential Republican politician — he’s just willing to say out loud what the rest say only in private. Think Mitt Romney and his infamous “47 percent” remarks, which Romney intended for a fat-cat Republican audience only.

Trump was at it again the other week with a plan for making Detroit’s auto companies more competitive. He would have them pull their manufacturing jobs from the relatively high-paying plants of the north and move them south — to Tennessee, say — where employees are willing to work for less.

Once Detroit workers have learned their lesson and are desperate for jobs, his plan continues, he would offer to move the factories back and pay lower wages than even Tennesseans are willing to accept.

Can there be a more Republican plan than that? Pit workers against each other, driving wages down and profits up. It’s called the free enterprise system.

Republicans know that catechism well, but they don’t talk about it in public. They talk about freeing workers from the tyranny of unions and allowing them to negotiate their wages on their own — as Adam Smith and God intended them to.

Give them this: The Republicans have done a brilliant job of selling that nonsense to the American public. Even famously labor-friendly Michigan is now a so-called right-to-work state. It’s as though the Vatican became Presbyterian.

Without the countervailing force of unions, corporations are free to run roughshod over the hard-won economic and political gains made by the working classes over the past 100 years.

Michigan, once one of the most progressive states in the union, is now ruled by free enterprise Republicans. And it can no longer repair its roads, support its schools, or keep its parks open.

Do you want better roads? Then, these Republicans say, you must pay for them by cutting Social Security, health care, and pensions — not to mention wages.

That death of the American middle class has occurred in parallel with the decline of unions in this country. That’s no coincidence.

The labor movement was behind virtually every progressive advance of the 20th century. The 40-hour work week, pensions, paid vacations, sick leave, safety rules, employer-paid health insurance, and the banning of child labor — all these bore the union label to one degree or another.

In a sense it was the labor movement that created the middle class in this country.

Then the powers that be convinced a good share of the American people that they’re consumers rather than workers — and unions are bad for consumers. Hard-won labor rights, according to this mindset, make things more expensive.

But they also make it possible for ordinary working-class Americans to live a comfortable life, take vacations, and send their kids to college. At least that’s what they used to do. I fear those days are gone forever.

The Republicans will have to get rid of Trump, of course. He scares the horses. They’re going to have to find a candidate who walks like Trump but talks like Fred Rogers, the beautiful-day-in-the-neighborhood man.

Could it be Governor Scott Walker of Wisconsin? He has a proven record as a union-buster and has yet to utter a single original thought. Of late, however, he’s been yanked into Trump territory by his fear of the tea party.

How about Marco Rubio, the Chinese take-out candidate? You read one of his speeches and an hour later you’re hungry. There’s no substance.

Take heart. At least we don’t have Michele Bachmann to worry about. That’s something.