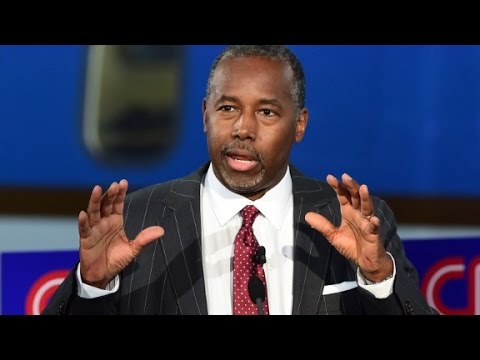 Ben Carson’s and Donald Trump’s comments about Muslims over the weekend again showed the GOP as the party of exclusion, not inclusion (though to be fair Sen. Lindsey Graham and Gov. Chris Christie had the intestinal fortitude to denounce those comments, unlike the rest of the GOP field). Muslim-Americans only come to a few million voters, though in swing states such as Ohio, Michigan and Florida they are a large enough community such that they could be the margin of victory. They used to be divided, probably voting Republican slightly more than Democratic, but after George W. Bush’s ‘War on Terror’, they migrated in droves to the Democratic Party.

Still, they are not that consequential in and of themselves. It is rather the message the GOP is sending out to Americans that matters. And that message looks discriminatory and full of Christian rage.

Trump was all over the place, saying Saturday night that he’d consider putting a Muslim on his cabinet and saying Muslims are “great people.” Then on Sunday, challenged on his silence in the face of a questioner’s attack on President Obama, alleging that he is not an American but is a Muslim, he broke the silence by supporting these crackpot notions.

As for Carson, he said, “I would not advocate that we put a Muslim in charge of this nation. I absolutely would not agree with that.”

That an African-American should be so tone deaf to discrimination is particularly abject. The US Constitution itself forbids religion to be taken into account in elective office, and Thomas Jefferson slapped down the “even a Muslim?” rhetoric of his own time when debating religious liberty.

Then there was that Trump characterization of Mexican immigrants and refugees as rapists and thieves.

You have to at least consider the possibility that the Republicans think holding the House of Representatives is what is important, and they have written off the presidency. That is, their anti-minority, anti-women, anti-gay, anti-Labour, anti-student policies are designed to appeal to straight white conventional families in, e.g., Texas, allowing them to control the House (with the help of some GOP state-level gerrymandering).

The Barack Obama coalition, which brought him the White House twice, is likely not tied to him but to the Democratic Party. It is not a coalition into which any of the Republican Party frontrunners can likely make inroads. Obama won heavily among minorities, and would have gained his victory over Romney even if their turn-out had been less enthusiastic. Demographics just favor the Dems. The proportion of whites in the electorate declined from 2002 to 2012 from 75 percent to about 71 percent, and it is going on down from there.

In order to make a dent in the natural Democratic advantage in presidential races, the Republicans would have to steal some of these now-Democratic constituencies– they need more gays, Latinos, other minorities, women and youth to vote for them. Instead, they are wedded to the identity politics of the angry white man (and one Black man), even more of a minority today than in 2008 or 2012.

With 2008, the Republicans may have entered another period like that from 1932 through 1952, twenty years in which they just could not win the presidency. In both cases, the period of Republican presidential drought was kicked off by a deep economic crisis. In both instances, the Democrats put together a winning coalition (ironically in the 1930s through early 1950s it included urban religious minorities allied with white Southerners).

If the GOP gave up its championing of the angry white man, it might lose congressional races. Its leaders had a choice to make, and they have decided that the presidency isn’t that important to them. They’d rather have the House.

And that is all they will have if they don’t start being nicer to key demographic groups. But this is a zero-sum game, where being nice to minorities will anger the angry white men. You can only have one of these groups. And you can’t win with only the latter.