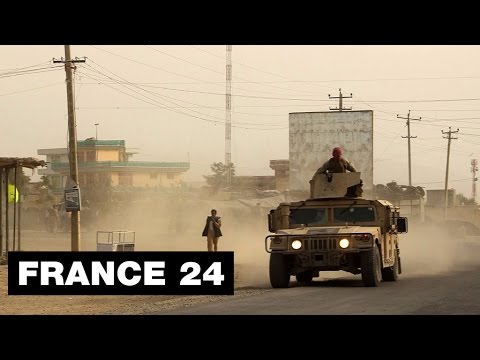 Afghanistan’s much-maligned security forces were facing their greatest challenge yet in trying to retake a key northern city from the Taliban — and expectations were not high.

But, when the smoke cleared, Kunduz was back in government control, and predictions of a bloody and protracted street war had proven misguided.

Military experts attribute the resounding victory to the performance of the Afghan military’s elite special forces, highlighting the U.S.-trained units’ increased role in nullifying high-profile insurgent operations around the country.

“Using their superior tactics and training, they were able to take control of Kunduz with minimal casualties and inflict maximum casualties on the enemy,” said Jawid Kohistani, a Kabul-based military analyst.

Sediq Sediqqi, spokesperson for the interior minister, said the swift recapture of Kunduz city on October 1 — which had been overrun by Taliban militants on September 28 — proved that “Afghan special forces are elite fighters who can win battles.”

The highly-trained forces — known as Crisis Response Units — have been taking the lead in fighting the Taliban since the majority of NATO forces pulled out of the country at the end of last year.

Military experts said the special units — whose combined force is believed to number around 10,000 personnel — use advanced weaponry, have access to superior facilities, and are paid more than regular soldiers and police.

“The [special forces] have been trained specially to fight insurgents in urban areas, rural areas, and in remote, mountainous areas,” said Atiqullah Amarkhail, a military expert and former Afghan general. “They are the best-trained and the most ready to fight independently in battle.”

The Afghan army and police force each have special forces units. They are deployed to deal with high-profile militant attacks on key targets around the country.

The units retook several districts in the northeastern province of Badakhshan in June that had fallen to the Taliban. In August, they reclaimed the key district of Mula Qala in the southern province of Helmand after it fell to militants. The units have also repulsed several suicide attacks in Kabul.

The special units were primarily trained by the U.S. and British militaries, with some trained in overseas academies. Since 2007, 10 special-operations kandaks, or battalions, have been formed. Before the pullout in December 2014, the units were accompanied by U.S. special forces but are now fighting independently.

Amarkhail listed among their key specialties the conduct of counterterrorism operations, including night raids.

Female soldiers make up an important part of the special forces, and have been recruited to serve in the units since 2011. Many are involved in night raids — responsible for evacuating children and women and body searching other women, which is a taboo for men in the deeply conservative and religious country.

A 13,000-strong NATO force currently remains in Afghanistan for training and counterterrorism operations. Under the United States’ existing plan, only an embassy-based security cooperation presence of about 1,000 military personnel would be left by the end of 2016.

The Taliban’s takeover of Kunduz, a city of 300,000, marked the militants’ first capture of a major city since the U.S. invasion in 2001.

Barely nine months after the NATO combat mission concluded, the takeover raised troubling questions about the capabilities of the 350,000-strong Afghan national security forces as they battled the militants largely on their own.

But Amarkhail said the capabilities of the elite special forces are a source of optimism for Afghanistan’s frequently disparaged security services.

“The international withdrawal means the special forces are more important than ever,” said Amarkhail. “When it comes to local forces, they’re the best-trained and best-armed to deal with the security challenges in our country.”
Frud Bezhan