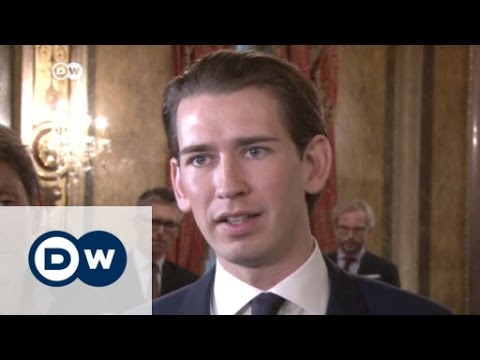 Deep contradictions in the Administration’s Syria policy are on full display as the US, Russia, Iran and assorted other Middle Eastern states meet in Vienna in search of a political process to solve the Syrian conflict.

It’s deja vu all over again – with some adjustments. In 2011, 2300 Syrians had been killed in Assad’s response to peaceful protest movements. Four years later, the UN estimates 250,000 lay dead. There’s plenty of blame for all parties to share in this tragedy. What’s important for America, however, is to dissect and take responsibility for its role over the last four years.

Obama was wise to resist demands from American hawks to intervene militarily in Syria. Obama learned the downside of intervention from Iraq and Libya even if hawks and neoconservatives did not.

Inexplicably, however, the President compromised his non-interventionist instincts by looking the other way as so-called American ‘allies’ in the region – Turkey, Saudi Arabia, etc – armed and funded their favorite opposition factions, including extremist groups and Al Quada drop-outs who later founded ISIL.

Obama had cited American intelligence confirming that extremist groups had infiltrated the Syrian opposition, as a central reason not to intervene. The President feared American weapons falling into the ‘wrong hands’, as has happened in similar situations.

Why then not stop the countries that purchase billions of dollars a year in American weapons systems (usually with restrictions on how they can be used) from transferring arms to shady, even notorious operators against Assad.

Intervention by proxy is still intervention, notwithstanding Pontius Pilate’s lame attempt at ambiguity. Sad to say, the Administration is repeating the error in support of Saudi Arabia’s war on Yemen.

Perhaps the Administration thought using regional proxies to spread their largesse among the anti-Assad mix was a clever new addition to the US military’s tactical arsenal. In the end, of course, those proxies heaved fuel onto the fire. And American weapons reached the bad guys anyway, courtesy US allies who helped shift the balance in the opposition away from the elusive ‘moderates’ to the extremists.

As the usual suspects hustled off to Vienna for talks this week, a review of summer/fall 2011 is in order. At that time, the UNSC labored to agree on a resolution calling for a stop to the violence and inclusive political negotiations to solve the Syrian crisis. If that sounds familiar, it’s because those goals, after 250,000 lives, are still front and center for the current confab in Vienna.

There are some differences, however, between now and then. In 2011, Secretary of State Clinton assiduously courted Russian support for a UNSC resolution that seemed pretty straightforward – the goal being to stop the carnage.

The sticking point: what to do with Assad. The State Department lost no opportunity in public or private to repeat the mantra “Assad Must Go!”. Like the sign of the cross before prayer, almost everything the Administration said about Syria was prefaced with that phrase. Russia objected to a UN resolution calling for Assad to step down, saying the future of Assad should be left to the Syrian people.

It seemed at the time a work-around could be constructed to bridge the difference of opinion, given that Russia had indicated it wasn’t tied to Assad but wanted to preserve the Syrian state apparatus. And guess what? Four years later, Secretary Kerry is executing just such a compromise to reconcile the Russian and American divergent points-of-view instead of following a reflexive anti-Russian impulse to reject everything Russia proposes.

The Future of Syrian Opposition

Syria was never what you’d call a wild and reckless place. It was a police state.

In August 2011, the opposition faced its biggest challenge. Should it carry on its massive and non-violent protests that Assad was determined to squash individual by individual, if need be, or by barrel-bombing everything outside of Damascus? Or should the civilian protesters take up arms, perhaps with some third country’s help.

The opposition was split between and within exile and in-country organizations. The Local Organizing Committees, which were playing a key role in keeping information flowing between protesting enclaves within Syria, strongly opposed arming civilians and foreign intervention declaring either would ‘change the nature of the struggle’ The LCCs knew a rag tag civilian militia had little chance of going up against Assad’s military machine unless significant sections of the military itself abandoned the regime.

The newly formed Syrian National Council took similar views. Unfortunately, the decision was grabbed away from the Syrian people. The interventionists were already arming radical groups experienced in guerrilla warfare and sewing division wherever they could.

In addition, interest groups in the US, Europe and beyond were pressuring their own governments to take action against Assad, support the dwindling numbers of the so-called ‘moderate’ opposition or intervene for humanitarian reasons. Everyone wanted a piece of the action, a kind of ‘militant/humanitarian beauty contest’.

Does any of this Mean Anything?

What has changed since 2011? Mainly the body count and the decisive rise of ISIL within the fertile ground of Syrian chaos. The most those tragedies did was to (not to mention Russia’s intervention in support of the Syrian government) pave the way for Russia and the US – both weary and wary of each other’s intentions – to declare enough is enough. Both want a way out of this mess.

Before cerebrating, however, a conclusion must be made: the ‘great powers’ blew it.. Whether a simple UNSC resolution calling for cease-fire and negotiation and supported by Russia (and China) could have moved the negotiating front forward (as a UNSC resolution later with the Iran nuclear issue); whether the US could have prevented the feeding frenzy of client states on Syria; whether the Syrian opposition was strong enough in 2011 and 2012 to negotiate reforms without outside help – these questions remain open. Asking them is both a moral and political responsibility of the sovereign states and independent forces who can’t deny the impact of their actions.

What’s clear is that outside intervention, whether direct or through proxies, did not help Syria or the Syrian opposition. Instead, it ignited a conflagration similar to that in Iraq, this time engulfing the last remnants of Arab Spring One, replacing its reformist platform with intensified sectarian and ethnic strife.

May the fat lady never sing.

Carlyn Meyer, former editor of the blog Read Between the Lines, is an independent political analyst.