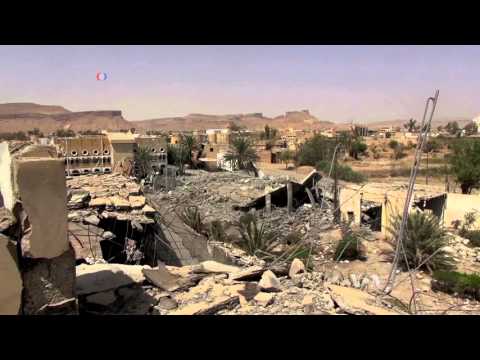 Sanaa, Yemen’s capital, has been controlled for the past year by the forces of Ansar Allah, better known as the Houthis. In recent weeks, Yemeni forces loyal to the government of President Abd Rabu Hadi, backed by troops from the United Arab Emirates, Egypt, Bahrain, Qatar, and Saudi Arabia, have been advancing on the town of Marib, 170 kilometers east of Sanaa, perhaps in preparation for an attack on the capital.

“Beyond the loss of civilian lives, it would be a terrible additional loss to humanity if Sanaa’s Old City, inhabited for 2,500 years, became a battlefield,” said Joe Stork, deputy Middle East director. “Both Houthi and coalition forces need to abide by international legal protections and keep the Old City out of any future fighting.”

Since late March 2015, a Saudi Arabia-led coalition of nine Arab countries has attacked Houthi-controlled cities and towns and imposed an economic blockade on the country. The United States has provided intelligence and logistical support. The fighting has caused the deaths of more than 2,100 civilians, according to the United Nations.

The coalition air campaign has been responsible for most of the civilian deaths, according to the UN. Many of these airstrikes on Sanaa, the Houthi northern stronghold of Saada, and other cities have been indiscriminate or used cluster munitions, in violation of the laws of war. The Houthis too have committed abuses, including indiscriminate rocket attacks, the mistreatment of detainees, and enforced disappearances of political opponents.

On October 2, the UN Human Rights Council adopted by consensus a deeply flawed resolution that ignored calls for an international inquiry into mounting abuses in the country. The Netherlands originally put forward a draft resolution that would have mandated a UN mission to document violations by all sides since September 2014. Several members of the Saudi-led coalition conducting military operations in Yemen – including Qatar, Bahrain, Egypt, Jordan, and the United Arab Emirates – openly opposed the proposed UN inquiry.