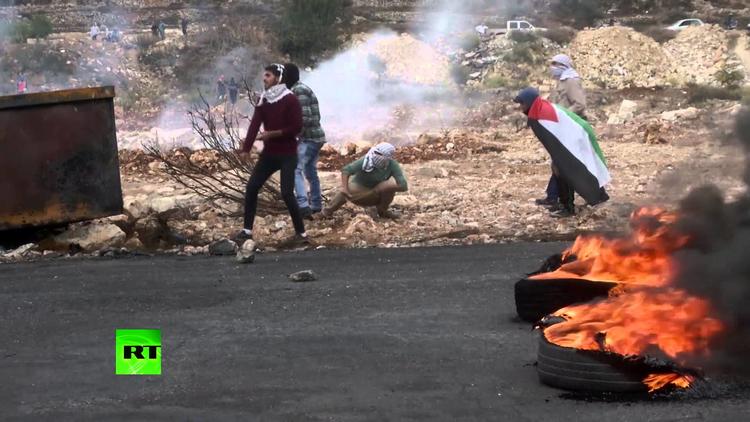 An end to the violence will only happen when the Israeli public decides to move in the direction of de-occupation, something that is unlikely to occur so long as their actions remain cost free, writes Hugh Lovatt.

Now three weeks into the latest round of violence, Israelis and Palestinians remain tottering on the brink of what could be the most serious conflagration since the end of the Second Intifada in 2005. Just as worryingly, there appears to be very few avenues able to lead both sides towards de-escalation. The current upheaval is a continuation and escalation of the instability and violence briefly witnessed in East Jerusalem last summer. But even if this round of violence ultimately ebbs as it did last year, the same underlying tensions will remain simmering under the surface.

What is happening in the West Bank, East Jerusalem and Gaza also marks the beginning of a generational rupture as a new generation of Palestinians who have known nothing but occupation and with little or no memory of the last intifadas come of age. Much of the Palestinian violence sometimes appear more akin to the urban riots witnessed in London, Paris or Ferguson – and certainly seems to share many of the same drivers. Like in those cases, the eruption of largely spontaneous and individual anger amongst Palestinian youths stems as much from the hopelessness of the realities in which they live as it does from a rejection of the leadership role exercised by traditional elites. As with previous Palestinian revolts though, there is also a sense that they will be able to succeed were past generations have failed.

But for many Israelis the consequences of day-to-day occupation and what this means for Palestinians has remained largely obscured by security walls, fences and political indifference. Israeli society continues to turn a blind eye to the suffering it inflicts on Palestinians and is seemingly at a loss when it comes to diagnosing the roots of Palestinian violence. The possibility that decades of oppression, dispossession and humiliation may in fact have acted as the ultimate inciter of Palestinian violence does not appear to have crossed the minds of many Israelis – at least certainly not that of Prime Minister Netanyahu who has gone to new lengths in painting Palestinian incitement as the root of all evils, including the Holocaust! But Israel too bears its share of the blame when it comes to inciting Palestinians.

Even as the Israeli government continues to vigorously reject Palestinian claims that it is seeking to change the status quo on the Temple Mount / al Haram al Sharif – one of the sparks behind this round of violence – it provides funding to organizations like the Temple Institute which are actively working towards building a temple in the Noble Sanctuary. It also ignores the fact that at least three Israeli cabinet members have spoken out in favour of changing the status quo on the Mount.

All of this this is occurring against a backdrop of impunity and lack of accountability, not just for Israeli security forces who are accused of regularly employing disproportionate force, but also for Israeli settlers who have been responsible for a 315 percent rise in the number of attacks against Palestinians and their property between 2007 and 2011. The most brutal of was the arson attack against the Dawabsheh family last July. As a result, 81 percent of Palestinians now worry that they will be hurt at the hands of Israelis, have their land confiscated or homes demolished. Consequently, attacks against Jewish settlers is seen by some Palestinians as a means of achieving a balance of fear between both sides.

Caught in the midst of all this and buffeted on all side is President Abbas and his Palestinian Authority (PA) whose popularity continues to plunge. Having already been accused of acting as the local enforcer for Israel’s occupation due to its tight security cooperation with Israel, the PA is also being blamed for not doing enough to protect Palestinians from Israeli violence. For his part, President Abbas has been unable to present a credible vision for achieving meaningful Palestinian statehood other than by continuing to rely on a make believe US-led peace process and international goodwill.

With little to show for two years of negotiating, 42 percent now believe that armed action is the most effective means to establish a Palestinian state (compared to 29% who still favour negotiations). Given that the first target of a full blown third intifada will likely be the PA itself, President Abbas is therefore doing his best to contain Palestinian violence. Yet in reality the ability of himself and other Palestinian leaders to shape or otherwise control events therefore remains limited.

“What is happening in the West Bank, East Jerusalem and Gaza also marks the beginning of a generational rupture”

The difficulties in reining in the current bout violence have been further compounded over the last decades by Israeli efforts to undermine the leadership of the Palestinian liberation movement through assassinations, imprisonment, and deportation. As my colleague Mattia Toaldo has argued Israel’s destruction of the social and political capital East Jerusalem has led to “political desertification” leaving no bodies capable of starting a mediation. In the West Bank meanwhile, Western aid policies have lead to fragmentation and NGO’ization of Palestinian civil society.

In this context, Israel’s employment of disproportionate force and collective punishment in dealing with Palestinian violence – as we saw during last summer’s war in Gaza or the Second Intifada – will only stoke tensions further. In fact, Prime Minister Netanyahu’s reaction has much to do with domestic politics in Israel and his attempts to fend off criticism from both the right and the left for not using a stronger hand in responding to Palestinian attacks.

Nor are the diplomatic efforts currently being floated by US and Europeans leaders likely to be any more effective in dousing the flames. Of course renewed international attention will be welcomed by Palestinian leaders, especially after the near total absence of the issue from this year’s United Nations General Assembly debate. But this is unlikely to give President Abbas enough to face down those calling for violence – something that would necessitate at the very least a full Israeli settlement freeze. It is also unclear whether Kerry’s new found activism will mark a renewed ramping up of US diplomatic engagement in this conflict beyond efforts to contain the current violence.

In any case, this will not be sufficient to address the root causes of today’s violence. In its current configuration the Middle East Peace Process (MEPP) may once have acted as a relatively effective conflict management tool and maintainer of the status quo. Yet it is increasingly spluttering to a halt, having become irretrievably discredited in the eyes of the Palestinian public. Prime Minister Netanyahu has recently announced his readiness to re-enter negotiations, no doubt given that this would allow him to deflect international pressure over Israeli actions in the OPTs. As such, one should not confuse such willingness to re-enter talks with any inclination to actually allow for a fully-fledged Palestinian state. Palestinians of course realise this, and absent a viable peace process 57 percent would therefore support an armed intifada.

Creating the conditions for a meaningful peace process though involves more than just getting President Abbas and Prime Minister Netanyahu in the same room. Efforts should instead be geared towards addressing the asymmetry that has characterized the conflict, between occupied and occupier, and the impunity with which Israel has long behaved in its dealings with Palestinians. Ultimately de-occupation will only happen when the Israeli public decides to move in this direction, something that is unlikely to occur so long as their actions remain cost free. In this regard, it is actually the EU that has at its disposal some quite impactful tools for challenging the incentive structure that underpins Israeli support for the status quo, namely by better differentiating between Israel and the settlements within its bilateral relations.