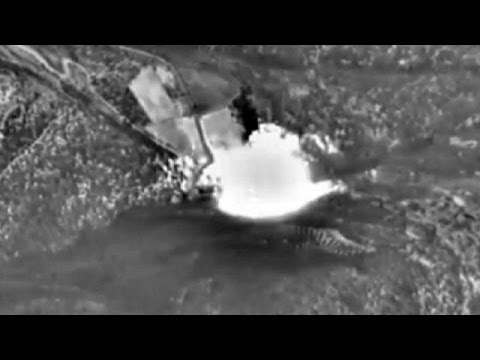 Remember when George W. Bush lapsed and called his Iraq War a “crusade?” He had to back off that religious rhetoric really quickly because he needed Muslim allies.

Now the Russian Orthodox Church has made a similar error.

Archpriest Vsevolod Chaplin said that his church supports Vladimir Putin’s aerial assaults on ISIL. He said, “The fight with terrorism is a holy battle and today our country is perhaps the most active force in the world fighting it. . . This decision corresponds with international law, the mentality of our people and the special role that our country has always played in the Middle East.”

The over-all leader of Russian Orthodoxy, Patriarch Kirill of Moscow, echoed this sentiment:

“Russia has taken the responsible decision to use the armed forces for the protection of the Syrian people from the calamities wreaked by the tyranny of terrorists . . . We associate this decision with the approach of peace and fairness in this ancient land.”

Predictably, the Muslim fundamentalists on social media grabbed hold of these statements to depict the Syrian intervention as a holy war against Islam. The Saudi public was especially exercised.

The Russian Embassies replied to these stories, frantically circulating a fact sheet.

It denied that Russia is engaged in a holy war. “There are no religious factors,” it said, driving Syria’s participation in the war. Rather, it comes at the request of the Syrian government (i.e. the al-Assad regime). If the Russians were hoping they’d get points for the indigenous character of the invitation, they’ll be mistaken.

It also quoted Putin as praising the contributions of Russian Muslims but warning against extremism.

This episode shows how vulnerable Russia is to propaganda pushback in Syria. About 5% of Syrians, or one million people, are Christians, mostly Eastern Orthodox, i.e. they are technically coreligionists of the Russians. The Christian priests in Syria and Lebanon have often been quite vocal about their fear of Daesh (ISIS, ISIL) and their preference, if they had to choose, for Bashar al-Assad.

Russian church leaders just made the intervention sectarian, and gave a big helping hand to ISIL and al-Qaeda recruiting efforts..