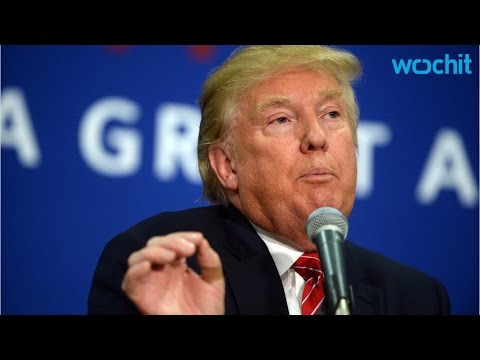 The Donald Trump-Jeb Bush tiff over whether George W. Bush “kept us safe” is another example of how Donald Trump is better than Karl Rove at politics. Rove had some success with his doctrine of attacking people on their strengths. Like a spiteful child, Trump attacks people on their weaknesses. The Bush loyalists’ refrain that W. “kept us safe” has all along stuck in the craw of everybody else. No one will ever be able to use that line again. Trump has struck.

It is hard to take Trump seriously, and it is possible that there was nothing Bush could have done to forestall 9/11. But it is clear that George W. did not do everything he could have, in part because he was ignorant about the threat of terrorism and in part because he was obsessed with Iraq instead. It was a failure, and one the administration never acknowledged.

The Bush gang tried to divert the attention of the public by making 9/11 about revenge. And it wasn’t even about revenge on al-Qaeda. It was revenge on Iraq, which was blameless in the affair and itself afraid of al-Qaeda. Bush initiated a chain of events where by an al-Qaeda offshoot would end up with 40% of Iraq. The Bush gang cynically used 9/11 to take America to war on false pretenses. They weren’t tearful. They got what they wanted.

Nor is George H. W. Bush’s role as vice president in instigating the Mujahidin holy jihadis in northern Pakistan to fight the Soviets and Communists in Afghanistan irrelevant to this discussion. The Reagan-Bush fascination with far rightwing private armies as tools of American policy helped create al-Qaeda in the first place. George W. can’t be held responsible for that pro-jihadi policy, but let’s just remember that the Bush family is not unconnected to it.

But back to W’s responsibility. I explained some of the things Bush and his team did wrong on coming to office in a 2004 posting at this blog. I had read Richard Clarke’s book. He was a full cabinet member under Bill Clinton, with responsibility for counter-terrorism.

Bush demoted him from being a cabinet member to being some sort of adviser. That demotion was crucial. As of that point, Clarke could not call a meeting of the major cabinet members, the principals. They included the Secretary of Defense, Donald Rumsfeld, CIA director George Tenet, and Secretary of State Colin Powell. In the Clinton era, before he was demoted, Clarke could and did call meetings of the principals and read them into the intelligence on al-Qaeda. In spring of 2001 and summer of 2001 Clarke was helpless. He tried one last time in mid-summer. But Bush and the others all went on vacation. Bush was on vacation 42% of the time in 2001 before 9/11.

Clarke says that when the Bush team came to the White House, it was as though they had been frozen in amber. They went out just after the Gulf War when Iraq was big. They had missed the rise of al-Qaeda in the 1990s, and were not inclined to recognize the danger of an asymmetric terrorist organization. They thought in terms of states being the real threat. Terrorist organizations in their experience were just ways for states to bother one another.

“Richard Clarke detailed in his memoirs, “Against All Enemies,” how he had enormous difficulty in calling a meeting of high Bush administration officials to discuss the threat of al-Qaida in spring of 2001. When Clarke finally had the opportunity to make his case to them, [Deputy Secretary of Defense Paul] Wolfowitz “fidgeted” and “scowled” and attempted to shoot him down. “I just don’t understand,” complained Wolfowitz, “why we are beginning by talking about this one man bin Laden.” Clarke says he explained that he was talking about al-Qaida “because it and it alone poses an immediate and serious threat to the US.”

Clarke alleges that Wolfowitz responded, “You give bin Laden too much credit,” and insisted that bin Laden’s success with operations such as the 1993 World Trade Center bombing would have been impossible without a “state sponsor.” He added, “Just because FBI and CIA have failed to find the linkages does not mean they don’t exist.”‘

This was the general mindset of Bush and his officials.

Here is my account of the difference between how things worked late in the Bill Clinton period versus the first year of W. It discusses al-Qaeda’s “Millennium Plot” of late 1999, one element of which was supposed to be an attack by Ahmed Ressam on Los Angeles Airport.

“The story of how the LAX bombing was stopped on December 14 has been told in an important series in the Seattle Times. Extra security measures were implemented by US customs agents, leading to the apprehension of an Algerian, Ahmed Ressam, with a trunk full of nitroglycerin, heading for LAX (he wanted to start his journey by ferry from Port Angeles, Washington). . .

Ressam fought in Bosnia in the early 1990s. Then he settled in France and became part of the terrorist Groupe Roubaix, which carried out attacks in that city (pop. 98,000, near Lille in the north). In spring of 1998 he flew to Afghanistan and was trained in two camps under the direction of Palestinian-Saudi Abu Zubaida. Abu Zubaida recruited Ressam into an Algerian al-Qaeda cell headed from London by Abu Doha al-Mukhalif. Ressam was assigned to form a forward cell in Montreal, from which he and several other Algerians plotted the attack on LAX.

What Clarke’s book reveals is that the way Ressam was shaken out at Port Angeles by customs agent Diana Dean was not an accident. Rather, Clinton had made Clarke a cabinet member. He was given the authority to call other key cabinet members and security officials to “battle stations,” involving heightened alerts in their bureaucracies and daily meetings. Clarke did this with Clinton’s approval in December of 1999 because of increased chatter and because the Jordanians caught a break when they cracked Raed al-Hijazi’s cell in Amman.

Early in 2001, in contrast, Bush demoted Clarke from being a cabinet member, and much reduced his authority. Clarke wanted the high Bush officials or “principals” to meet on terrorism regularly. He couldn’t get them to do it. Rice knew what al-Qaeda was, but she, like other administration officials, was disconcerted by Clarke’s focus on it as an independent actor. The Bush group-think holds that asymmetrical organizations are not a threat in themselves, that the threat comes from the states that allegedly harbor them. That funny look she gave Clarke wasn’t unfamiliarity, it was puzzlement that someone so high in the system should be so wrongly focused.

In summer of 2001 the chatter was much greater and more ominous than in fall of 1999. Clarke wanted to go to battle stations and have daily meetings with the “principals” (i.e. Rumsfeld, Ashcroft, Powell, Tenet). He wanted to repeat the procedures that had foiled the Millennium Plot. He could not convince anyone to let him do that.

He thinks going to such a heightened level of alert and concerted effort in 2001 might have shaken loose much earlier the information that the CIA knew that Khalid al-Mihdhar and Nawaf al-Hazmi were in the US. As it is, the INS wasn’t informed of this advent and did not start looking for them until Aug. 21, 2001, by which time it was too late. Since they made their plane reservations for September 11 under their own names, names known to the USG, a heightened level of alert might have allowed the FBI to spot them.

So it just is not true that Bush was doing exactly the same thing on terrorism that Clinton was. He didn’t have a cabinet-level counter-terrorism czar; he didn’t have the routine of principals’ meetings on terrorism; he didn’t authorize Clarke to go to ‘battle stations’ and heightened security alert in summer of 2001 the way Clinton had done in December, 1999.

You could have an honest argument about whether Clarke’s argument was correct, and about whether Bush could have in fact foiled 9/11 if he had been more on the ball. Maybe, maybe not. I have an open mind, though I lean toward maybe. What you can’t argue about is that the buck stops with the president. Bush had to take responsibility. He never did.

One of the things I most mind about George W. Bush, Donald Rumsfeld and Dick Cheney is that they never apologized. They never came before the American people and said, we were elected to keep you safe. We didn’t. We are sorry.

Other people did apologize. Richard Clarke, the terrorism czar, apologized tearfully. They all should have apologized in that administration.

Instead Bush gave us weasel words. “Let’s roll,” he said. Roll where?