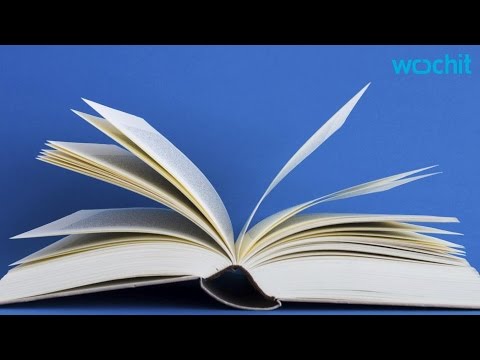 In a long-anticipated ruling, the Second Circuit Court of Appeals handed Google a clear victory today, soundly rejecting the Authors Guild’s claim that the Google Books Project infringes copyright. In the process, the Court also confirmed what we’ve always known: fair use promotes “copyright’s very purpose.” Even better, the Court reminds us what that purpose is:

The ultimate goal of copyright is to expand public knowledge and understanding, which copyright seeks to achieve by giving potential creators exclusive control over copying of their works, thus giving them a financial incentive to create informative, intellectually enriching works for public consumption . . . Thus, while authors are undoubtedly important intended beneficiaries of copyright, the ultimate, primary intended beneficiary is the public, whose access to knowledge copyright seeks to advance by providing rewards for authorship.

We couldn’t have said it better ourselves.

But let’s back up and set the stage. For years, Google has been cooperating with libraries to digitize books and create a massive, publicly available and searchable books database. Users can search the database, which includes millions of works for keywords. Results include titles, page numbers, and small snippets of text. It has become an extraordinarily valuable tool for librarians, scholars, and amateur researchers of all kinds. It also generates revenue for authors by helping them reach new audiences. For example, many librarians reported that they have purchased new books for their collections after discovering them through Google Books. Nonetheless, for almost a decade the Authors Guild has argued that its members are owed compensation in exchange for their books being digitized and included in the database.

Writing for the majority, Judge Pierre Leval, a well-respected authority on copyright and fair use, used this case as an opportunity to revisit his seminal work on “transformative use” – meaning, a use that has a new and different purpose from the original. If it does, the use is more likely to be fair.

Today’s opinion stresses that the reason “transformativeness” matters is that it helps justify the copying: “the would-be fair user of another’s work must have justification for the taking.” Google’s justification is plain: to provide otherwise unavailable information to the public. Relying on the court’s earlier ruling in the Hathitrust case, the opinion finds that Google’s use is highly transformative. The court also firmly rejects the claim that Google’s commercial nature undermined any claim of fair use.

While we recognize that in some circumstances, a commercial motivation on the part of  the secondary user will weigh against her . . . we see no reason in this  case why Google’s overall profit motivation should prevail as a reason for denying fair use over  its highly convincing transformative purpose, together with the absence of significant  substitutive competition, as reasons for granting fair use. Many of the most universally accepted  forms of fair use, such as news reporting and commentary, quotation in historical or analytic  books, reviews of books, and performances, as well as parody, are all normally done  commercially for profit.

With respect to the second fair use factor (nature of the work), the opinion observes that this particular factor rarely tips the analysis, and the same is true here.

When it first filed the case, the Authors’ Guild may have pinned its hopes on the third factor (how much is copied from the original work). After all, Google copied entire works wholesale. But the third factor analysis turns on whether the secondary user has taken more than it needs to achieve its purpose. Here, the Court found:

not only is the copying of the totality of the  original reasonably appropriate to Google’s transformative purpose, it is literally necessary to  achieve that purpose. If Google copied less than the totality of the originals, its search function  could not advise searchers reliably whether their searched term appears in a book (or how many  times).

Focusing on the snippets Google serves up, the opinion concludes that what matters is how much of the copied material is made available “to a public for which it may serve as a competing substitute.” Since Google only makes small portions available, subject to a variety of restrictions, this factor favors fair use.  The Authors Guild tried to argue that a reader could cobble together several snippets to substitute for the original. The court was not persuaded, noting that it would be very difficult to actually construct a meaningful substitute.

For the same reasons, the court concluded that snippets could not cause meaningful market harm. There might be some loss of sales, such as where a researcher’s need for a book is satisfied by the information in a snippet. But the effect on sales must be meaningful or significant to tilt the balance away from fair use. Besides, if the loss pertains only to a historical fact, it’s not properly a copyright concern – copyright protects expression, not facts.

The opinion gives short shrift to the Authors’ Guild’s “hacking” claim. The Guild argued that the Google Books project could harm the market for their works because some bad actor might access the database and make the books freely available. Again relying on its previous decision in the HathiTrust case, the court noted that Google uses extensive security measures to prevent such a breach.

Finally, the court finds that Google’s role in providing digital copies to libraries is not infringing:

All in all, it’s a good day for fair use. The Authors Guild says it will seek review from the Supreme Court. Its members should consider whether it’s time to finally cut their losses.

Wochit Tech: “A U.S. appeals court ruled on Friday that Google’s massive effort to scan millions of books for an online library does not violate copyright law.”