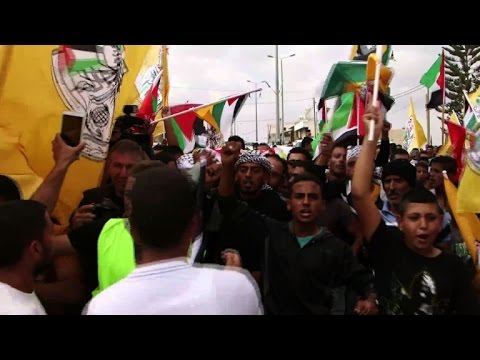 JERUSALEM (Ma’an) — Israeli settlers on Saturday carried out a number of attacks on Palestinians across the occupied West Bank and East Jerusalem, witnesses told Ma’an.

Meanwhile, a Palestinian woman said armed Israeli settlers attempted to attack her and her family in the neighborhood of Jabal al-Mukabir in occupied East Jerusalem.

Yusra Zhayka told Ma’an that her family was on their way home when about a dozen Israeli settlers carrying guns appeared.

She said that she and her family were able to escape, but the settlers, who she believed were from the illegal Israeli settlement of Nof Zion, remained in the area.

She said that she had gone to Oz police station in Jabal al-Mukabir to tell them what had happened, but they refused to take her complaint, saying that there was no investigator present.

The past week has seen fierce clashes across the occupied Palestinian territory, with Israeli soldiers and settlers injuring more than 1,000 Palestinians since the beginning of the month.