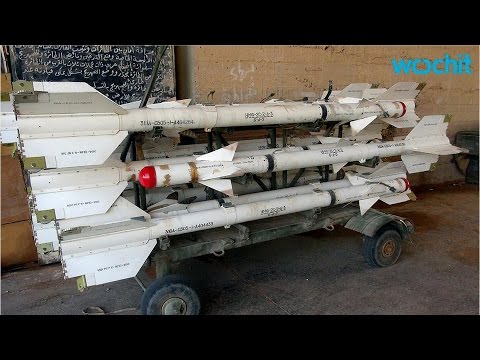 The intrepid Anne Barnard and Karim Shoumali at the NYT have a piece on how Saudi-supplied TOW anti-tank weapons to rebels in Hama and Idlib are creating a US-Russian proxy struggle in northwest Syria (the CIA is actually the source of the weapons, with Saudi intelligence acting as the pass-through agency).

But there is another development in the past couple of days, this time in the northeast. A new coalition of Arab and Kurdish fighters has been formed there, including the YPG or People’s Protection Units. Since the YPG is technically an affiliate of the PKK or Kurdistan Workers’ Party, which Turkey and the US consider a terrorist organization, Turkey is very nervous about the de facto US alliance with it. That alliance just got stronger.

The Syrian Arab Coalition is some 3200 Arab fighters in the northeast. They have joined together with the Kurdish YPG as the Democratic Forces of Syria.

But let’s face it, this way of putting the matter (common in the news reports) obscures an important reality: the YPG is the important, large and effective element in this Democratic Forces of Syria. The 3200 Arab fighters are junior partners, and though more than window dressing, couldn’t dream of taking on Raqqa themselves. It was the YPG that pushed back Daesh this summer, and came within 40 miles of the capital of the phony caliphate. The YPG and its smaller Arab allies are being rebranded as the DFS because an Arab conquest of Raqqa looks more acceptable than a leftist Kurdish such victory.

The announcement comes as Amnesty International charged the YPG with demolishing homes of Arab and Turkmen families in villages reconquered from Daesh (ISIS, ISIL), whom they accused of having been collaborators.

The Syrian Arab Coalition say they have been promised substantial arms supplies by the United States, which obviously will also go to their YPG colleagues. The arms and ammunition is intended to enable a major assault on Raqqa, the capital in Syria of Daesh.

On Monday, the US airdropped 45 tons of weapons and ammunition in the northeast for the new Syrian Arab Coalition.

When the Turkish Air Force entered the fray in Syria and Iraq this summer, promising the US they would at last try to curb Daesh, instead they mostly bombed PKK positions over the border in Iraq. The Syrian Kurds alleged that they also bombarded the YPG— i.e. they struck at de facto US allies.

“US State Department Spokesperson John Kirby said that the YPG [People’s Defence Units] is a “friend” and “partner” of the United States. When we add to this reported comments by NATO Secretary General Jens Stoltenberg to the effect that “Turkey must stop its air operations…”

Karagol went on to allege,

“Ankara should never forget that the YPG is a Trojan Horse for both the West and Russia and Iran that is used against Turkey and the region. If you look carefully, you can see that Turkey is being attacked directly through the PKK/YPG. Again, it is this terrorist organization that is the most important partner of the Russian-Iranian intervention in Syria. In this aspect, the threat has reached our doorsteps. Then we need to seek ways to push this threat beyond our borders.”

Secretary of Defense Ash Carter and CIA director John Brennan know about this sort of paranoid discourse on the Muslim and nationalist right in Turkey, and they have decided to risk the confrontation. Ankara’s uselessness in the struggle against Daesh may have made Washington rethink its moment of distancing from the YPG.

So not only is US supply of TOWs and other weapons to rebels (many allied with al-Qaeda) in the northwest in danger of fueling a proxy war with the Russian Federation, but Washington’s supply of weaponry to the Democratic Forces of Syria (which includes the YPG Kurds) sets up a proxy struggle with its own NATO ally, Turkey.