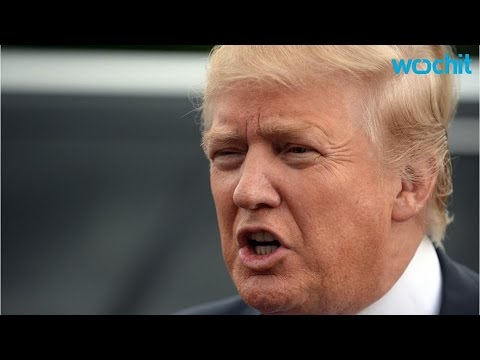 Donald Trump alleged this weekend that “of course” the Middle East would be more stable if dictators like Saddam Hussein and Muammar Gaddafi were still around or if Bashar al-Assad could be restored in Syria.

The mistake Mr. Trump is making is to think ahistorically, that is, to think as though societies do not change dramatically over time. The Neoconservatives thought they could install a king over Iraq in 2003. But Iraqi society had overthrown the kings in 1958, and there is no going back. History may not be dialectical in exactly the Hegelian sense, but any historical situation does produce other, different situations over time. Moreover, societies can change dramatically. History is not static. It is not like a slab of marble. Historical developments produce new and different historical situations over time, and new generations react to the previous ones by striking out in different direction, even at great risk.

How anyone in his right mind could think that Bashar al-Assad (r. 2000- present) brought stability to Syria just baffles me. He provoked the 2011 uprisings and he caused the civil war by deploying his military against the peaceful demonstrators. That’s stability? It is mostly his fault that over 200,000 Syrians are dead and 11 million out of 22 million are homeless. If you are president and your country is in this condition, you don’t get to say you brought stability. Nor is the problem outsiders. In 2011 there was almost no outside interference in Syria. Bashar drove the opposition to pick up arms. The largely rural and illiterate Syria of 1970 when Bashar’s father came to power is long gone. You can’t keep them on the farm once they have seen gay Paree.

Iraq was anything but stable under Saddam Hussein (r. 1979-2003). The country invaded two neighbors, Iran and Kuwait, in wars that killed perhaps a million Iraqis out of then 16 million! Thousands were bulldozed into mass graves for belonging to opposition parties. Does this sound stable to you? That the regime would have survived in the long term is highly unlikely. I did and do think the US invasion of Iraq a huge mistake (in early 2003 I compared the idea to that scene in Star Wars where they are in the trash compactor and it starts to move, and Harrison Ford says “I have a bad feeling about this.”) But that is because the war violated international law and brought absolute chaos to Iraq, not because the existing government was “stable” or good for the locals.

Gaddafi’s police state was unstable all along, but survived because of repression. By 2011 it was no longer surviving, because society had changed. In 1969 Libya was largely rural and illiterate. In 2011 it was largely urban and literate. In 1969 most people did not have telephones. In 2011 most people had cell phones. When Gaddafi cut off the internet, people just sent videos and messages by SMS on their phones. People were what Karl Deutsch called “socially mobilized” (urban, literate, connected by communications networks, etc.). Being socially mobilized is no guarantee of being politically mobilized. Lots of socially mobilized societies are politically quiescent. But in 2011 people in Libya became politically mobilized, and their high degree of social mobilization was a real asset in making the revolution. The UNO/ NATO intervention mainly leveled the playing field for the rebels by destroying regime arms depots out in the desert or targeting SCUD and tank convoys.

Libya under Gaddafi was not stable by 2011, and it was not the United Nations no-fly zone that made it unstable. It was unstable because Gaddafi’s secret police state had lost its authority for a majority of the population, which rose up against it. That is clear instability, and it was provoked by Gaddafi’s erratic and sclerotic dictatorship and by massive repression. I wandered the halls of the courthouse in Benghazi in May of 2011 and the walls were full of pitiful old black and white pictures of young men, including soldiers, whom Gaddafi had made to disappear, asking plaintively if anyone knew their fate (we know their fate).

But in the major city of Misrata, e.g., the local population defied the tank corps of Khamis Gaddafi for six months and never fell, even though parts of the city were reduced to rubble. Not a single NATO bombing raid was launched in Misrata against the Gaddafi tanks, apparently because the tanks were inside the city and NATO did not want to risk hitting a civilian apartment building. Those who are confident that the rebels would have been crushed without the intervention should look at the defense of Misrata, which was successful and local, though Gulf RPGs did come in. Without an intervention, likely Libya would have become Syria. In the past couple of years, about 3,000 people a year are dying in political violence, which is terrible. But during some years of the last decade 12,000 people a year were dying of political and drug gang violence in Mexico. And Libya hasn’t suffered anything like the death toll of Syria, even if we take into account the disparity in population size.

Had Gaddafi not been overthrown (and this was done by the people of Tripoli and Misrata and Zintan and Benghazi, not NATO), Libya would have become exactly like Syria, with 60,000 dead and 3 million homeless (the proporitional equivalents of the situation in Syria). The actual number of internally displaced people in Libya 2011-2015 is 400,000. That’s awful. It isn’t 50% the country, as it is in Syria, it is 6%. Removing the Gaddafi regime forestalled the displacement of the 50%, because it is the air force and tanks and heavy artillery that produce that kind of social apocalypse, and the militias in Syria, bad as they are, don’t have that kind of armament.

As of 2011, Gaddafi did not make Libya stable. He made it unstable. Because his rickety 1970s socialist police state could not survive in the modern world. It was modeled to some extent on Communist East Germany, which trained his domestic spies, and you will note that the DRG isn’t there any more, either.

Does Mr. Trump believe that Europe was more stable when Erich Honecker ruled significant swathes of Germany with an iron fist? Or when Tito headed Yugoslavia?

Trump: Mideast Would Be More Stable With Saddam, Gadhafi