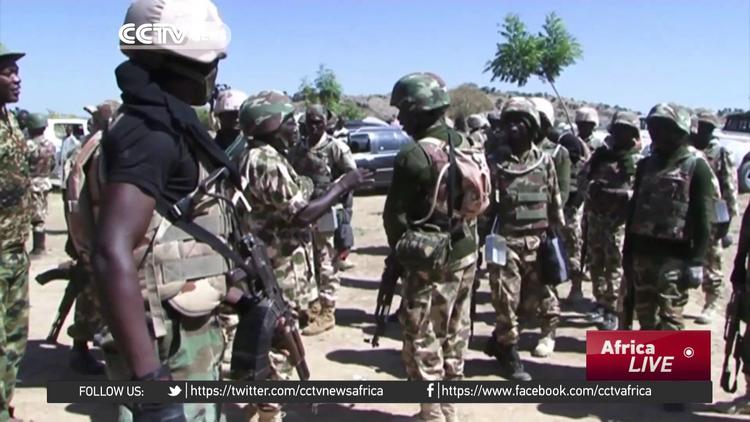 So many people are scratching their heads as they search for an explanation for the extreme acts of violence meted out by such groups as the Nigerian jihadist organization, Boko Haram, and its now allied Middle Eastern Islamic State or ISIS.

Often in normal conversation, people will pull out an explanation, seemingly out of the air, that Islam as a religion lends itself to violence. The facile reasoning does not synch with historic fact certainly for Violent Extremist Organizations (VEOs) that I am familiar with in sub-Saharan Africa. My research on Boko Haram, for instance, shows that the driver of jihadist violence is a narrative of vengeance that was adopted in response to state violence. Historically, this may be true of several other VEOs in sub-Saharan Africa whose radicalization followed a massacre committed by government security forces against peaceful reform-oriented Islamist movements. Such has been the case in Somalia, Uganda and Tanzania.

Nigeria’s Boko Haram, which earned international notoriety with the 2014 abduction of more than 200 school girls, is a classic example of how state violence fosters a narrative of vengeance. Boko Haram’s founding leader, Mohamed Yusuf, had painted a utopian and fundamentalist vision for his followers, but it was peaceful vision. According to his prophetic vision, the adoption of Shari’a in the form of a strict fundamentalist Muslim law would ensure the achievement of a just society. This promise of a reprieve from the burdensome social and economic inequalities and lack of opportunities that characterize society in northeastern Nigeria earned him followers. Indeed, the moniker – Boko Haram (Western-style “Book” Education is forbidden) – that became applied to Yusuf’s movement reflects the deep-seated disillusionment with the educational status quo. According to reports, the Boko Haram label came from the fact that some of his original followers — high school graduates, so frustrated by the corrupt system of public education and the substandard instruction that they had received – reportedly burned their diplomas in protest.

Yusuf’s vision surely did not conform to the Western prescription of secular democracy and free market opportunities as a cure all for socio-economic malaise. Yet, it was neither an unreasonable response for downtrodden youth, especially disenfranchised and disillusioned young men in Borno, Yobe and Adamawa states. Yusuf’s message of hope struck a chord with them.

Yusuf actively eschewed violence as a tactic, however. He argued that a society based on pure Islam would come about by persuasion, not arms. Indeed, he was a preacher who openly engaged other Muslim religious leaders in Nigeria in an open debate about the value and benefits of Western education, and he held at bay others among his followers more prone to adopt violence as a means of imposing Shari’a. In photos and YouTube videos from 2009 and before, you can see Boko Haram’s current brutal leader, Abubakar Shekau standing to the side and slightly beside Yusuf.

The year 2009 is important. In that year, Nigerian security forces opened fire on unarmed Boko Haram followers traveling in a motorbike funeral procession in Maduguiri – the capital of Borno state. Maiduguri has since become a focus of Boko Haram violence including suicide and other types of bombings. Under the administration of former Nigerian president, Goodluck Jonathan, also became the scene of widespread human rights abuses by Nigerian military and security forces. Soon after the funeral procession massacre, the peaceful Yusuf was killed while in police custody.

With Yusuf literally and figuratively out of the leadership picture in Boko Haram, Shekau took center stage, promoting the quest for vengeance as a justification for violence against the state’s security apparatus and others perceived to be the enemy. Boko Haram leaders have used social media strategies to expose the heavy-handed tactics and extra-judicial killings by some Nigerian authorities in its recruiting efforts. In YouTube videos, Shekau has vowed to revenge the humiliation that the group has suffered at the hands of the Nigerian military and security forces, recalling the extrajudicial killing of the group’s founder and the arrest and continuing detention of its members. For Shekau and apparently for other Boko Haram leaders, theirs is a promise that moral injustice will be punished and righted through counter violence.

Drug-induced stupor seems to provide Shekau and his followers with a shield from the psychic pains of inflicting wanton violence on others, no matter how moral they espouse their cause to be. In some of his YouTube videos, Shekau’s crazed eyes and scratching of his skin suggest he uses opiates. And, the Nigerian military has reported finding syringes and narcotic drugs in abandoned Boko Haram camps, likely used by the Jihadis to get high before embarking on their deadly attacks.

Because Boko Haram’s grievances are based on a narrative of vengeance, it is challenging to unpack them to find a negotiated solution. The Jihadi killers justify their actions from a position of the moral superiority and the rectitude of those who have been victimized and humiliated. Any peaceful solution becomes even more complicated as the other party – often the state actors and authorities – too feel aggrieved, damaged and victimized, and the cycle goes on and on. Finding a common ground where each party recognizes the suffering of the other is no easy task, but it may be the only way forward to reclaim a collective sanity.

Certainly, zero tolerance for human rights violence by state actors would help dampen the lust for bloody vengeance. Imagine how Nigeria and the neighboring region would be different today if the killers of Mohamed Yusuf and his followers had been brought to justice.