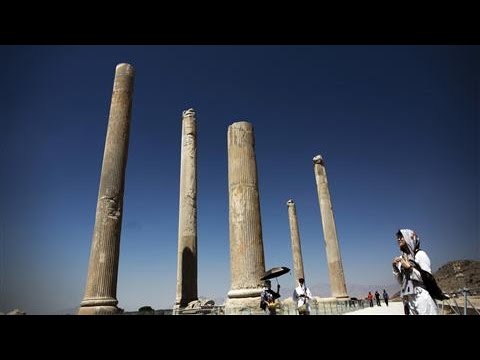 OXFORD, Oct 19 2015 (IPS) – As in most countries, in Iran too there are hardliners and moderates. All polls show that a large majority of Iranians support the nuclear deal (or Joint Comprehensive Plan of Action, JCPOA) between Iran and the P5+1 (the United States, Russia, China, Great Britain, France and Germany), while a small but powerful group of hardliners opposes it. The Iranian parliament has finally approved the deal, but after a great deal of controversy and with some reservations.

Despite the fact that in the 2013 presidential election, in which 72 per cent of eligible voters participated, more than half of the electorate voted for Hassan Rouhani, a centrist and moderate cleric, hardliners have a tight grip over practically all other branches of power in Iran.

Hardliners control the judiciary, and have a majority in the current Majles or Iranian Parliament. They control the Assembly of Experts that has the power to elect the Supreme Leader’s successor, the Guardian Council that acts as a second chamber, the National Broadcasting Organization that has a virtual monopoly of all radio and television broadcasting, and many other organizations.

However, with President Rouhani’s election, the dominance of hardliners over the executive branch came to an end, and elections for parliament and the Assembly of Experts are due on 26 February 2016, and they could alter the internal balance of power. The nuclear agreement has begun to swing public support back to the reformists.

After the initial revolutionary upheaval that isolated Iran from most of the world, and after 36 years of estrangement from the West, this landmark agreement has ushered in a new era of relations between Iran and the West. While most analysts in the West are primarily concerned about its effect on Iran’s foreign relations, for most Iranians its significance lies in what it can do to improve the economic and political situation at home.

The fact of the matter is that Iran has made many concessions, but its nuclear program has received the seal of approval from the Security Council and the West. Even above and beyond the nuclear issue, the JCPOA has opened the prospect of the reintegration of Iran into the global economy and of it playing a much more prominent role in world affairs.

This is precisely what the hardliners fear, because they are worried that Iran’s revolutionary values would be undermined and that Western values would weaken Islamic sentiments. Iran’s powerful Revolutionary Guards chief warned of “nuclear sedition,” aimed at derailing the Islamic Republic from its revolutionary path.

Iran’s Supreme Leader Ayatollah Ali Khamenei has also warned against “infiltration” attempts by the West and has banned further negotiations with Washington.

The main question is whether Iran still wishes to remain in the past and retain its revolutionary zeal, or whether she feels confident enough to look forward and embrace change. It is quite clear that the majority of Iranians have shown that they are in favor of change and coexistence with the rest of the world, while also retaining their distinct religious and cultural values.

Most Iranians are strongly opposed to regime change in the way that has happened in a number of neighboring countries. They are in favor of evolution and reform, rather than revolution and violence. Nevertheless, they have a number of legitimate demands that cannot be suppressed by force.

President Rouhani pledged repeatedly during his campaign to expand political and social freedoms for all Iranians, including freedom of expression. Although some restrictions have been eased, the pace of change has been far too slow. Iran still has one of the largest numbers of executions per capita in the world, and one of the highest numbers of political prisoners. Iranian women still do not enjoy equality with men.

It is true that the government does not have much control over the judiciary or security organizations, but it cannot use this excuse to shirk its responsibilities towards the Iranian people. It must understand that the maintenance of the status quo is not an option. If change is not to be imposed through violence or from outside, the government with the support of the majority of the population must bring about meaningful change.

The JCPOA has opened new horizons for Iran. In the foreign policy field, it has lifted the shadow of war and has made Tehran the diplomatic and economic capital of the Middle East. Now, it is time for Iranian leaders to begin a new chapter of relations with the world. As Ambassador John Limbert, a former US Deputy Assistant Secretary of State for Iran and a former US hostage during the Iranian hostage crisis, has said: “Both sides, after 34 years, have made a very startling discovery, that diplomacy ­ long-neglected tools of listening, of seeking small areas of agreement, of careful choice of words ­ can actually accomplish more than shouting insults, making threats and the wonderful self-satisfaction of always being right.”

The same principle also applies to the domestic situation. Iranian leaders will be surprised to see how much small areas of agreement and small but steady steps towards greater freedoms and democracy can accomplish in putting an end to the alienation between the people and the government, and allow Iran to find its rightful place in the world, and avoid the chaos rampant in many neighboring countries. It is time to use this great opportunity to move forward both at home and abroad, confident in the common sense and patriotism of Iranian people.

Farhang Jahanpour is a former professor and dean of the Faculty of Foreign Languages at the University of Isfahan and a former Senior Research Fellow at Harvard University. He is a tutor in the Department of Continuing Education and a member of Kellogg College, University of Oxford. This is the final of a series of 10 articles in which Jahanpour looks at various aspects and implications of the framework agreement on Iran’s nuclear programme that was reached in July 2015 between Iran and the United States, United Kingdom, Russia, France, China and Germany, plus the European Union.