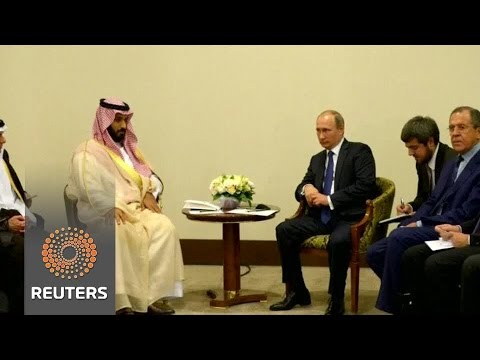 In his “60 Minutes” interview on Sunday President Obama made some remarks on Syria, but do they add up to a policy?

1. He is giving up on a Pentagon plan to train thousands of “moderate” Syrian fighters to take on Daesh (ISIS, ISIL). He admits that the rebels only really want to fight al-Assad and his regime. Obama did not admit that there are very few moderates left who hold any substantial territory. The most effective fighters have been the extremists, Daesh and its rival, al-Qaeda in Syria (the Support Front). Many former Free Syria Army units, who really were moderate, have by now joined or allied with these two.

2. He will continue to bomb Daesh targets in Syria, even though these aerial raids appear to have produced no results.

3. He will not escalate the US military involvement in Syria.

4. His hope is to give enough support to the “moderate rebels” that they can in turn put pressure on the regime and Putin to make Bashar al-Assad step down. (But since he’s not training rebels any more and is just bombing Daesh, how would this result be achieved).

I have long held that Obama is simply trying to contain Daesh in Syria and Iraq, but that nothing he is doing will have the effect of rolling it back. Since Daesh is an enemy of the al-Assad regime, for Obama to contain and weaken it willy-nilly helps al-Assad. This outcome is not the one Obama says he wants, but it is an outcome impossible to avoid.

The place the rebels allied with al-Qaeda have made the big advances in recent months is the north west province of Idlib. Most of the province fell to the “Army of Conquest,” which groups hard line Salafis like the Freemen of Syria (Ahrar al-Sham) with the Support Front al-Qaeda forces. The Support Front reports directly to Ayman al-Zawahiri, one of the masterminds of the 9/11 attacks on the US. With Idlib, the “Army of Conquest” can hope to move against Latakia to its west, Syria’s major port, on which the regime depends for survival.

I think that Obama can’t decently get involved in Idlib precisely because the victorious forces there are essentially al-Qaeda-led. (There are also remnants of small FSA groups in Idlib but frankly each just has a few villages and in the aggregate they don’t amount to all that much.) So the US is irrelevant to the major military development on the ground in Syria in the past year!

In contrast, Putin knows what he wants and has an idea about how to achieve it.

He is giving air support with helicopter gunships and SU-35 fighter jets to the Syrian Arab Army, Hizbullah guerrillas who have joined the fight in northern Hama and southern Idlib, and Iranian special ops forces.

And, there are glimmers of some success. The Syrian Arab Army has taken back several villages north of Hama, with an eye toward an eventual campaign to expel Daesh from Idlib.

The combination of aerial support and local on the ground forces worked for NATO in the former Yugoslava (Clinton got the Serbs to leave the Kosovars alone that way). It also worked for the US in Afghanistan. In the long run Russia may be getting itself into a quagmire. In the short term, they area already containing the western Salafi and al-Qaeda forces from taking Latakia, and perhaps even planning to roll them back. That would be a concrete achievement for Moscow of a sort Obama is lacking.