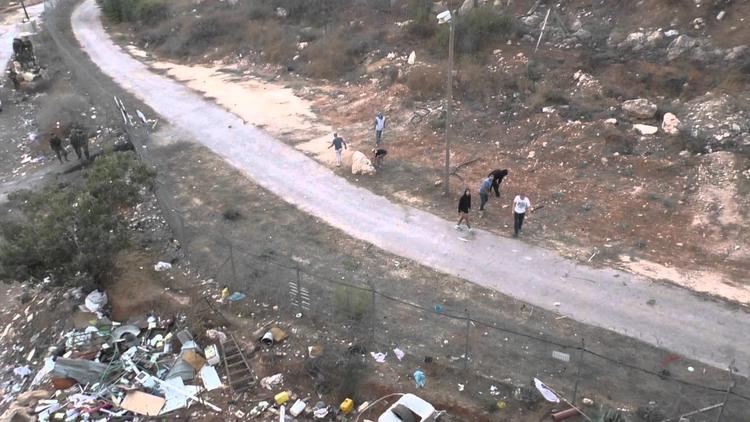 It is a sad reality that, unless Jewish lives are lost, Israelis and the Western world tend to feel that the occupation is not a problem

Since the current upsurge of violence in Israel and occupied Palestine began, numerous foreign leaders, as well as the UN Security Council, have cited the urgent need to restore “calm”. It is not calm, a euphemism for Palestinian submission, which is urgently needed but rather genuine and credible hope for freedom and some measure of justice.

The Israeli government will not provide hope, and the Palestinian Authority cannot provide it.

Israeli Prime Minister Benjamin Netanyahu pledged during his re-election campaign that there would never be an independent Palestinian state on his watch, while Palestinian President Mahmoud Abbas, after promising that he would drop a “bombshell” in his speech to the UN General Assembly last month, dropped a damp squib instead.

Those whose entire lives have been characterised by a “peace process” intended to maintain the status quo, a metastasizing settlement programme that devours their land and a full range of daily humiliations have ample cause for despair.

While numerous obstacles to Israeli-Palestinian “peace” can be cited, the most fundamental obstacle to ending the occupation, now in its 49th year, is simple human nature. People rarely support a significant change in their lives unless they believe that the change will produce a significant improvement in the quality of their lives.

How can Jewish Israelis be brought to perceive ending the occupation as likely to improve the quality of their lives?

In recent years, Jewish Israelis have, understandably and rationally, viewed the status quo as the best of all possible worlds. They have been enjoying peace, prosperity, unwavering Western economic and military support and unconditional American diplomatic protection, while Palestinians, out of sight and out of mind, have been suffering occupation, oppression, impoverishment and frequent, often lethal violence at the hands of the Israeli military and Israeli settlers.

This comfortable situation for Jewish Israelis, with the occupation being essentially free of costs and even inconvenience, must change. It could change either through nonviolent economic and political pressure sustained by the Western world or through violent insecurity sustained by the occupied Palestinian people.

European states could apply meaningful and intensifying economic sanctions to Israel until it complies with international law and relevant UN resolutions and withdraws fully from occupied Palestine. Simultaneously, European states could apply strict visa regulations to all Israelis, requiring those seeking to visit Europe to provide clear documentary evidence that they neither live nor work in occupied Palestine.

In light of the years that the European Union has spent agonising over even properly labelling the produce of illegal settlements sold in Europe, there can be scant optimism that European politicians will soon see it as in their personal interests to play such a principled and constructive nonviolent role.

Unfortunately, that leaves only violent insecurity. While one cannot advocate violence against civilians, one can nevertheless hope that such violence as does occur is limited in nature and produces constructive results. The current low-tech, knives-and-screwdrivers violence, producing a great deal of fear and anxiety but relatively few Jewish Israeli fatalities, may be the most effective and lowest-cost form of violence capable of producing the essential change in Jewish Israeli perceptions of their own interests.

If seemingly random and unpredictable attacks on Jewish Israelis were to continue for a significant period of time, they just might cause a critical mass of Jewish Israelis to conclude that perpetual occupation and oppression are not, in fact, the best of all possible worlds for them and that the quality of their lives would be enhanced by ending the occupation and permitting the Palestinian people to enjoy the same freedom and human dignity – whether in two states or in one – that Jewish Israelis demand for themselves.

It is a sad reality that, unless Jewish lives are lost, Jewish Israelis and the Western world tend to feel that the occupation is not a problem. Now that Jewish lives – and many more Palestinian lives – have been lost, with every likelihood that more will be lost in the weeks ahead, it is essential to take advantage of the world’s attention and promote new perceptions of future possibilities so that all these lives are not lost in vain.

If the current violence continues long enough to qualify as an “intifada”, it might appropriately be called the “Children’s Intifada”. Despairing of ever having meaningful lives, young people and even children are choosing, on their own initiative, to seek what they perceive as a meaningful death. This tragic despair can only be assuaged by hope.

When the violence ends, it must not be because the Palestinian people have been returned to their cage and forced to resume a fraudulent “peace process” leading nowhere. It must be because young Palestinians finally have good reason to feel a genuine and credible hope that their freedom and some measure of justice are achievable.

– John V. Whitbeck is an international lawyer who has advised the Palestinian negotiating team in negotiations with Israel.

The views expressed in this article belong to the author and do not necessarily reflect the editorial policy of Middle East Eye.