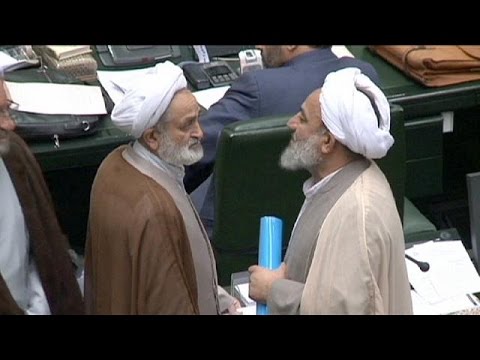 Iran’s parliament has approved the much-ballyhooed deal to limit its nuclear programme. After years of suspicion and sanctions, the tense stand-off with the West has, at least for now, been defused – and not before time.

Even with the world gripped by the Russian entry into the Syrian conflict, no-one can have forgotten that Iran will have to play a role in any long-term solution. And as Rouhani has been stressing in his latest round of diplomatic appearances, Iran is eager to put itself at the centre of efforts to stabilise the Middle East.

And while the nuclear issue is still the key feature of the Islamic Republic’s diplomacy, particularly with Western powers, the deal has also opened up space for Tehran to make bolder and louder diplomatic moves on other fronts – particularly in its dealings with Saudi Arabia.

First there was the tragic stampede at this year’s Hajj, in which more than 400 Iranian pilgrims lost their lives. Iranian government officials have decried what they see as the Saudis’ mismanagement of the Hajj – and the supreme leader, Ali Khamenei, has threatened a “fierce response” to Saudi delays in repatriating the dead.

Then there’s the strong Iranian criticism of Saudi Arabia’s substantial military intervention in Yemen, voiced particularly by Khamenei. It is he who has the final say on Iran’s foreign policy – and while his statements appear to support a muscular response to the Saudis, this remains a rhetorical protest rather than anything substantially material.

The nuclear deal would never have been allowed without Khamenei’s blessing, and he has a key role to play in balancing between the various factions in Iranian politics. Historically speaking, he hasn’t always managed that role with aplomb but, dissenting voices aside, there has been widespread public support for the deal and for the direction of Iran’s foreign policy under the Rouhani administration.

Rouhani and his team know they must appease conservatives back home by offering support for continued protests against the US and Israel. They have also added their voices to the chorus of disapproval of Saudi Arabia’s recent actions.

As Iran’s most active players in international diplomacy they have an important role to play in articulating how Iran responds – and it’s diplomatic language that matters.

Back in the fold

Rouhani’s speech to this year’s UN General Assembly offered his audience the same carrot he dangled in his 2014 address, where he linked the prospect of a nuclear resolution to further co-operation in the fight against the so-called Islamic State.

Heralding the nuclear deal as providing a “new era of peace” in the region, Rouhani saw the agreement as providing the basis for “foundational change” in the Middle East, giving Iran a chance to play a more active role in solving regional crises.

The strategy of linking those two issues has already begun to pay off, with the US now agreeing that Iran should play a role in any Syrian settlement. That’s a big change; remember that Iran was completely excluded from the unsuccessful 2012 and 2014 Geneva peace talks.

In the same address to the UN, Rouhani also made the point that what he called “national uprisings” have been derailed by terrorists. Interestingly, he made no exception of Syria here, implying that elements of the Syrian uprising have legitimacy in Iran’s eyes, despite its support for Assad.

Noting how Iran had aided the establishment of (albeit imperfect) democracy in Iraq and Afghanistan, Rouhani claimed that Iran also wanted to bring democracy to Syria and Yemen, but through votes rather than arms. He saw this taking the form of rule of majority that respects right of minorities – again perhaps hinting at flexibility on Assad and that Iran is not in favour of Houthi rule in Yemen.

So as far as Saudi Arabia goes, what, exactly, is Iran dealing with?

Much is made of the way sectarian divisions shape geopolitics in the Middle East, and for good reason. In Yemen, Saudi Arabia is leading an array of Sunni allies in an offensive against what it regards as Iranian Shia proxies, a largely forgotten war in which around half the casualties have been civilians.

Saudi Arabia is not currently showing any flexibility on Syria, and continues to fund a divided and ineffective opposition. Saudi Arabia continues to persecute its own Shia minority, with one political prisoner currently due to be beheaded and crucified.

Some of Iran’s politicians and sections of its media used the recent tragedy at the Hajj to agitate for a more aggressive policy towards Saudi Arabia. Similarly, Western media will – and indeed have – seized on the Iranian response as a sign of aggressive posturing by the Islamic Republic. This attention is rather misplaced. They would do better to note Rouhani’s focus on constructive engagement based on mutual respect, a tactic that’s proven far more beneficial to Iran of late than resorting to confrontation.

Iran has the opportunity to further prove its diplomatic credentials through using the nuclear success as a foundation for an active presence in the region that can offer solutions rather than further conflict.

Contrast this flexibility with the aggressive intransigence of the Saudi regime in the region’s multiple crises and it might be that Western powers and their media soon start refocusing their ire away from Tehran and towards a more paranoid and activist Riyadh.