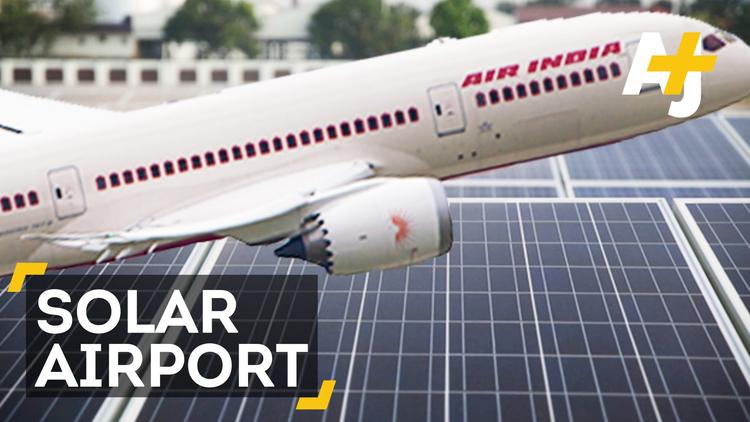 1. Vice News points out that a new report from the Paris-based International Energy Agency estimates that in just five years, by 2020, slightly over one quarter (26%) of all the electricity being generated in the world will come from renewables. The report concludes, “By 2020, the amount of global electricity generation coming from renewable energy will be higher than today’s combined electricity demand of China, India and Brazil.” That will be up from 22% generated by renewables in the world right now. Between 2010 and today, 40% of US coal plants have been shut down. The rest have a big red X on them put there by the Environmental Protection Agency.

2. A report by Bloomberg New Energy Finance has examined 55,000 energy projects around the world, last January and this fall, for the cost per megawatt-hour of electricity generation by various fuels. Here’s what they found: 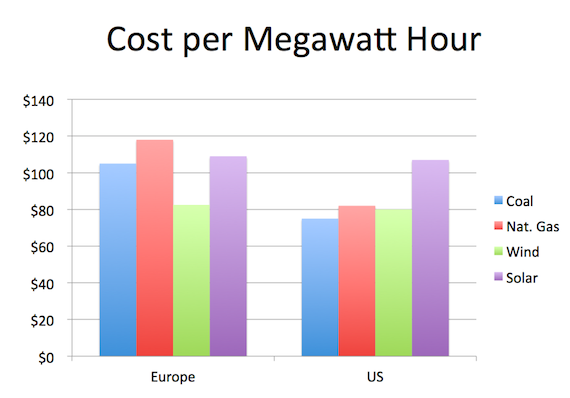 You can see that wind is highly competitive with fossil fuels in the US, but runs rings around them in Europe. Wind is now cheaper than coal or natural gas in Britain and Germany even without government subsidies. Solar is also in the competitive range, and the price is falling rapidly. Of course if you take into account air pollution, health and climate change effects, the cost of renewables is tiny compared to expensive dirty coal, oil and gas.

3. Just a week after SolarCity announced a rooftop solar panel getting 22% efficiency in turning the sun’s rays into electricity, Panasonic went them one better with a panel that gets 22.5% efficiency. Germany now gets 7% of its electricity from solar panels, and the solar revolution in the US has been driven in part by rapidly falling prices of the panels. But many panels still are relatively inefficient. These advances are essentially also price drops, since the same number of panels will generate more electricity (and will likely be less expensive than a few years ago).

4. South Africa has announced that it will build a 1.5 gigawatt solar park in the northern Cape.

5. Renewables are making money for corporations and saving consumers money. This is a recipe for massive growth. Canadian photovoltaic giant SkyPower is going to invest $1 billion in Panama to produce 500 megawatts from utility-scale solar plants. This investment will generate 10,000 jobs. SkyPower is not doing this for the health of its executives. They are making money. And, people in Panama should have their heads examined if they don’t go solar.