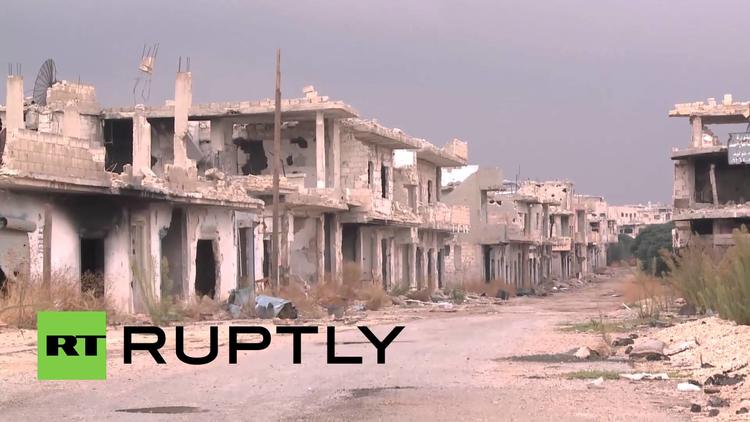 Writing in al-Hayat [Life] this week, columnist Walid Choucair outlined the successes he sees Russia to have had in its Syria campaign, and the goals for which it is reaching. Choucair is the Lebanese affairs bureau chief of this pan-Arab, Saudi-owned London daily, which has a generally liberal outlook and many of the staff of which are like Choucair actually Lebanese.

He says one objective of Russia was to make impossible a US-Turkey brokered safe zone in the north of the country. There had even been talk of Turkey bringing back Syrian refugees to the hinterlands of Aleppo and creating a military-defended safe zone for them. These plans did not pan out. He says Russia feared that this safe zone would be a conduit for ever more medium weaponry to rebel groups, including extremists, especially ground to air weapons. These might have been provided for deployment against Syrian fighter jets, he says, but the nations supporting the rebels would not dare supply them for use against Russia.

The second objective, he says, is the use of Russian bombardment and shelling to paralyze the forces of the Free Syrian Army and other rebel groups.

The third goal is to reorganize and rebuild the Syrian Arab Army, which has shown its inability to defend strategic sites such as Idlib Province’s capital city Idlib, a city of 80,000, which fell to the al-Qaeda-led Army of Conquest in late March this year.

In turn, Choucair says, Russia hoped that achieving these three objectives would allow it put forward a formula for a political resolution of the conflict. Russia is now more eager than ever, he suggests, for a political solution because it does not want a long drawn-out engagement in that country.

Meanwhile, Al Monitor argues that the regime’s Syrian Arab Army has in fact taken a line of villages northeast of Hama, what it calls the Umm Haratain-Atshan-Sukayk line, with Russian air support. 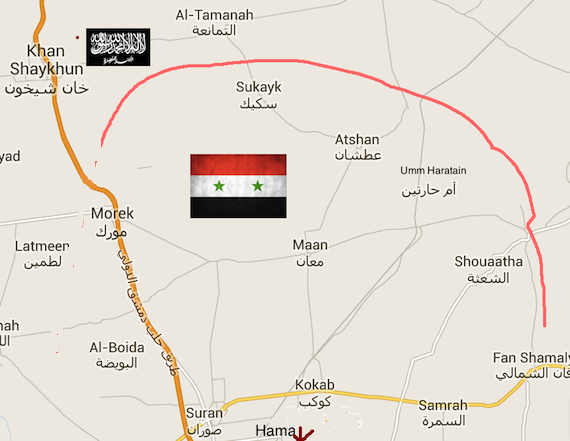 These advances put the SAA in striking distance of Tamaneh and Khan Shaykhun in the northwest of Hama. It says Khan Shaykhun has symbolic importance for al-Qaeda (the Support Front) in Syria. But this region north of Hama is also the gateway to a regime riposte in Idlib Province itself, which it has lost entirely since last spring to the al-Qaeda-led Army of Conquest. The Army of Conquest coalition’s strong position in Idlib allows it to threaten regime supply lines from Hama up to Aleppo to the northeast, and allows it to menace the province of Latakia, an Alawite Shiite stronghold and the site of Syria’s major port city, to the west.

One thing is sure– Russia comes into Friday’s Vienna talks on Syria in a much strengthened position and cannot be very easily dismissed by the US and Saudi Arabia. It has also been able to arrange for Iran to join the talks, a previously unthinkable step for the US and Saudi Arabia, and one that Riyadh is warning could cause the conference to fail.