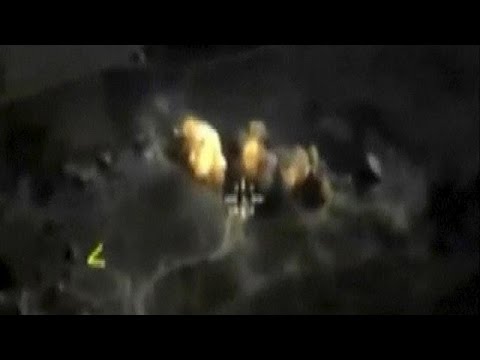 Russia and Iran don’t see eye to eye about the future of Syrian dictator Bashar al-Assad after their military intervention in the civil war, according to correspondent Basil Muhammad of the Kuwaiti dailiy al-Siyasah (“Politics”).

Mr. Muhammad says he interviewed a member of the Iraqi parliament who declined to speak on the record. This individual maintained that the Iranian Revolutionary Guards want to turn the clock back to 2010 and entirely restore the power of Bashar al-Assad throughout Syria, ensuring that once Daesh (ISIS, ISIL) is defeated, it can’t have any resurgence. Unlike Russia, Iran is willing to send ground troops, according to this source.

The parliamentarian said that in contrast, Russia wants al-Assad to be moved out of the presidency to some ceremonial position.

He spoke of two other actors and their views– the Iraqi government of PM Haydar al-Abadi and the Shiite militias (the latter are said to have sent further forces to Syria).

The Iraqi government is said to prefer that al-Assad only remain if he can win a free election. This week PM Haydar al-Abadi said that Russia, Iran, Iraq and the Syrian regime were a Quadruple Alliance, and that the Russian air force is welcome to launch airstrikes on Daesh positions inside Iraq. The clerical leader of the Islamic Supreme Council of Iraq, Ammar al-Hakim, gave an interview on Saturday giving his blessing to the Russian intervention and saying he has hopes it will produce peace and security in the end. The party’s paramilitary, the Badr Corps, is one of the Shiite militias fighting Daesh. Al-Hakim said Daesh was an international conspiracy (i.e. of Saudi Arabia and its Gulf allies, though this allegation is a vast exaggeration).

Some of the Iraqi Shiite militias, in contrast, agree with the Iranian hardliners that al-Assad’s restoration is necessary to forestall any future resurgence of Daesh, according to the article in al-Siyasah. “Arabic Jerusalem” (al-Quds al-`Arabi) reports that one Muhammad al-Shabani, leader of the Iraqi Shiite militia “The Conquering Lion of God” (Asadu’llah al-Ghalib, a reference to Ali) has sent another consignment of men to Iraq to help guard Shiite holy sites there and to fight alongside regime troops. This militia is said by the article to have been implicated in indiscriminate rocket fire on the rebel stronghold of East Ghouta. The announcement gave no indication of how big the new set of volunteers is.

The al-Abadi government in Baghdad is said to have asked Iran and Russia to put off considering al-Assad’s fate for the moment, lest the dispute sap their will to roll up Daesh.

The foreign minister of Egypt, Sameh Shoukry, weighed in Saturday in favor of the Russian intervention, as well, saying it would curb terrorism in the region. The military-backed government of Egypt deeply dislikes political Islam and sees the Syrian opposition as generally on the religious Right.

The terms of the debate as revealed in the al-Siyasah article are astonishingly naive. Al-Assad is by now deeply hated throughout his country, with foes vilifying him for his crimes against humanity and even his supporters wearying of having to risk their lives for a sclerotic regime. That is, the hard line Iranian position is completely impractical.

Any you can’t exactly look to Vladimir Putin for wisdom about a peaceful democratic transition. Having al-Assad step down for some other position was the kind of tactic engaged in by Putin himself, when he served as prime minister for a while before returning as president. This article makes me think the Iranians and Russians really are setting themselves up for a quagmire.