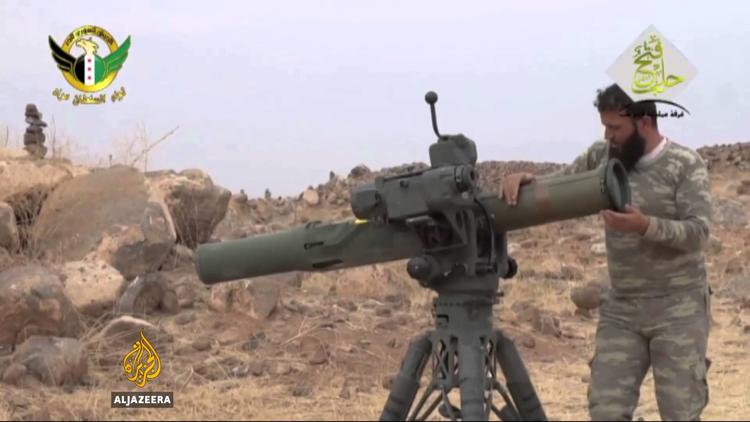 (New York) – At least two air strikes in northern Homs on October 15, 2015, that local residents believed to be Russian, apparently violated the laws of war. The air strikes killed a total of 59 civilians, residents said, including 33 children and a commander of the local armed opposition group. Russia should investigate the attacks.

The deadliest attack hit a house in the village of Ghantou, where the extended Assaf family had taken shelter, killing a reported 46 family members, all civilians, including 32 children and 12 women, first responders and local activists said. The victims were related to a local commander affiliated with the opposition Free Syrian Army (FSA), but witnesses said that he was away from the home at the front lines. The second air strike, on the neighboring town of Ter Maaleh, hit near a bakery, and according to local witnesses, killed at least 13 civilians as well as a local FSA commander who was a Syrian army defector. It is not clear whether he was the intended target, as neither Russia nor Syria have issued statements about the specific air strikes.

“Civilians in northern Homs may have nowhere to hide or flee as the offensive intensifies,” said Nadim Houry, deputy Middle East director. “Russia should ensure that it takes all precautions to protect civilians and that civilians are able to leave the area if they want, without being hit by Russian or Syrian air strikes.”

The October 15 strikes were part of a broader air campaign by Russia and Syria on an enclave in northern Homs under the control of armed opposition groups, to assist a ground offensive by the Syrian army and its allies. According to the Syrian American Medical Society, which works inside the war-torn country and delivers aid to Syrians in the area, more than 50,000 civilians still live in the area, where several towns had been under siege by the Syrian Army since 2012. With nowhere to flee, the civilian population is at grave risk, Human Rights Watch said.

According to the United Nations-mandated commission of inquiry on Syria, government forces have imposed sieges in Homs governorate, where Syrian soldiers at “checkpoints regularly conduct arbitrary arrests, confiscate food and other basic supplies, and prevent sick and wounded persons from seeking medical attention.”

Local residents told Human Rights Watch said they believe the strikes were by Russian forces because the sound of the planes was different from the sound made by Syrian air force planes, and the Russians fly much higher. The Russian news agency Interfax reported that the Russian air force assisted the Syrian armed forces with an air offensive in Homs on October 15. A local journalist on pro-government radio outlet Sham FM, reporting on October 15 from the Syrian Army lines in northern Homs, referred to “joint Russian and Syrian” airstrikes at around 6 a.m., on positions of armed groups in Ghantou, Ter Maaleh, and other areas in the enclave.

Russia and Syria should abide by their obligations under international humanitarian law, including not targeting civilians, giving advance warning of all attacks that may affect civilians except when circumstances do not permit, and allowing aid agencies immediate access and safe passage for civilians out of villages that have been or may be attacked in northern Homs, Human Rights Watch said.

The blast wounds and flash burns visible on victims in videos and photographs of the Ghantou aftermath, the highly uniform size of the rubble, and the body positions with few fragmentation wounds, indicate the possible use of fuel-air explosives (FAEs), also known as “vacuum bombs,” or enhanced blast weapons. More powerful than conventional high-explosive munitions of comparable size, fuel-air explosives produce extensive damage over a wide area, and are therefore prone to indiscriminate impact in populated areas.

Civilian relatives of combatants are not legitimate military targets. If the local commander was the intended target, the likelihood that the attack on a civilian home with what appears to be a vacuum bomb would have killed large numbers of civilians makes it a disproportionate and unlawful attack, Human Rights Watch said. Attacks in which the expected civilian loss exceeds the anticipated military gain are serious violations of the laws of war.

Activists said no warnings or announcements of the air strike were made to civilians. They said the only warnings came from the Syrian army, telling the Free Syrian Army to surrender. The laws of war require each party to the conflict to give effective advance warning of attacks that may affect the civilian population, unless circumstances do not permit.

With regard to the Ter Maaleh attack, the Syrian state news agency SANA reported on October 15 that the Syrian army began an offensive in northern rural Homs after “precision air strikes” and shelling to prepare for a ground offensive. SANA said that an al-Qaeda-linked group, Jabhat al-Nusra, had caused a “massacre” in Ter Maaleh and “emphasized” that the Russian and Syrian armies “do not target civilians.” Local residents and video footage make it clear, though, that the civilians in Ter Maaleh died as a result of an air strike.

The intended target is not clear. Even if the air strike was targeting Ruwad al-Aksah, the local man who was a Syrian army defector, it appears to have used indiscriminate means or have caused disproportionate harm to civilians. Indiscriminate or disproportionate attacks are serious violations of the laws of war that Russia has an obligation to investigate. Victims of laws of war violations and their families should be promptly and adequately compensated.

According to Homs Civil Defense, a local rescue unit, and other activists, Ter Maaleh was home to at least 30,000 people at the time of the attack, many of whom had been internally displaced, as the village was considered a safer area for civilians than some of the other towns in the opposition-held enclave. Interfax, reported on October 15 that there were heavy clashes between Syrian rebels and the Syrian army in Homs. “We are calling for a way out, especially for our women and children,” said Muhammed Kenj, a Ter Maaleh activist. “People in Homs are banging into each other trying to find a safe place to hide, fleeing from one bombarded village to another. We need a crossing that is safe to get the civilians out of Homs.”

The Syrian American Medical Society, an aid group that supports a number of medical facilities in northern Homs, has said that several towns in northern rural Homs are besieged by Syrian government forces, who allow little aid into the area and deny access to roads out of the governorate. The UN classifies almost all of northern Homs as “hard to reach,” and the medical society has said that supplies and medical aid enter rural Homs through bribery and smuggling through Syrian government checkpoints.

“Russia talks about precision strikes, yet accounts from the ground and footage from the aftermath indicate that many civilians are being killed,” Houry said. “Russia needs to take all necessary measures to protect civilians from their own strikes.”

The Ghantou Air Strike
Four local activists who publish information about events in the area and a first responder who went to the scene of the air strike on Ghantou told Human Rights Watch that strikes hit the town over 12 hours, starting at 6 a.m. They said that almost all of the 46 people killed when a rocket hit a home were from the Assaf family. Human Rights Watch received a list of names of the dead and missing, including the 32 children. The activists said that all the victims were civilians. The victims were related to Abu al-Abbas, commander of al-Sumud Brigade in Homs Liberation Movement (Liwa’ al-Sumud in Haraket Tahreer Homs), a group affiliated with the Free Syrian Army. Abu al-Abbas was at the front line at the time of attack.

“The whole family was hiding in a shelter built in the basement of the house,” said Abu Mohamed, a local activist who helped with the rescue. “People were trying to dig the rest of the family out, but all you could see were limbs and rubble.”

Local residents said that the closest front line to Ghantou was two kilometers northwest of the residential area that was struck.

YouTube videos of the aftermath of the air strike showed local activists at a large crater where the strike hit. Describing the area as Ghantou, at the site of a shelter, the videos showed bodies strewn on the ground as people covered them with blankets, and the twisted insides of damaged homes. In the video, people try frantically to dig out bodies with shovels, but the rubble appears too heavy.

The Ter Maaleh Air Strike
In Ter Maaleh, first responders said that an air strike hit close to Al-Ali Bakery in a busy marketplace. A Ter Maaleh Facebook page said 12 people were killed initially, including one child. They later added that a 13th person died from the wounds he had suffered from the morning airstrike. Local activists who publish information about the area said that the owner of the bakery and its employees, as well as a number of people lining up outside for bread, were killed in the strike, which also occurred at 6 a.m. Human Rights Watch reviewed photos of eight of the 13 victims, which showed them in civilian clothing with no reference to any affiliation to armed groups. The Facebook group reported that by 9:00 p.m., the overall October 15 death toll for Ter Maaleh residents had increased to 18 but did not specify whether the additional five died from the early morning airstrike.

YouTube video shot by local activists showed several cars on fire and a crater on the ground where the rocket hit. Women were screaming as members of the community raced to lift the injured into the backs of pickup trucks. A warehouse filled with what appeared to be bags of flour was also shown near the wreckage of twisted iron and rubble.

“When I arrived, I saw bodies scattered, three cars on fire, and a house on fire,” said a local activist nicknamed Amer al-Nasser. “Four homes were completely destroyed and the civilians were either burned up or their limbs cut off. We only recognized the victims by their clothes. I saw eight people dead and many more were under the rubble.”

N. B.: This report is from a generally pro-Opposition point of view and is included for that perspective.