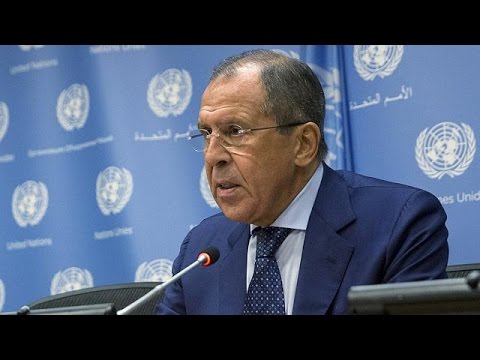 President Obama on Friday pledged not to turn Syria into an arena for a proxy war between the US and the Russian Federation. But he went on to criticize president Vladimir Putin for attempting to prop up Syrian ruler Bashar al-Assad and predicted that Syria under these circumstances will turn into a “quagmire” for Moscow.

Russia began its own, direct bombing campaign this week. On Wednesday and Thursday it mainly lashed out at al-Qaeda in Syria (the Support Front) and its allies, though in doing so it may have hit some small remnants of the Free Syrian Army (though several of those elements have since allied with al-Qaeda). On Friday, Russia hit Daesh (ISIS, ISIL) targets in and around Raqqa, the capital of the phony caliphate.

Despite the squawking from the likes of Sen. John McCain, Russia mainly hit al-Qaeda in Syria and groups closely allied with it such as Ahrar al-Sham (Freemen of Syria) and Suqour al-Jabal (Mountain Eagles)–which allied with al-Qaeda in an Aleppo campaign this last summer. Russia also may have hit some small independent groups left over from the old, collapsed Free Syrian Army along with these bigger targets.

The Russias also hit Talbisa. RFE says “The U.S.-based think tank the Institute for the Study of War (ISW) reported that the rebel-held town of Talbisah is controlled by the Nusra Front, Ahrar al-Sham, and a number of other local rebel groups.” In other words, the Russians hit the Nusra Front/ al-Qaeda and its allies.

So why is President Obama really protesting? And note he isn’t protesting very loudly– promising no proxy war, and his officials are admitting they can’t protect the small number of US-backed Free Syrian Army troops from Russian airstrikes.

You could imagine the following scenario: The Free Syrian Army has largely collapsed and it holds almost no territory. Daesh has taken the east except for the Kurdish region.

The most effective fighters in the west and the south are the Support Front or al-Qaeda, which reports directly to Ayman al-Zawahiri (a 9/11 mastermind). Smaller hard line Salafi groups that reject democracy, such as Ahrar al-Sham/ The Freemen of Syria decided to make a coalition with al-Qaeda, rather as the Taliban had done in Afghanistan in the 1990s. They call this al-Qaeda-led coalition the Army of Conquest (Jaysh al-Fateh), and use it as a smokescreen to deny that it is mainly al-Qaeda.

Saudi Arabia and Turkey support the Army of Conquest, which is heavily al-Qaeda. And they have convinced Obama to support it too, at least rhetorically. That support may be a booby prize for Saudi Arabia, which lost its fight against the Iran deal.

But in my view it is both dangerous and shameful for the US to ally with groups that are in turn linked to al-Qaeda or have al-Zawahiri in their reporting line.

So that is why Obama took the odd stance of complaining about Russia bombing al-Qaeda and its allies but promising not to do anything about it. The first part was to mollify Saudi Arabia, angry about Russia coming into the Middle East. The second part (not doing anything about it) is just common sense when two well-armed nuclear states confront one another.