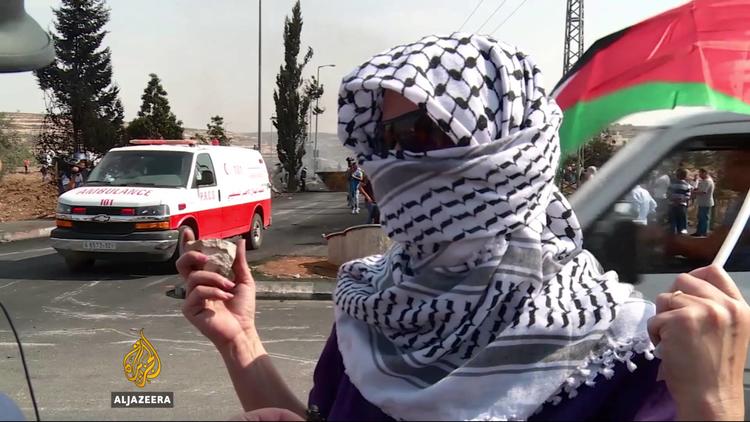 Armed Israeli settlers — under Israeli military protection — attacked Palestinian homes with stones and empty glass bottles to the east of Hebron city, on Tuesday, according to local and security sources.

Sources said, according to WAFA, that Jewish settlers from the Israeli settlement of Kiryat Arba, built illegally on Hebron land, broke into the eastern part of Hebron and attacked with stones and empty glass bottles Palestinians’ homes in the area, as well as shouted profanities against local Palestinians.

An Israeli military escort was accompanying the settlers during their offensive; the second such attack in less than three days.

Last Saturday, dozens of settlers from Kiryat Arba removed the barbed wires that separate the settlement from adjacent Palestinian homes and attacked them with stones and bottles. They also shouted racist slogans and profanities against Palestinian families in the neighborhood.

Violence by extremist Jewish settlers is commonplace. On July 31, a group of Jewish fanatics killed 18-month-old Ali Dawabsha and seriously injured his entire family, during a predawn arson attack which targeted two homes in the village of Douma, south of Nablus.

The baby’s father, Sa’ad Dawabsah, died of his wounds at an Israeli hospital about a week later, while his mother, Riham, 27, died of her wounds over a month after the incident.

Settlers recently stepped up their attacks against Palestinians in the West Bank, including Jerusalem, amid growing tension and renewing clashes between Palestinians and the Israeli army and police.