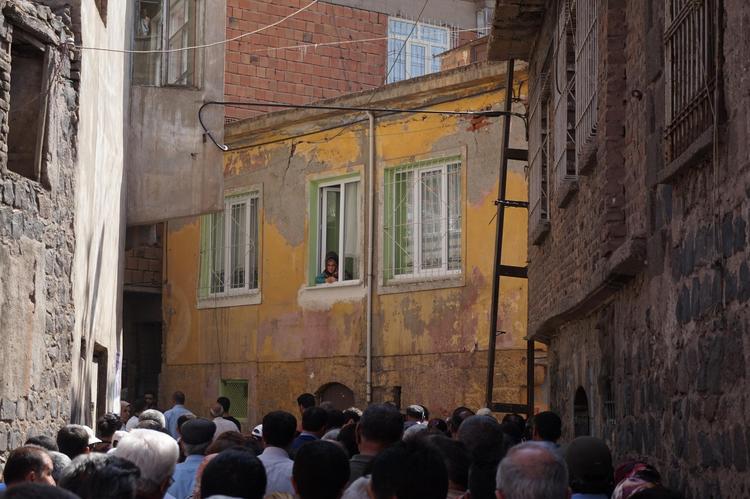 Tomorrow, on November 1, Turkish voters will return to the polls for the second time in 5 months. At the core of this election is a conflict that’s been eating away at the country’s east: The “Kurdish question”.

In Diyarbakir, the unofficial capital of Kurdish Turkey, the usual signs of election season are in the air. Party banners are waving and local politicians are awkwardly serving out soup to the masses for the benefit of the camera.

But it does not take long to notice that all is not well. Armored police vehicles patrol the streets. Down the alleyways, graffiti supporting the PKK, a 37 year old Kurdish militant movement, and its jailed leader, Abdullah Öcalan, covers the walls. Further into the city, bullet holes and rocket craters mark the sites of police crackdowns on the areas where the YDG-H, a youth militia loyal to Öcalan, had declared “self-defense” zones, setting up barricades to deny police access to their neighborhoods. 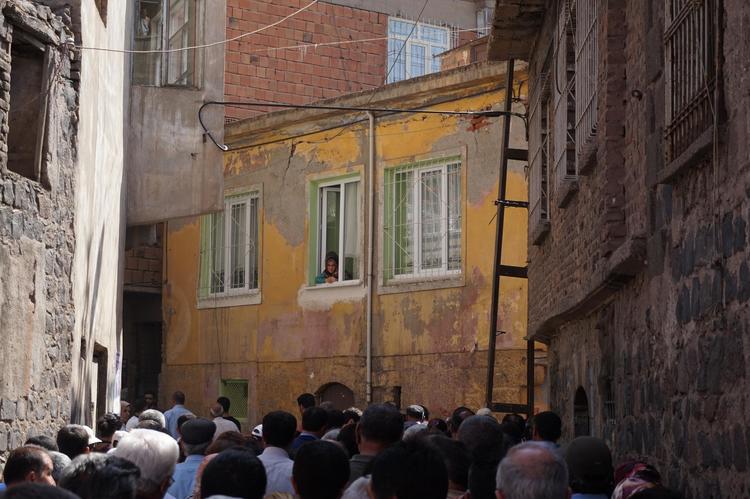 Members of the BDP, the local wing of the HDP, march through the narrow streets of Diyarbakir in protest of the government’s recent policies. Photo by Peter O’Connor.

The June election cost the ruling party, the AKP, its majority, largely because a surprising number of Kurdish voters turned to the left-leaning HDP. It was the first time the HDP, which ran on a platform of pluralism and minority rights, managed to cross the 10% threshold required to be represented. The AKP was unable to form a coalition with any of the other parties, resulting in a snap election being called for November 1.

A lot has changed in the country since June. A nearly two year peace process between the government and the PKK ended when an Islamic State suicide bomber attacked a left-wing student delegation in the largely Kurdish town of Suruç, Turkey, killing 33 people. The PKK claimed that the government was behind this attack, and responded by killing 2 Turkish soldiers. Two days later Turkish president, Recep Tayyip Erdoğan, launched a bombing campaign on PKK positions in Turkey and Northern Iraq, effectively bringing an end to the peace process.

In the months since then, the violence has escalated. Hundreds of Turkish soldiers and PKK militants have died in clashes, and in Kurdish towns, the YDG-H declared certain neighborhoods to be “autonomous” from the Turkish state, resulting in military crackdowns throughout the country’s southeast. 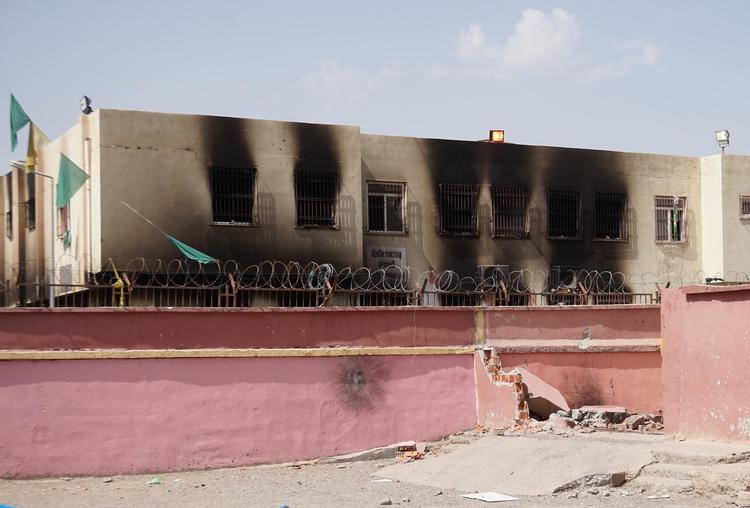 In the heart of Diyarbakir, a school and community center still bear the wounds of a recent clash between police and the YDG-H. Photo by Peter O’Connor.

On October 10, things went from bad to worse when two bombs detonated at an HDP rally in Ankara, killing 102 people – Turkey’s most deadly terrorist attack. The HDP leader, Selahattin Demirtaş, openly accused the government of being “directly responsible” for these attacks, a claim which the AKP strongly denies.

Prime Minister Ahmet Davutoğlu, leader of the AKP, has claimed that the bombings were a joint operation between the Islamic State and the PKK. Many in Kurdish Turkey consider this claim to be absurd, given that IS and the PKK are actively fighting each other in Syria and Iraq, and that the groups have diametrically opposing ideologies. “When Davutoğlu retires”, one local Kurd quipped, “he should become a comedian, because he says some very funny things”.

As a result of the Ankara bombings, all major HDP rallies have been cancelled due to safety concerns.

When talking to people in the region, it becomes immediately obvious that the PKK and YDG-H have widespread public support. Locals of all ages are quick to express their support for Öcalan and their disdain for Erdoğan. Internet cafes are filled with teenagers watching PKK propaganda on YouTube.

One woman who works with the BDP, the local affiliate of the HDP, describes how many Kurds sympathize with the militant groups. “We understand them … If you want to survive as a society, you need an army, especially in a place like the Middle East”.

Diyarbakir has calmed down somewhat since the PKK declared a unilateral ceasefire in the month leading up to the election. Locals say that the YDG-H has largely held to this ceasefire. While the PKK claims that they declared the ceasefire to ensure a peaceful election, the government counters that they’re just using it to buy time and allow them to restock for future attacks.

Last year, Turkey was a relatively stable place. Since 2013, the peace process had been progressing, and PKK leader Öcalan had called for an end to the armed struggle. So where did it all go wrong?

Locals generally point to Kobane, a Kurdish town on Syrian side of Turkey’s southern border. The town was besieged by the Islamic State from October 2014 to January 2015, and defended by the YPG, a Kurdish militia affiliated with the PKK. The Turkish government was reluctant to lend support to a group so closely tied to the PKK, and prevented Turkish Kurds from crossing the border to fight against IS. Many Kurds interpreted this as a sign that Turkey was colluding with IS to bring down their mutual enemy, the PKK.

A local man in Diyarbakir says of Kobane, “This was when Erdoğan showed his true self”. The AKP, which in the past had made an unprecedented push for Kurdish rights, now appeared to prefer to have IS on its border than an independent Kurdish region.

The YPG eventually pushed IS out of Kobane, with the help of American airstrikes, but the memory remained. As a result, the AKP lost many Kurdish votes in the June election, costing them their majority.

Polls seem to indicate that the numbers will be similar this time around, meaning that the AKP is unlikely to achieve majority and a coalition will have to be formed.

It has been a bloody year for Turkey’s Kurds. Everyone involved claims to hope for peace. In the coming months, the world will see whether all these words translate into action.

Readers may also be interested in Juan Cole, “Turkey Has Its Own Ben Carson, and the Bad News Is That He’s Already President”