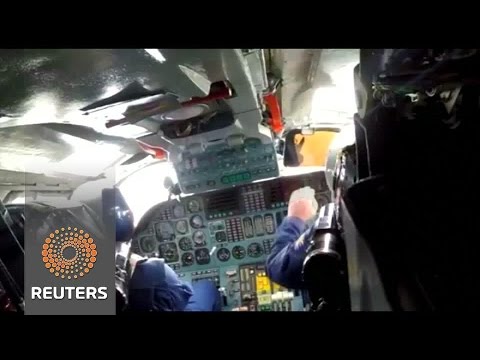 French President Francois Hollande is seeking a new relationship with Russia after the attacks on Paris by Daesh (ISIS, ISIL) and the Russian conclusion that a bomb downed a Russian airliner in Egypt’s Sinai last month.

Le Monde reports that France and Russia have agreed on a “coordination of efforts” in the unfolding war. Vladimir Putin ordered Russian naval vessels in the Mediterranean Sea to enter into “direct contact” with the aircraft carrier Charles-de-Gualle and to “cooperate “French allies.” The Charles DeGaulle will set out from Marseilles on Thursday for the eastern Mediterranean.

Hollande will meet Russian President Vladimir Putin on Nov. 26 in Moscow, after visiting Barack Obama in Wahsington on Nov. 24. Hollande says he wants to construct a “great and unique” coalition against Daesh.

France and Russia both launched airstrikes against the Daesh capital of al-Raqqa in Syria on Tuesday. While some damage can be inflicted on Daesh from the air, especially if its oil smuggling infrastructure is damaged, it cannot be defeated without a land force on the ground. France went to the European Union on Tuesday to seek a declaration of collective security.

The overtures came as French police arrested 5 men in St. Denis near the soccer stadium that was attacked Friday night. A sixth person, a woman, detonated her suicide belt and blew herself up early in the raid on an apartment where three of the men were holed up.

On Tuesday, the business newspaper Vedomosti published an op-ed by Nikolay Epple and Pavel Apteka on “Common Threat and Response Options. Will Terror Threat Lead to Real Rapprochement of Russian and Western Positions?” according to BBC Monitoring

The authors note that in the wake of twin attacks, Sinai and Paris, Moscow and Paris are reaching out to one another.

The editorial wonders, however, about the limits of a grand alliance, similar to the US, British, and Soviet coalition against Nazi Germany. In Feb. 1945 at the Yalta conference in Crimea, Roosevelt, Stalin and Churchill jointly decided to fight on till Hitler’s defeat.

The authors say that Europe is still open to a Ukraine in NATO, which worries Moscow. Some sort of settlement still has to be made about Russian claims on Crimea and its sphere of influence in eastern Ukraine. The piece suggests that one price of rapprochement is that Putin will have to allow Ukraine to recover control of its eastern border..

With regard to Syria, a grand alliance is probably only possible, they say, if Russia gives up its project of saving Bashar al-Assad per se. Otherwise, they think Syria is the most promising arena for Russia’s reentry into world society. They caution, however, that Daesh is no Hitler and that the Russian Federation is not as powerful or important as the Soviet Union had been. The motivations for the alliance on the part of the West are therefore less powerful this time around, they say.