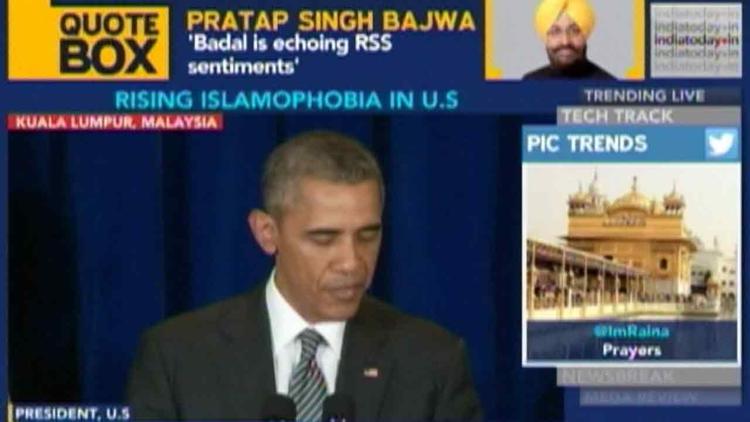 Washington, DC The Bridge Initiative, a Georgetown University research project on Islamophobia, releases today its inaugural report which traces 20 years of polling data on Americans’ views on Islam and Muslims.

The Super Survey finds that Americans have tended to be more wary of Islam and Muslims when they’re presented in a general way, or tied up in a political issue, like the so-called Ground Zero Mosque in 2010. But Americans have been more supportive of the religion and its followers within more local contexts, like a mosque being built in their neighborhood.

The report, which analyzes 480 polling questions that measured American attitudes on Muslims and Islam from 1993 to 2014, finds that a majority of Americans have consistently claimed to be uninformed about Islam, and that less than half have said they know a Muslim personally.

The Iraq War — not 9/11 — was a turning point for Americans’ views of Islam. Polling data found that during the middle of the Iraq War, positive views of Muslims’ religion declined, with negative views outweighing positive ones.

The report also finds that Americans have consistently felt “colder” towards Muslims than another religious group, with at least one in five Americans reporting unfavorable views of American Muslims in particular and global Muslims in general.

The Super Survey also explores Americans’ views about the link between Islam and violence. A plurality of Americans have responded that Islam is “peaceful” and that it doesn’t condone terrorism, but when asked about Islam in comparison to other religions, a plurality viewed it as more violent.

Additionally, more Americans said that Islam was “more likely to encourage violence than other religions” during three significant times: when some government officials and media personalities had made (or were currently making) the case for U.S. military involvement in the Middle East (Iraq in 2003, Iraq surge in 2007, and ISIS in 2014.)

Attitudes on Muslims’ place in American society have depended on the context. Most have been wary of a Muslim in the White House, but a majority thought bans on the female headscarf were a “bad idea.”

This report finds that American attitudes towards Islam and Muslims are neither overly optimistic, nor entirely bleak. It paints a paradoxical picture that is sometimes hopeful and at other times discouraging.