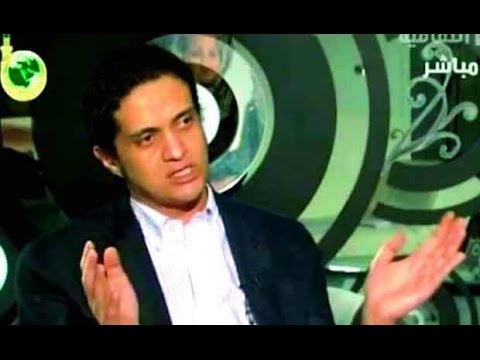 (Beirut) – A Saudi court sentenced a Palestinian man to death for apostasy on November 17, 2015, for alleged blasphemous statements during a discussion group and in a book of his poetry.

The accused, Ashraf Fayadh, 35, denies the charges and claims that another man made false accusations to the country’s religious police following a personal dispute. Fayadh has 30 days to file his appeal.

“Regardless of what Fayadh said or didn’t say, Saudi Arabia should stop arresting people for their personal beliefs,” said Sarah Leah Whitson, Middle East director. “The fact that Ashraf Fayadh is facing the prospect of being beheaded only adds to the outrageousness of this court ruling.”

The Guardian reported that Fayadh was born in Saudi Arabia and is a member of the British-Saudi art organization Edge of Arabia, and has curated art shows in Jeddah and Venice.

The trial documents, which Human Rights Watch reviewed, indicate that members of Saudi Arabia’s Committee on the Promotion of Virtue and Prevention of Vice, or religious police, arrested Fayadh at a café in Abha, in southern Saudi Arabia, in August 2013. The religious police went to the café after a man reported that Fayadh had made obscene comments about God, the Prophet Muhammad, and the Saudi state. The man also alleged that Fayadh passed around a book he wrote that allegedly promoted atheism and unbelief.

After Fayadh was arrested, the court documents indicate, the religious police discovered on his phone photos of Fayadh with several women, whom Fayadh said he met at an art gallery.

The religious police held him for a day, then released him, but authorities re-arrested him on January 1, 2014. Prosecutors charged him with a host of blasphemy-related charges, including: blaspheming “the divine self” and the Prophet Muhammad; spreading atheism and promoting it among the youth in public places; mocking the verses of God and the prophets; refuting the Quran; denying the day of resurrection; objecting to fate and divine decree; and having an illicit relationship with women and storing their pictures in his phone.

During the trial, which consisted of six hearings between February and May 2014, Fayadh denied the charges, and called three witnesses contesting the testimony of the man who reported him to the religious police. The defense witnesses said that the man reported Fayadh following a personal dispute, and that they had never heard blasphemous statements from Fayadh. Fayadh also said that his book, Instructions Within, published a decade before, consists of love poems and was not written with the intention of insulting religion.

During the last session, Fayadh expressed repentance for anything in the book that religious authorities may have deemed insulting, stating, according to trial documents, “I am repentant to God most high and I am innocent of what appeared in my book mentioned in this case.”

On May 26, 2014, the General Court of Abha convicted Fayadh and sentenced him to four years in prison and 800 lashes. The court rejected a prosecution request for a death sentence for apostasy due to trial testimony indicating “hostility” between Fayadh and the man who reported him, as well as Fayadh’s repentance.

The prosecutor appealed the ruling. Human Rights Watch was not able obtain a copy of the appeals ruling on the initial verdict, but the case was eventually sent back to the lower court. On November 17, 2015, a new judge with the General Court of Abha reversed the previous sentence and sentenced Fayadh to death for apostasy.

According to the judge’s ruling, he dismissed the testimony of the defense witnesses in the initial trial and ruled that Fayadh’s repentance was not enough to avoid the death sentence.

“Repentance is a work of the heart relevant to matter of the judiciary of the hereafter; it is not the focus of the earthly judiciary,” the ruling said.

Saudi Arabia has executed 152 people in 2015, which according to Amnesty International is the highest recordednumber since 1995. Most executions are carried out by beheading, sometimes in public. The vast majority are for murder and drug crimes, but Saudi courts occasionally hand down death sentences for other “crimes” such as apostasy and sorcery.

In February 2015, a Saudi court sentenced a Saudi man to death for apostasy for allegedly posting a video to YouTube showing him tearing pages of the Quran. A local activist associated with the case told Human Rights Watch that the man suffered from a mental disorder.

Human Rights Watch opposes capital punishment in all countries and under all circumstances. Capital punishment is unique in its cruelty and finality, and it is inevitably and universally plagued with arbitrariness, prejudice, and error.

Saudi authorities regularly pursue charges against individuals based solely on their peaceful exercise of freedom of expression, in violation of international human rights obligations. The Arab Charter on Human Rights, which Saudi Arabia has ratified, guarantees the right to freedom of opinion and expression under article 32.

“This death sentence against Fayadh is yet another indictment of Saudi Arabia’s human rights record,” Whitson said. “The Saudi authorities should immediately vacate this sentence and order Fayadh’s release.”