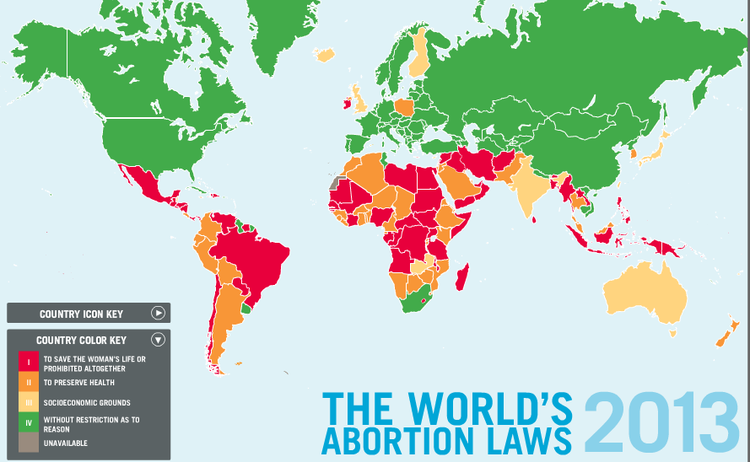 Americans are more at risk from violence by armed white Christian fanatics than they ever were from Muslims.

Abortion clinics have been targeted for violence by fundamentalist Christians of a violent bent for decades. In 2009, Dr. George Tiller was relentlessly shot to death by Scott Roeder, who insisted that the good doctor was satanic because he performed abortions. Dr. John Britton was murdered in 1994 on similar grounds. A strain of Christianity in the United States has never accepted Roe v. Wade, which made it a woman’s right to have an abortion. Not accepting it for oneself is a matter of conscience, and there is nothing wrong with that. But not accepting it for other people is a form of coercion aimed at depriving them of a legal right.

Deploying violence against people to halt abortions is the textbook definition of terrorism, which in the 1990s the Federal Code sensibly defined as non-state actors using violence against civilians to achieve a political aim. Much violence and coercion at Planned Parenthood (only 3% of its activity has to do with abortion) is inspired by Christian fundamentalism.

On this point, Christian ultra-conservativism agrees with the point of view of the Malik school of law among Muslims. In essence, Christian terrorists are attempting to move the United States on the below map away from a modern European norm, where abortion is elective up to a certain point in pregnancy, to an Afro-Asian and Maliki Muslim norm where it is often forbidden except to save the mother’s life (or not even then). 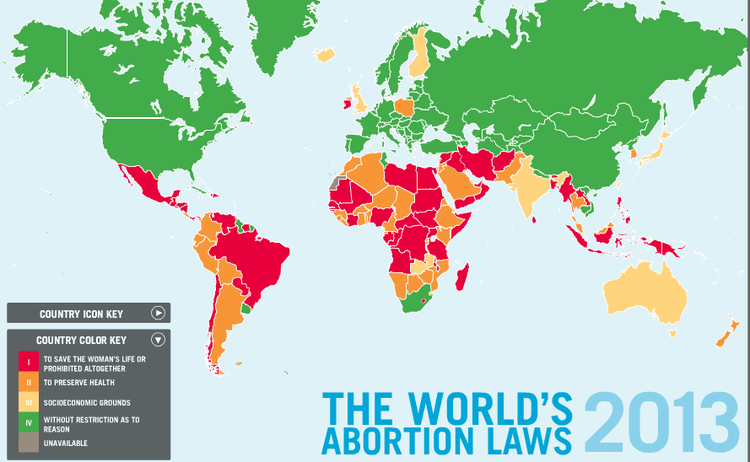 There are four legal schools within Sunni Islam, the Maliki, Hanbali, Shafi’i and Hanafi. Ironically, the Hanbali, Shafi’i and Hanafi schools of Sunni Islam allow abortion, the Hanafi until day 42, and the Shafi’i until 4 months– and so they are more liberal on this issue than much Evangelicalism or Roman Catholicism. The Qur’an, like the Bible, doesn’t mention the issue.

Even mainstream GOP politicians (and apparently most of the presidential candidates) now want to ban abortion even in cases of rape or where the mother’s life is in danger, exalting the rights of the fetus and its father over that of the adult woman. Marco Rubio recently switched to this extreme position. Carly Fiorina famously melted down over a figment of her imagination — a video she said depicted a Planned Parenthood abortion wherein the aborted fetus was still alive, a video that does not exist (and what she may be referring to was probably footage of a miscarriage and certainly not at PP). I.e., the Republican Party is now to the right of conservative, Maliki Morocco on the abortion issue, which is planning to make the procedure legal in cases of rape or incest.

If a Muslim came on American television and fulminated against abortion on the basis of a videotape that does not exist, one can imagine the reaction– and that person would now be being accused of incitement, which most commentators will avoid doing to Fiorina. If a Muslim shot up a Planned Parenthood clinic, he’d be sent to Gitmo and the US military would go on alert. There is a double standard for anti-abortion terrorists because they tend to be white Christians.

What Christian and Muslim absolutists on abortion cannot accept is that women will have abortions one way or another, and making them illegal just drives them underground and makes them much more harmful to all concerned. In Morocco, it is estimated that there are 600-800 illegal abortions every day, which take a toll on women’s physical and mental health. That is roughly 2.2 million illegal abortions every decade in that country. Unlike states such as Texas, which have found ways of closing almost all abortion clinics in the state, Morocco is actually somewhat liberalizing its law.

More like the conservative US position is Saudi Arabia. Wikipedia notes:

“Abortion in Saudi Arabia is only legal if the abortion will save the woman’s life or if the pregnancy gravely endangers the woman’s physical or mental health.[1] In Saudi Arabia, any approved abortion requires consent from three physicians as well as the patient and her husband or guardian.[1] If an abortion is performed on a woman for any other reason, the violator may be required to pay blood money to the fetus’ family.[1] Laws explicitly deny abortion to families who fear financial instability or an inability to provide the child with education.”

The same Christian fundamentalists who fulminate most loudly against “sharia law” (medieval Muslim canon law) are perfectly happy to impose their own, Christian sharia on secular American society. Some of them are willing to deploy violence to that end, making them religious terrorists. But on this issue, there increasingly isn’t much difference between the American Republican Party and the Wahhabi clerics in their Riyadh madrasas. In both cases, religious, theological doctrines are being made the basis of public law, which is un-American and actually unconstitutional (the First Amendment refers to that as Establishment of religion, which it forbids).