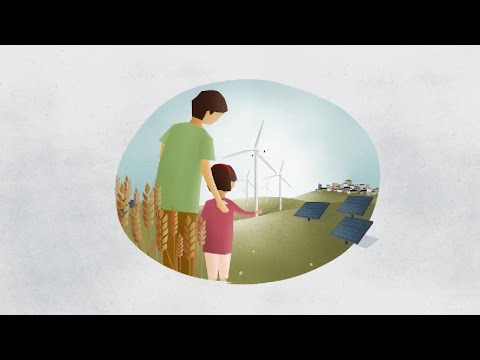 UNITED NATIONS (IPS) – The UN’s heavily-hyped Sustainable Development Goals (SDGs), which were approved by more than 160 world leaders at a summit meeting in September, are an integral part of the world body’s post-2015 development agenda, including the eradication of hunger and poverty by 2030.

But that ambitious goal, warns the UN’s sister institution, the World Bank, can be thwarted by the devastating impact of climate change on the world’s poorest people.

“And without rapid, inclusive and climate-smart development, together with emissions-reductions efforts that protect the poor, there could be more than 100 million additional people in poverty by 2030.”

The report, released ahead of the international climate conference in Paris November 30-December 11, finds that poor people are already at high risk from climate-related shocks, including crop failures from reduced rainfall, spikes in food prices after extreme weather events, and increased incidence of diseases after heat waves and floods.

Titled ‘Shock Waves: Managing the Impacts of Climate Change on Poverty’, the study says such shocks could wipe out hard-won gains, leading to irreversible losses and, driving people back into poverty, particularly in Africa and South Asia.

According to the report, the poorest people are more exposed than the average population to climate-related shocks such as floods, droughts, and heat waves, and they lose much more of their wealth when they are hit.

Poor people are also more exposed to higher temperatures and live in countries where food production is expected to decrease because of climate change, the report notes.

“This report sends a clear message that ending poverty will not be possible unless we take strong action to reduce the threat of climate change on poor people and dramatically reduce harmful emissions,” said World Bank Group President Jim Yong Kim.

“Climate change hits the poorest the hardest, and our challenge now is to protect tens of millions of people from falling into extreme poverty because of a changing climate,” he added.

Asked for a response, Harjeet Singh, Climate Policy Manager at ActionAid, told IPS the World Bank’s analysis of poor people’s vulnerability to climate impacts is not new, but it rightly highlights that poverty cannot be addressed without tackling climate change.

He said poor people and poor countries are most vulnerable to climate change as they have limited assets, skills and knowledge to overcome the effects.

“However, the World Bank is coming late to the game with its talk of improving social protection to fight the effects of climate change”, Singh said.

In reality, he pointed out, the World Bank has had a long and dubious record of forcing developing countries to reduce their public expenditure to provide basic services, and protecting socially and economically weaker populations.

“It will need to address this before it can reliably practise what the report preaches,” he declared.

Louise Whiting, senior policy analyst, water security and climate change at the UK-based WaterAid, told IPS the world’s poorest are most at risk from climate change and are receiving the least amount of climate-change financing to help them adapt to climate-related weather shocks including flood, drought and heat waves.

“Our research tells us that in Bangladesh alone, an estimated 38 million lives are at risk between now and 2050 because of climate-change related disasters,” she pointed out.

“The climate path we are on now means an end to development – an end to all progress on extreme poverty.”

She said for families living in extreme poverty, with fragile access to safe water, good sanitation and hygiene, these lengthening dry seasons and intensifying monsoons wipe out years of work and further entrench the cycle of poverty.

Leaders at this month’s crucial talks in Paris must not forget the world’s poorest, and include a strong focus on helping them to adapt to this challenging new reality, she added.

World Bank: “Managing the Impacts of Climate Change on Poverty”