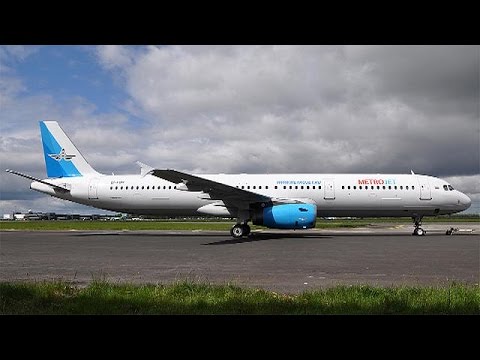 Daesh (ISIS, ISIL) in the Sinai Peninsula made a big deal of claiming they shot down a Russian airliner Saturday morning. They did not. The plane was at 30,000 feet when it got into trouble. Anti-aircraft weaponry like Manpads can’t reach those altitudes.

This kind of grandstanding is typical of the radical vigilantes in this tiny organization. They don’t have any real strength in the Sinai, either. They have some good fighters and some fair equipment and can sometimes duke it out with an Egyptian army platoon. But their main advantage in the Sinai is not that they are popular or numerous or powerful but that it is a big rugged place where they are hard to locate and can fight a guerrilla war.

The Sinai Peninsula has a population of about 600,000. It is about a fourth the size of Wyoming but has a similar population. But both have wide expanses and are thinly populated. It is Egypt’s old west. Egypt’s population is about 84 million; I don’t think some small groups in Sinai can take the Egyptian Army. Members of Daesh in Sinai are local radicals with local grievances (especially the Egyptian state’s neglect of the Bedouin-background people living in the interior away from the tourist sites). The small guerrilla groups had local names until last year when they suddenly declared themselves Daesh. This is like a juvenile delinquent shaving his head. He’s the same pimply 17-year-old, he’s just trying to project menace that would be hard to achieve without riding the coattails of some known unpleasant iconic group.

In the Nile Valley, from Alexandria down to Aswan, no one likes Daesh/ ISIL. No one. In fact, people were traumatized by the authoritarian tendencies of even the moderate Muslim Brotherhood and I think the latter’s popularity has plummeted. Pious people often wear beards in Egypt, and Salafi women sometimes try to adopt the Gulf-style black full veil called niqab. But both are deeply disliked. Egyptians have a mainstream Sunni Islam that is sort of like Brazilian Catholicism and is not fundamentalist. Most Egyptians don’t like fundamentalism, and virtually no one likes militant fundamentalism. So you hear stories of young men shaving because they don’t want to get the stinkeye as they walk in the street. Egypt’s Mufti routinely orders girls in his audience to take off the niqab, pronouncing it un-Egyptian.

Daesh (ISIS, ISIL), is a weird cult with almost no popular support. It probably rules over about 3 million people in the far east of the Arab world, having kidnapped them at gunpoint or having convinced them that the alternative is worse. Western journalism has been snookered by this small mafia of some 25,000 fighters into thinking they are important and will remain so. Nope. Flash in the pan. Muslim version of People’s Temple.

Daesh has made some of its biggest splashes with a smartphone camera and some petty thuggery. (Grabbing someone and killing him is not that hard, and illiterate teenagers in American inner cities do it every day). In a day of news as infotainment, per-minute payments for advertisements, and social media, a single beheading can create an impression. But like 15,000 people a year are murdered in the United States and since most of those murders are committed by gunmen, we’re not allowed to talk about those.

When Daesh took the province of Raqqa in Syria, population 800,000, at least 400,000 or 500,000 people promptly ran away from them. When they took Mosul, a metropolitan area of 2 million, again about half the population fled. Journalists talk about Daesh ruling 9 million people, not taking into account this very substantial voting with the feet.

Sharm El Sheikh is perfectly safe, as is the rest of Egypt, for tourism, as long as you go through regular channels. People shouldn’t let themselves be spooked by these small time desert thugs. That is what they want, to hurt the Egyptian economy. Go see the Pyramids if you haven’t. You’ll get a personal tour and it won’t be crowded. Air travel is the safest way to get around. Last year in the US 30,000 died in auto accidents and almost no one in plane crashes.