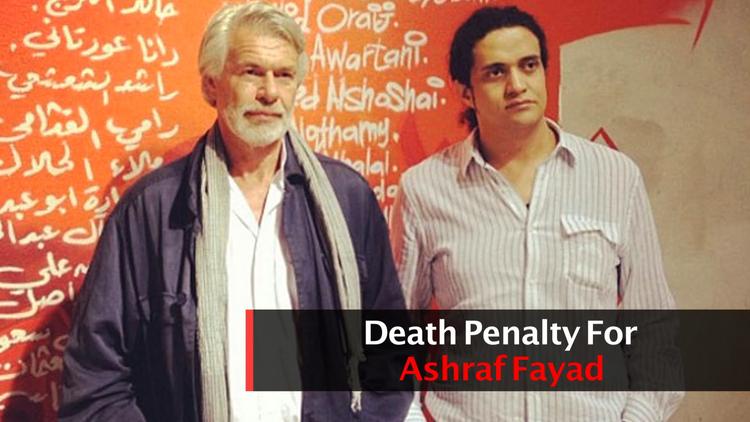 Poet Ashraf Fayad has been sentenced to death by a Saudi Arabian court. He was charged with accusations of public ‘blasphemy’ and has less than 30 days to appeal.”

“(Beirut) – A Saudi court sentenced a Palestinian man to death for apostasy on November 17, 2015, for alleged blasphemous statements during a discussion group and in a book of his poetry.

The accused, Ashraf Fayadh, 35, denies the charges and claims that another man made false accusations to the country’s religious police following a personal dispute. Fayadh has 30 days to file his appeal.

“Regardless of what Fayadh said or didn’t say, Saudi Arabia should stop arresting people for their personal beliefs,” said Sarah Leah Whitson, Middle East director. “The fact that Ashraf Fayadh is facing the prospect of being beheaded only adds to the outrageousness of this court ruling.”

The Guardian reported that Fayadh was born in Saudi Arabia and is a member of the British-Saudi art organization Edge of Arabia, and has curated art shows in Jeddah and Venice. “