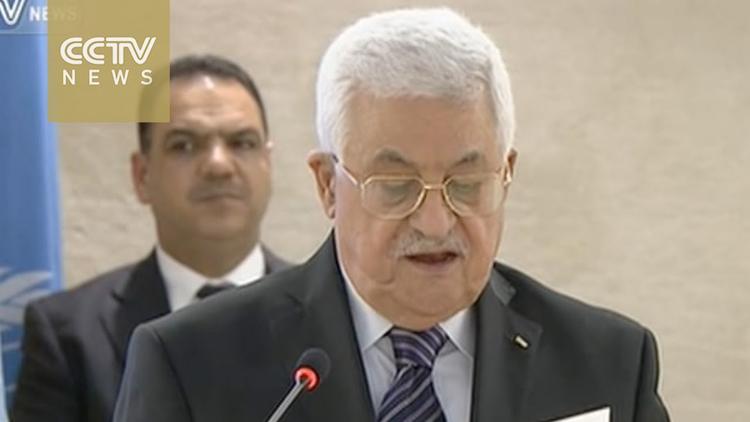 Riyad Al-Maliki told Fatah-affiliated radio station Mawtini on Saturday that Abbas and his delegation had urged the ICC’s Chief Prosecutor Fatou Bensouda to “immediately start a probe on Israeli occupation crimes against the Palestinian people.”

He also requested that Bensouda send a delegation from the ICC to the occupied Palestinian territory to document Israeli violations of international law, al-Maliki said.

The Palestinian delegation has submitted documentation to the ICC several times since January, which it will likely take years to process.

Also during his trip to the Hague, Abbas met with members of the Center for Information and Documentation on Israel, a Dutch pro-Israel lobby and Antisemitism watchdog.

“The president wanted to meet with the Jewish community in order to correct the stereotypes they were being dictated by the Israeli embassy,” al-Maliki said.

The president also said that he and the Palestinian Authority “never asked anyone to boycott Israel,” only products produced in the settlements.

“Despite the sharpness of the questions…the meeting achieved very important results serving the strategic goals the president has been working on,” the FM added.

Abbas’ Palestinian Authority has largely been silent during the recent weeks of unrest that have left nearly 70 Palestinians and 10 Israelis dead.

Despite a warning last month that the PA would cut security coordination with Israel, critics say the body has worked with Israel to quell attacks.

Earlier this week, New Zealand announced it was drafting a resolution for the UN Security Council to call on Palestinians not to take Israel to the ICC so as to allow for a renewed peace process.

However, Israel rejected the draft resolution which would have required the state to halt settlement construction and home demolitions in the occupied West Bank.

The Palestinian leadership swore earlier this month to bring cases of “extrajudicial execution” by Israeli forces to the ICC, after a number of Palestinians were killed while apparently posing no threat.