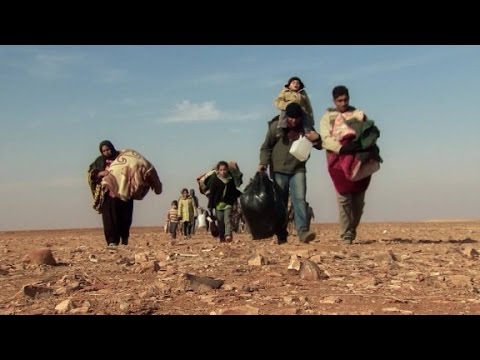 Perhaps no words more beautifully define who we are as a people than those etched in that emblem of American freedom that has welcomed countless immigrants to our shores, the Statue of Liberty. At its base, it reads:

“Give me your tired, your poor,
Your huddled masses yearning to breathe free,
The wretched refuse of your teeming shore.
Send these, the homeless, tempest-tost to me,
I lift my lamp beside the golden door!”

America has served as a beacon for millions over the centuries who sought freedom from tyranny, war, and oppression and dreamed of building a better life on our welcoming shores. America was created by immigrants and many of them, such Apple founder Steve Jobs’ mother (a Syrian), disk jockey Casey Kasem, Central Command head General John Abizaid, and singer Paula Abdul were Arabs who have been embraced by us and have enriched our society.

But it has not always been so and our actions have not always matched our lofty ideals. One has but to recall the anti-Irish immigrant sentiment that reared its ugly head in Boston when waves of Catholic Irish immigrants fleeing the 19th century potato famine in their homeland were greeted by “Irish need not apply” signs on storefronts to see examples of a darker side to Americans. During time of overseas war, Americans have often given into xenophobic tendencies and turned against migrants. During World War I the Justice Department made up a list of almost half a million Germans in America who were defined as “aliens,” and then imprisoned 4,000 of them as potential spies.

During World War II, the U.S. incarcerated as many as 120,000 Japanese, the majority of them American citizens, due to fears that they would act as fifth column for the Imperial Japanese Army. And during the Second World War, fear of an influx of refugees from the conflict in Europe, combined with anti-Semitism, resulted in the notorious St. Louis tragedy. In this incident a ship, the St. Louis, carrying hundreds of Jewish refugees fleeing Nazism in Europe was prevented from landing in Florida (shots were fired across its bow to keep it away and the Coast Guard was dispatched to prevent it from landing). Its passengers were sent back to Europe where many disappeared in Nazi death camps.

At that time a poll showed that two two-thirds of the respondents agreed with the proposition that “we should try to keep them [Jews] out.” Many feared that the Jews were a threat and Representative Jacob Thorkelson, a Republican from Montana, warned that Jewish refugees were part of an “invisible government,” an organization that was tied to the “communistic Jew” and to “Jewish international financers.”

We now look on those actions as stains on our traditions, and we like to believe we have evolved since then.

Alas, in the last few days 31 governors have joined in the backlash against Syrian war refugees (caused by the fact that one of the Paris attackers may have disguised himself as one of the hundreds of thousands of Syrian refugees) and announced that they are refusing to accept Syrians fleeing ISIS and the war in Syria. One of the governors who has vowed to close his state’s doors to Syrian refugees, Robert Bentley of Alabama, has gone so far as to counter-factually state that there have been some “major threats against the United States after 9/11” and that “all those individuals came out of refugee programs.” These sort of bogus claims have given rise to a new hate-filled term for Syrian refugees, “refujihadis.”

This sort of fear-mongering by politicians is contradicted by the facts. Of the almost three quarters of a million refugees settled in America since the September 11th attacks, only two have been arrested for terrorism according to the Economist.

The closest thing to a refugee terrorist attack on America was the case of the Boston Marathon Bombing by two terrorists who were asylees, not refugees (as I demonstrate in my book Inferno in Chechnya, the Tsarnaevs were economic immigrants from the stable country of Kyrgyzstan who had not actually spent real time in the warzone in Chechnya).

We need to face the reality that we played a significant role in creating the refugee crisis by overthrowing the Iraqi government in 2003 destabilizing the region. We now have a moral responsibility to those who are fleeing the warzones in Iraq and Syria. In contrast, the Germans and Turks, who opposed the war, have accepted approximately 1.5 million and 2 million refugees, respectively. After the Paris tragedy, French President Francois Hollande, speaking of his country’s “duty to humanity,” doubled down on his own country’s decision to accept 30,000 refugees from Syria and said “Through terror Daesh [ISIS] wants to instill with is butchery the poison of suspicion stigmatization of division. We must never give into the temptation to cut ourselves off.” The American contribution to this humanitarian crisis by contrast is to accept a paltry 10,000 Syrian refugees, and these are not wanted by governors in 31 states.

The American public, governors, and members of Congress are right to demand assurances about the refugee vetting process, which, by the way, takes 18 to 24 months. But we also need to remember that the Syrian refugees are voting with their feet and abandoning ISIS’s self-proclaimed Caliphate. Surrendering to anti-immigrant impulses betrays our national heritage of inclusiveness, openness to others, and desire to share the liberties we all enjoy. As Paul Krugman writes in the New York Times “the biggest danger terrorism poses to our society comes not from the direct harm inflicted, but from the wrong-headed responses it can inspire.”

For in the words of Benjamin Franklin “Those who sacrifice liberty for security, deserve neither.”

Professor Brian Glyn Williams is author of The Last Warlord. The Life and Legend of Dostum, the Afghan Warrior who Led U.S. Special Forces to Topple the Taliban Regime