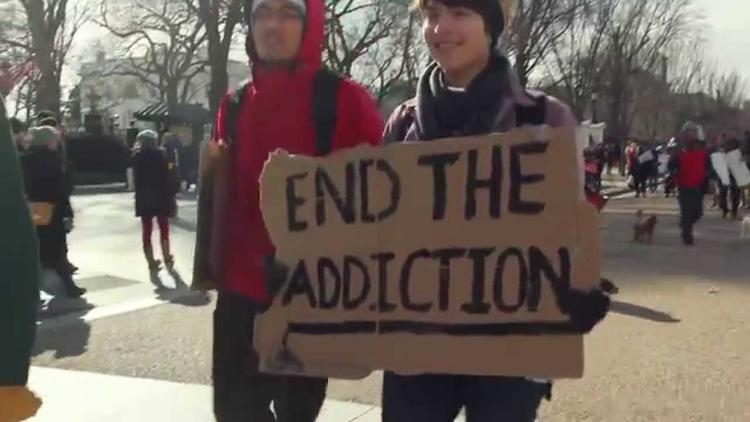 “ VICTORY! President Obama just announced that he will reject the Keystone XL tar sands pipeline.. After more than seven years of hard work and amazing dedication, we achieved a monumental victory in the fight to protect our planet from the disastrous effects of fossil fuels and carbon pollution.

Note: This clip overlays Obama’s 2007 campaign speech against the ‘tyranny of oil’ over the Keystone XL victory.

Alas the reality of Friday’s press conference rathet contrasted with this feel-good victory video, with Obama sticking to his ‘all of the above’ diction and pooh-poohing how dangerous Keystone XL was (if it had started a lot of tar-sands distribution points and encouraged tar sands extraction, it was very dangerous to the planet indeed). That 2007 speech on the tyranny of oil is long gone from memory. He kind of ruined the moment, which has become kind of a signature of his late second term. – JC

The White House: “The President Delivers a Statement on the Keystone XL Pipeline”