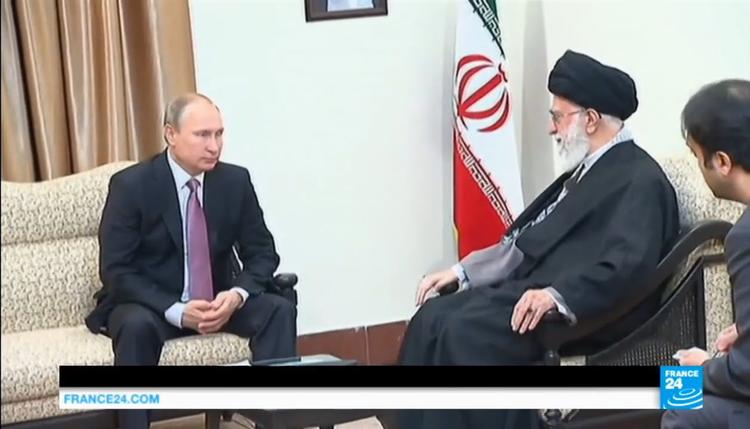 It may not be the original version of the first . . . edition of the Koran, dating back 1,500 years, but it’s still quite a book.

In a meeting heavily publicized by Russian media, President Vladimir Putin on November 23 gave Iranian Supreme Leader Ali Khamenei one of the few copies made of the original edition of the Muslim holy book, which was first . . . [promulgated in manuscript] in the 7th century.

The copy, one of only a handful such reproductions that still exist, is somewhat of a treasure unto itself, with its own saga.

In the years leading up to and after the Prophet Muhammad’s death in A.D. 632, his teachings — which Muslims believe were God’s instructions given directly to him — were memorized by his followers and passed on orally, which sometimes resulted in differing variations.

In A.D. 651, the Muslim caliph, or leader, Osman decided to codify Muhammad’s teachings in a single book. Only five Osman — also spelled Othman or Uthman — Korans were [published in manuscript].

The history most commonly accepted by scholars is that after Osman was murdered by a mob, his successor, Ali, brought the Osman Koran to northern Iraq, which was later conquered and pillaged by the legendary Central Asian ruler Tamerlane at the turn of the 14-15th centuries.

Tamerlane ordered that the Osman Koran be brought back to the capital of his vast empire, Samarkand, which now sits in central Uzbekistan.

A portion of another of the five original Osman Korans is believed to be stored in Istanbul’s Topkapi Palace, though some scholars have doubted its provenance.

Tamerlane’s Koran was stored in Samarkand’s majestic Khoja Ahrar Mosque for four centuries until the conquering armies of Imperial Russia occupied Central Asia — then known as Turkestan. In 1869, the Russian governor sent the Koran to the Russian imperial capital, St. Petersburg, for storage in the royal library there.

In 1905, ethnographers realized the historic significance of the book and ordered 50 copies to be made. Half of those were sold. Five were presented to Tsar Nicholas II and other dignitaries of the time, including the Ottoman sultan in Istanbul, the emir of Bukhara, and others.

In the early 1920s, Bolshevik leader Vladimir Lenin, seeking to keep the Muslim territories of Central Asia from revolting against the young Soviet state, offered to send the original Osman Koran back to Uzbekistan.

In 1924, it arrived in the Uzbek capital, Tashkent, where today it is stored in the library of the Telyashayakh Mosque.