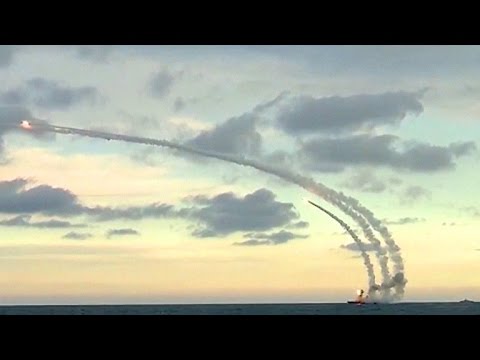 the Syrian observatory said that the Russian strikes on the eastern province of Deir al-Zor killed 36 on Friday. Meanwhile, Russia also bombed positions in Idlib and other provinces, including with a cruise missile, which, according to the Russian foreign minister, killed 600 fighters of Daesh (ISIS, ISIL) and al-Qaeda (Nusra Front).

Despite these body counts, bombing alone will not win the war with Daesh. There has to be some force on the ground that can take advantage of air strikes on Daesh.

Moscow bombing raids are hurting the finances of Daesh. Russia says it has hit 500 gasoline trucks in recent days. Likewise, they have destroyed 15 petroleum storage facilities. Russia estimates that this war on Daesh oil is costing the organization $1.5 million daily, i.e. that is the amount it is not making because of Russian strikes.

Again, these actions are hurting Daesh, but they will not destroy it, and entirely halting gasoline smuggling from 30,000 feet is impossible.

In addition, a Russian government spokesman said, “23 gunmen training bases have been destroyed, 19 plants producing armaments and explosives, as well as 47 ammunition depots and other facilities”.

Although Russian help since mid-October has allowed the Syrian Arab Army fighting for the regime of Bashar al-Assad to make advances in southern Aleppo, and to lift sieges on an airbase and on regime-held western Aleppo, in other areas the regime has lost ground. Hama and the M4 highway are in danger of being cut off. In November, there has been a stalemate in this area.