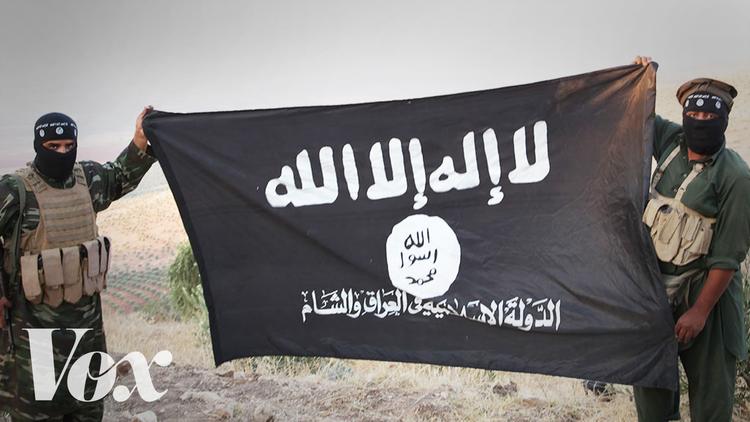 Some analysts trying to understand Daesh (ISIL, ISIS) had suggested that it differs from al-Qaeda in its emphasis on taking and holding territory, thus becoming a state– something that al-Qaeda was largely uninterested in. They expected the self-proclaimed “caliph” Abu Bakr al-Baghdadi to concentrate his resources on local statebuilding.

The Daesh attack on Paris, assuming that was what it was, contradicts the state-building model and looks more like the tactics of al-Qaeda. How to understand this paradox?

Al-Qaeda from the late 1990s had scattered cells in numerous countries but held no territory on its own. It had a doctrine that terrorist strikes could initiate the popular overthrow governments or make them withdraw from the fray. It thus put its efforts into hitting the “far enemy” (i.e. the United States) rather than the “near enemy,” since it had tried striking local states but found them propped up by the US. Thus, the Egyptian Islamic Jihad of Ayman al-Zawahiri joined the Islamic Grouping to assassinate Egyptian President Anwar El Sadat in 1981, hoping the act would lead to a popular uprising on the model of Iran. But the US was giving Egypt $2 bn. a year after Camp David and helped stabilize it. When al-Zawahiri joined Usama Bin Laden’s al-Qaeda in northern Pakistan, he was convinced of the “far enemy” strategy. Al-Zawahiri succeeded Bin Laden after the US killed the latter and is now the head of core al-Qaeda.

The contrast between the state-building model and the terror-cell model can easily be exaggerated. The some 5,000 Arab al-Qaeda fighters in Afghanistan became the 55th Brigade of the Taliban after 1994, and so were in a way a part of a state. But they sacrificed the Taliban state for the opportunity to hit the US and draw it into what they were sure would be a ruinous war in Afghanistan, on the model of their anti-Soviet holy war of the 1980s.

And, Daesh has routinely conducted bombings and other acts of terrorism in Baghdad and elsewhere, as an adjunct to its standing militia and state-building in al-Raqqa and Mosul, attempting to weaken its enemies through terrorism.

Even so, the Paris attacks are clearly a dangerous tactic for a state with territory and a return address (al-Qaeda’s cell structure meant that it did not really have a return address, despite its bases in southeastern Afghanistan and northwestern Pakistan). How to think about Daesh’s current strategy?

I would argue that Daesh is analogous to the pirate enclaves of the early modern period. Al-Raqqa, Palmyra, Mosul, Falluja and Ramadi function for it as desert ports, as Tortuga and Port Royal did for pirates in the Caribbean and St. Mary’s on Madagascar did for pirates in the Indian Ocean. It is easy to be misled by the organization’s language of “state.” It is a militia of some 25,000 fighters who conduct raids. They don’t actually do much governing of the places they dominate, and mainly extract resources from them. Tribal raiding states in it for the loot have been common in Middle Eastern history, as with Nadir Shah in the eighteenth century. Looting one city pays for the raid that lets you loot the next. They even make the people who want to emigrate and escape their rule pay a sort of exit ransom.

Pirates liked island strongholds, as Louis Sicking has argued. He says that they used them to shelter their ships from storms, to take on food and water, as dwelling-places, especially in winter, as points from which to intercept cargo ships, as places to store and hide their looted treasure, and as places to keep hostages for ransom.

If we think of the armored vehicles, humvees and other conveyances Daesh captured from the Iraqi army at Mosul as analogous to pirate ships, and of the towns they have taken over as island settlements, we can see that Daesh functions as desert pirates. They captured oil refineries and smuggle gasoline and kerosene (black gold) to Turkey. They take hostages for ransom and store them in their desert ports until they receive payment. With regard to foreign hostages, if they aren’t paid, as is typically the case with US hostages, they execute them very publicly so as to increase the likelihood of payment for the next hostages. They actively seek hostages as a means of money-making. They also capture young women and engage in human trafficking and forms of sex slavery, just as the pirates used to. And, they loot conquered populations, just as the pirates did.

Pirates primarily preyed on the shipping trade, but as an organized naval force they could be enlisted in para-military actions on occasion, as with Pierre Lafitte’s participation on the American side against the British in 1814 as part of the War of 1812. Barataria Bay in Louisiana was Lafitte’s al-Raqqa. It had a population of as many as 1,000 marauders. Since the US population is about 80 times greater today than then, this is like a population of 80,000 in today’s US. That is roughly the pre-Daesh population of al-Raqqa in Syria, the organization’s current capital. Barataria Bay was deployed as a base to attack British vessels coming from Jamaica with the intent of overwhelming New Orleans. It is not so different for Daesh to use its desert ports as bases from which to attack sovereign states like Syria, Iraq and France.

It might be objected that pirate strongholds were typically dens of iniquity whereas Daesh is running a hyper-puritan state. But pirate captains often imposed puritan codes of behavior on their crews. And, the actual behavior of Daesh fighters, who capture, buy and sell slave girls for sex, and loot households, is less puritan than hedonistic, despite their religious slogans.

Seen through this lens, the Daesh attack on Paris was similar to a pirate raid in the past. Modern transportation networks open inland cities to such attacks. Although it was not a direct act of theft in the way most pirate raids would have been, it did have material benefits for the phony caliphate. Daesh leaders hope that such horrific spectacles will help in recruiting foreign fighters with some military experience, the most valuable fighters on Mesopotamian battlefronts (and for whom it has to compete with the Syrian al-Qaeda affiliate, the Support Front or Jabhat al-Nusra). Its wealthy Salafi oil tycoon supporters in the Gulf are also likely to send it more money if it is seen as actively taking on the Christian imperial powers of the North Atlantic world. To some extent, the attack was expected to attract men and money, just as a pirate raid of the past would have. Pirate raids often involved forms of brutality and the infliction of humiliation on the adversary. These actions intended to make royal navies chary of frontally attacking the pirates. Likely the Paris attacks also were intended to function as the Madrid bombings of 2004 did, pushing a country out of the Middle East (Spain got out of Iraq after that).

The analogy, as with all analogies, is inexact. But seeing Daesh as a set of raiding pirate strongholds rather than as a conventional state makes sense of its various activities, which include local brigandage, oil and drug smuggling, human trafficking, and raids abroad. The policy implication of this way of viewing it is that President Obama’s containment strategy won’t work. As a raiding state, Daesh can’t be contained. It has to be rolled up, and political concerns about the image of Kurdish or Shiite allies of the US on the ground conquering Sunni Arab populations simply have to be set aside.

Vox: “Why ISIS would attack Paris”