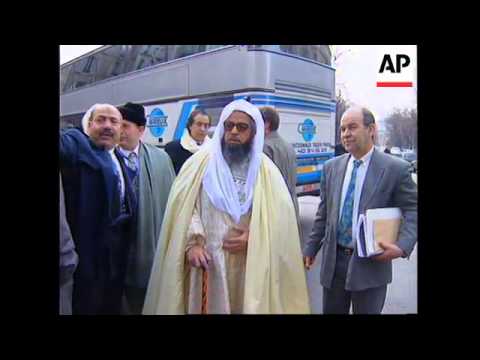 Last [September], Vox journalist Max Fisher recounted a interesting story about an exchange between Larry King and a Muslim fan seeking a photo. Upon learning the fan was from Saudi Arabia, the former CNN host told him that he is Jewish and wondered aloud if a snapshot with a Jew might not be welcomed in the man’s Muslim country. After smiling for the picture, King offered this parting quip: “Now, please go fight ISIS!”

To the general public, these comments may not appear to be blatant expressions of prejudice. But these seemingly innocuous conjectures about Saudi anti-Semitism and Muslims’ collective responsibility for ISIS are laden with problematic assumptions and contribute to pervasive negative views of Muslims. Fisher explains how King’s remarks were

“…the subtle expression of stereotypes and prejudices about Muslims and their way of life: the presumption that simply because of their religion or ethnicity, Muslims and Arabs are violent, backward, misogynist, and anti-Semitic. That unlike ‘us’ they are less than ‘normal,’ or even less than human.”

Fisher’s piece reminded us of another example of this “subtle expression of stereotypes” about Muslims: the oft-deployed recommendation that more Muslims need to condemn terrorism.

“Why don’t more Muslims condemn terrorism? They should speak up.”

Some variation of this expression invariably comes up every time a Muslim individual or group commits some act of large-scale violence. Many media personalities, politicians, and religious leaders have called upon Muslim leaders to denounce violence committed by their co-religionists. In January, for instance, New York Times columnist Tom Friedman called on Muslims worldwide to “shed their ambivalence” and participate in a “million-person march” to denounce extremism. To many, these calls seem perfectly appropriate, even necessary.

Yet Todd Green, Associate Professor of Religion at Luther College, makes three important critiques of this persistent request. In a piece in Sojourners, he notes that it presumes an inherent link between Islam and violence, and ignores the fact that while some Muslims may cite their religious tradition as their inspiration to commit violence, the vast majority of Muslims point to their faith as the impetus for living lives of peaceful service.

Green also points out that urging Muslims to condemn terrorism presumes that they are not, and overlooks the “overwhelming” evidence to the contrary — evidence that in this Internet-driven day in age, can be accessed on an iPhone in the palm of one’s hand. He also notes that demanding that Muslims condemn terrorism allows those making such demands — usually non-Muslim Westerners — to conveniently overlook or absolve themselves of responsibility for much of the past and present violence that plagues the world. It’s a way: “to project our sins of commission and omission onto the Muslim ‘Other’ so that we need not take seriously our own complicity in a violent world order.”

Calls for Muslims to reject terrorism are presented as an innocent suggestion, a piece of well-intentioned advice. But, in reality, these calls for condemnations often further entrench the stereotype that Muslims and their religion are inextricably tied to violence.