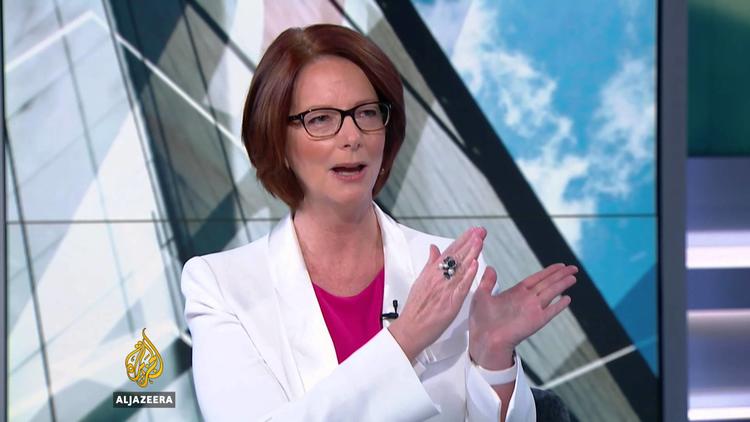 Israeli Prime Minister Binyamin Netanyahu appointed West Bank squatter Ran Baratz to be his director of communications on the eve of his procession Monday to Washington to demand a vast increase in annual US aid to Israel, which includes civilian as well as military grants of some $3 bn. a year. Netanyahu wants $5 bn. now, or $50 billion over the next ten years.

One wouldn’t even complain about this aid if Israel weren’t using it in part to occupy the stateless Palestinians. But it is worth noting that the US doesn’t give such sums to NATO allies like France or Britain or even Turkey. Israel is a wealthy country. It already receives special access to the US market and technology. But there is no point in complaining about this tax on American households for Netanyahu’s brutal policies toward Palestinians. As long as Congress is bought and sold, this sort of thing will continue inexorably. In fact, in the terms of Washington debate, it cannot even be brought up as an issue. It is after all a minor piece of corruption, in a political system that is among the more corrupt in the world.

To underline the brazenness of Netanyahu attempting to dictate to Americans their foreign policy, e.g. toward Iran, and then putting his hand out, he is trying to bring on board Baratz. Baratz doesn’t even live in Israel. He is squatting on land he stole from a Palestinian owner.

Baratz thinks that US Secretary of State John Kerry has “the mental age of a twelve-year-old” for trying to make peace between Palestinians and Israelis.

But his remarks on President Obama take the cake. Reacting to Obama’s response to Netanyahu’s speech to Congress last March, Baratz wrote on Facebook:

“Obama’s way of speaking about Netanyahu’s speech — that is the modern face of anti-Semitism in Western and liberal countries . . . And that comes, of course, with much tolerance and understanding toward Islamic anti-Semitism.”

The press has focused on Baratz’s accusation that Obama is a racist who dislikes Jews on racial grounds. But the charge that he is tolerant and understanding toward “Muslim anti-Semitism” is what is really interesting. Is Baratz a birther, implying that Obama is a Muslim or crypto-Muslim? And that is what drives his alleged Jew-hatred? Baratz’s mental world is hardly shared by all Israelis, but it is symptomatic of the pathologies of the Israeli right wing, which is only tenuously anchored in any sort of normal reality.

Baratz has apologized, sort of (he said these were only Facebook comments ‘appropriate to an individual.’ Where I come from, baselessly calling people racists and sympathizers with other racists is never ‘appropriate.’)

Barak Ravid at Haaretz, the liberal Israeli newspaper, had some fun with Netanyahu over this debacle: “It is not clear who is the man who planted in the head of Netanyahu the idea of appointing [Dr Ran] Baratz as his personal spokesman, the face of the State of Israel and the one who runs for him from one TV studio to another. Perhaps it was the Mufti who persuaded him to do so…It is not that Netanyahu does not agree with a big part of what Baratz wrote, but between thinking something and publishing it in Facebook the difference is great…”

Observers on Twitter are saying that Baratz is actually quite moderate and respectful in his views of Obama and other US politicians as compared to other members of Netanyahu’s circle.

Netanyahu told Kerry he'll reconsider Ran Baratz as media chief. According to that logic he should reconsider his entire coalition

But don’t worry. Israeli skinheads can spit on the US commander in chief all they want from the prime minister’s office, and he’ll just get out a hanky, wipe off the spittle, and meekly ask how much he should write the check for.

UpFront – The US and the pro-Israel lobby