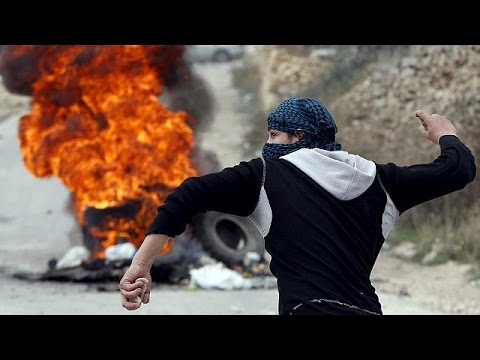 HEBRON (Ma’an) — As Hebron remains at the center of violence in the occupied Palestinian territory, Israeli rights group B’Tselem on Friday condemned Israeli actions there as “immoral” and “awful.”

At least 22 Palestinians have been killed by Israeli forces in the Hebron district since the beginning of last month, the majority after allegedly attempting attacks on Israelis.

Following documentation of restrictions placed in the area by Israeli forces since the increase in violence, B’Tselem said that the moves protect Israeli settlers in the area while punishing the greater Palestinian public.

The group said that new restrictions placed by Israeli forces on Palestinians in the Hebron area fall in line with an old Israeli policy based on the “principle of separation.”

The policy is in effect a physical and legal segregation between Israeli settlers living illegally in the area and protected by the Israeli military, and the Palestinian majority, B’Tselem said.

While the Israeli army has pledged to “continue to allow as normal a fabric of life as possible for all residents,” B’Tselem said the statement was “a far cry from reality.”

“There has been no ‘normal fabric of life’ in Hebron for many days, and the measures taken in the name of security are draconian and not dictated by reality,” the group said.

On Oct. 29, Israeli forces completely closed off the city’s Tel Rumeidah neighborhood near the Old City to Palestinians.

Access has only been given to “registered residents” of the area who must go through lengthy security checks upon entering and leaving, the group said.

Names of residents are verified on lists held by Israeli forces at the Bab al-Zawiya military checkpoint leading into the neighborhood.

Some residents refused to add their names to the list in a bid to protest a policy that requires them to hold a permit to enter their own homes, B’Tselem reported, while others have been denied entry due to mistakes made by checkpoint personnel.

Around 50 Palestinian families live in Tel Rumeida, three of whom recently left after harassment from Israeli authorities, B’Tselem said, adding that a field researcher who visited the area said it “looks like a ghost town.”

Those who remain visible in the neighborhood are Israeli settlers, many carrying firearms, who are protected by heavily-armed Israeli military forces.

Hebron-area villages and towns have also come under punitive measures from Israeli authorities.

The village of Dura west of Hebron was sealed by a gate, forcing residents who wish to enter and exit the area to travel via a narrow and rough backroad.

South of Hebron, Israeli forces have been individually checking every person and vehicle crossing out of the city of Yatta, resulting in massive traffic backups, B’Tselem said.

Gates now block the exits of Beit Einun and Bani Naim east of Hebron, and all men under the age of 25 have been prevented exit from the village of Sair since Nov. 1, according to documentation by the group.

“These steps constitute collective punishment of residents of Hebron who are suspected of nothing and are forced to suffer serious disruptions in their daily lives,” B’Tselem said.