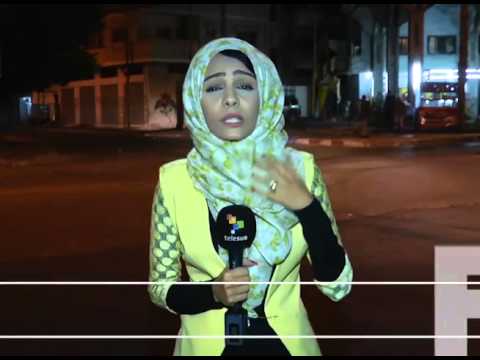 BETHLEHEM (Ma’an) — Israeli forces shot and wounded at least 2,617 Palestinians with live and rubber-coated steel bullets through October, the Palestinian Red Cross said Sunday, as clashes carried on into the new month.

A Red Crescent spokesperson told Ma’an that at least 760 Palestinians were shot with live rounds across the occupied Palestinian territory, while another 1,857 were hit with rubber-coated steel bullets.

He said that a further 5,399 Palestinians were treated for excessive tear gas inhalation during the period, while another 246 were injured in other ways, including assault by Israeli soldiers and burns from tear gas canisters.

The spokesperson said that it brought the total injured during October to 8,262 Palestinians.

For most parts of the occupied Palestinian territory, October was also the deadliest month since the Second Intifada, with at least 69 Palestinians killed by Israeli forces.

While 26 were shot dead during clashes, another 40 Palestinians were shot dead after Israel alleges they attempted or carried out attacks on Israelis.

While Palestinians agree that a number of Palestinians were shot dead while carrying out attacks — ultimately claiming 10 Israelis’ lives — footage and witness testimony have raised serious doubts over the Israeli army’s version of events in many of the other cases.

Moreover, Palestinian, Israeli and international rights groups have said that in the majority of cases, Israeli forces needlessly killed their alleged attackers when they posed no imminent threat, a practice Israeli group B’Tselem referred to as “extrajudicial executions.”

Amnesty International said last week that Israeli force appeared “to have ripped up the rulebook and resorted to extreme and unlawful measures.”

The UN High Commissioner for Human Rights, Zeid Raad al-Hussein said: “The high number of casualties, in particular those resulting from the use of live ammunition by Israeli security forces, raise concerns of excessive use of force, and violations of the right to life and security of the person.”

The wave of unrest that swept the occupied Palestinian territory last month seemed unabated at the start of November, as fresh clashes left more Palestinians injured on Sunday.

Ashraf al-Qidra, a spokesperson for Gaza’s Ministry of Health, said that both Palestinians were hit in their lower extremities and taken to Shuhada al-Aqsa Hospital in moderate condition.

The Palestinian Authority Ministry of Health told Ma’an that one Palestinian was shot in his abdomen and the other in his thigh. They were both taken to Beit Jala governmental hospital for treatment and were in a stable condition.

The Red Crescent said that at least four were hit with rubber-coated steel bullets in clashes in Tulkarem, while further clashes were reported in a number of other flashpoints across the occupied West Bank.

A Palestinian was also shot dead by Israeli forces in the village of Beit Einun just east of Hebron in the first death this month.

The Israeli army said he attempted to stab a soldier, although they also said it took place during clashes inside the village. No Israelis were injured during the incident.